Balasubrahmanyam: The gifted singer with no formal training

More than 40,000 songs under the belt in a career spanning over five decades 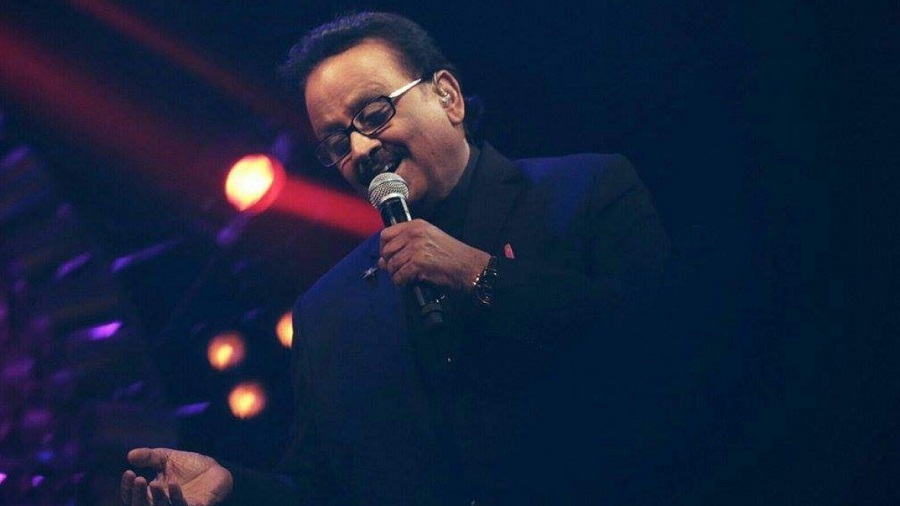 The mesmerising voice of Balasubramanyam, who died aged 74 at a hospital in Chennai after being treated for Covid-19, endeared him to millions of fans as he strode like a colossus in the film and stage music world with numerous hits in 16 languages, more dominantly in South Indian films -- Tamil and his mother tongue Telugu.

Quite unassuming despite his unparalleled achievements, including countless national and state awards and the coveted Padma Shri and Padma Padma Bhushan, he worked with generations of music composers, crooning a staggering 40,000 plus songs during his enviable over five decade career.

An extraordinary singer, who was influenced by veteran Mohammed Rafi, SPB stamped his class in thousands of evergreen songs, evoking various emotions, be it joy, romance or pathos and later also took to acting in some films.

Living and breathing music aptly fitted him as the gifted singer said a couple of years ago that he was recording a song every day, even over 50 years after he made his debut in 1966, besides being associated with several reality shows on TV.

The evergreen song Ayiram Nilave Vaa (come thousand moons) from MGR starrer Tamil flick Adimaipen catapulted him to fame in 1969 and there had been no looking back for SPB since then.

He carved out a niche for himself after entering the field when the then veterans like T M Soundararajan (TMS) and P B Srinivas were ruling the roost.

For someone with no formal training in classical music, the heights SPB scaled were not something that even well trained singers could touch.

Born on June 4, 1946, in Nellore in neighbouring Andhra Pradesh, the film world was never in the mind of SPB, also fondly called Balu by many of his friends such as music maestro Illayaraja.

"It was never my desire to enter the film industry. I wanted to become a gazetted rank engineer which could fetch Rs 250 salary, a jeep with a chauffeur in the 1960s," he had repeatedly said over the years.

It was renowned playback singer S Janaki who first spotted his talent when he took part in a music competition while pursuing engineering (AMIE) in Chennai and told him he will have a bright future in the film industry if he gave it a shot.

In 1966, his career began with Telugu and Kannada songs with S P Kothandapani, whom SPB regarded as his guru, giving him the opportunity.

His debut song in Tamil "Athanodu Ippadi Irundhu" a duet song with L R Easwari in a movie titled Hotel Rambha never saw the light of the day.

Undeterred, he continued to try for opportunities and his entry in the Tamil film industry happened with Shanthi Nilayam and Adimaipen, both of which hit screens at the same time in 1969.

He bagged the best playback singer award from the Tamil Nadu government for songs in both Adimaipen and Shanthi Nilayam.

He could whistle, mimic any sound or voice and had the uncanny ability to seamlessly blend stammer, laughter, cough or give a voice form to any emotion in songs.

There are thousands of melodies to soothe as in "Vannam Konda," and "Pehla Pehla Pyar Hai", which are all an inseparable part of people's everyday lives.

He proved he can handle classical also with a sterling performance in the 1979 super hit "Sankaraparanam" by K Vishwanath, rendering as many as nine songs, including "Dorakuna Ituvanti Seva" and "Samaja vara gamana".

Celebrations became merrier with his peppy numbers and for over three decades, no new year eve event has gone on in Tamil Nadu without playing of his "Elamai Etho Etho" song.

Songs in several languages, including south Indian and Hindi have the indelible mark of his sweet voice and going beyond playback singing, he showed his impressive music composing skills in movies like "Sikaram."

Acting and dubbing came to him naturally and many movies like "Midhunam", "Kadhalan", "Priyamanavaley", "Manadhil Urudhi Vendum" and "Sathya" vouch for it.

He also had the knack to make his voice appear as though the particular actor himself rendered it.

On the "secret", he had once said a singer has to be an actor to bring compatibility. "I have never changed my voice for Rajini or Kamal," he had said years ago.

He underwent a surgery, though Latha Mangeshkar had advised him against it and started singing after a gap.

In his 54-year career, SPB acknowledged the influence of veteran singer Mohammed Rafi on him , especially during his early years in playback singing.

Renowned for his diction in Tamil now, it would be hard to believe that music composer M S Viswanathan had once told SPB that he could consider giving him an opportunity only if he learnt Tamil pronunciation properly.

"I learnt Tamil mainly through movie wall posters," he used to tell his fans with a chuckle. he always improvised, wherever it was possible, in making songs more lively and he candidly disclosed even things considered closely guarded secrets.

"Singing in a single go without pausing for breath is just a gimmick and not true and it is only a technological innovation," he had said.

In the 1990 Tamil flick Keladi Kanmani the "Mannil Indha" song had a portion that was claimed to have been rendered "without taking a breath."

He always reinvented himself and for about 20 years, hosted innumerable reality music shows on television.

SPB was known for self-ridicule, love for ice-cream, a self-proclaimed smoker for 35 years and a social drinker.

Though accolades kept pouring his way as his stature rose, he continued to be humble and became more spiritual.

On his success, he used to say it was a God given gift and probably had a connection to his previous births since he had even rendered classical compositions, which he neither understood nor was trained for.

"I love my life. If possible I dont want to die. I have a passion for life," he had said once while speaking about his spiritual inclinations.

Contrary to the special care taken by many singers to protect their voice, SPB enjoyed ice creams, chilled drinks and sweets. "I used to effortlessly eat half a kilo of sweets at one go," he had said several times.

His friendship with music maestro Ilayaraja is legendary and their combine produced innumerable songs, which will forever be remembered in the Tamil speaking world.

His love for K J Yesudas is also well known and he used to always address him as guru.