Despite Modi's popularity and a mega campaign, the gathbandhan is set to cause severe damage to the ruling party in UP 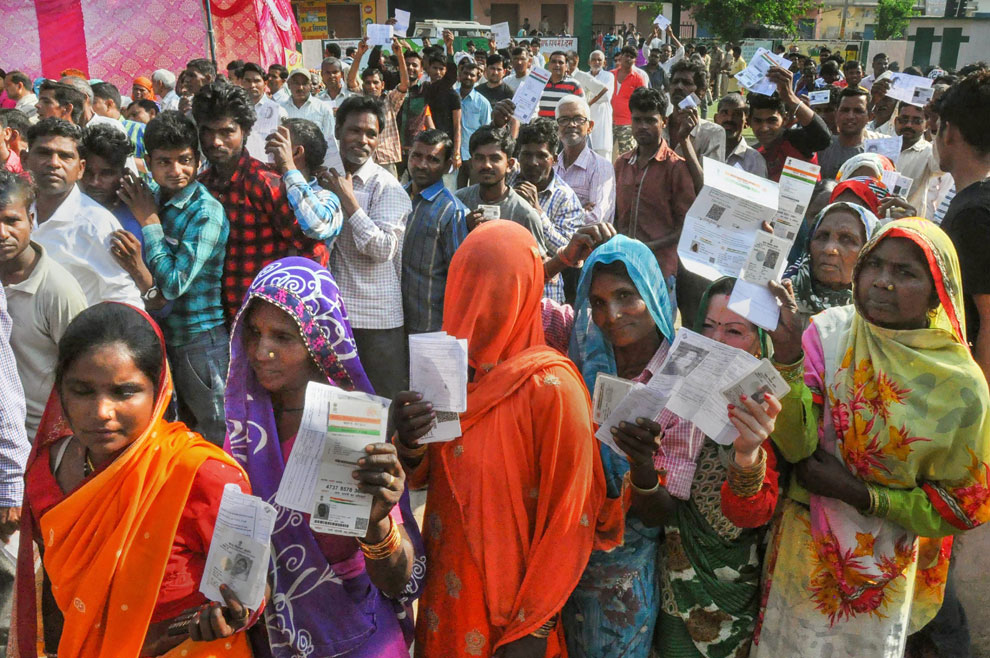 Relaxing outside Yakubpur Chaparra village on the Moradabad-Rampur highway, Mohammad Jabbar and Ram Ratan can tell you the exact division of votes between “gathbandhan” and “phool” a day before polling.

“In our village, out of around 1,200 votes 850 will go to the gathbandhan and the rest for phool,” Ram Ratan, a Jatav, says matter-of-factly.

“This time there is very little confusion. People know which side they stand,” Jabbar, a farmer in his fifties, concurs.

Yakubpur Chaparra falls under the Sambhal Lok Sabha seat that went to the polls in the third phase on Tuesday.

Both Jabbar and Ram Ratan, were sure the candidate of the gathbandhan — the popular name for the SP-BSP-RLD alliance — Shafiqur Rahman Barq, who is contesting on the Samajwadi Party’s ticket, will win by a huge margin.

A firm BSP supporter, he said Jatavs — the core support base of the BSP — will press the button on the cycle, the Samajwadi symbol.

In village after village along the Delhi-Rampur highway that leads to tourist destinations in the Uttarakhand hills, the supporters of the Bahujan Samaj Party and the Samajwadi Party looked united and said their votes were seamlessly getting transferred to gathbandhan candidates, whether they were contesting on the “elephant” (BSP), “cycle” (SP) or the “hand pump” (RLD) symbol.

At Amroha on the way, the gathbandhan voters said they had voted together and in large numbers.

This has spread concern in the BJP, which alone had won 71 of the state’s 80 seats in 2014. Two more were picked up by ally Apna Dal, taking the NDA tally to 73.

Despite the popularity of Prime Minister Narendra Modi and a mega campaign by the BJP’s propaganda machinery, which has painted a picture of “no alternative to Modi”, the gathbandhan looks set to cause severe damage to the ruling party in Uttar Pradesh.

BJP leaders, however, feel this would be neutralised by gains in the east and the Northeast. “In our calculation, we have factored in a loss of around 20-25 seats in UP. But we will pick up new seats in Bengal, Odisha and the Northeast. Everybody will be stunned by our performance in Bengal,” one senior BJP leader said.

In Uttar Pradesh, a rough estimate shows that there are at least 35 seats where the BJP stands no chance if the supporters of the BSP, SP and the RLD come together.

After the third phase polling in 26 constituencies, mostly in the west of the state, the BJP’s internal reports suggest a loss of more than half the seats. In 2014, it had won all 26. Given the demography, the gathbandhan’s arithmetic looks strong. On many seats, Muslims — who form the SP’s support base — and Jatavs account for up to 50 per cent or more votes.

Sambhal is an example. The BJP had won the seat by just over 5,000 votes in 2014. SP’s Shafiqur Rehman Barq had stood second, polling over 3.5 lakh votes. The BSP’s Muslim candidate had bagged over 2.5 lakh votes. With the SP and the BSP together now, the BJP’s chances dim.

Like Sambhal, on many other seats in western Uttar Pradesh, both the SP and the BSP had fielded Muslim candidates, splitting the minority voters and allowing the BJP to win.

“Apart from joining hands, the BSP-SP leadership together has picked their candidates very carefully. Only on some seats the Congress has fielded popular Muslim candidates but we still hope the voters on the ground know who to vote for,” one top SP leader said. This leader said that gathbandhan voters were turning up in larger numbers to vote than that of the BJP.

Despite the confidence of making up for the loss with its performance in the east, BJP managers acknowledge that it will be tough if a substantial number of seats are lost in other heartland states. They concede that they are likely to suffer reverses, though minor, in Gujarat, Rajasthan, Madhya Pradesh, Chhattisgarh, Bihar, Jharkhand and Maharashtra. The BJP had won all 51 seats in Gujarat and Rajasthan besides a large chunk in the other states.

“Even if we lose a couple of seats in each of these states, then along with UP, it could add up to a big number. It would be very difficult to neutralise this loss from Bengal and Odisha,” one BJP leader said.