His dentist wife and father, a retired senior superintendent of police, tested positive on Wednesday 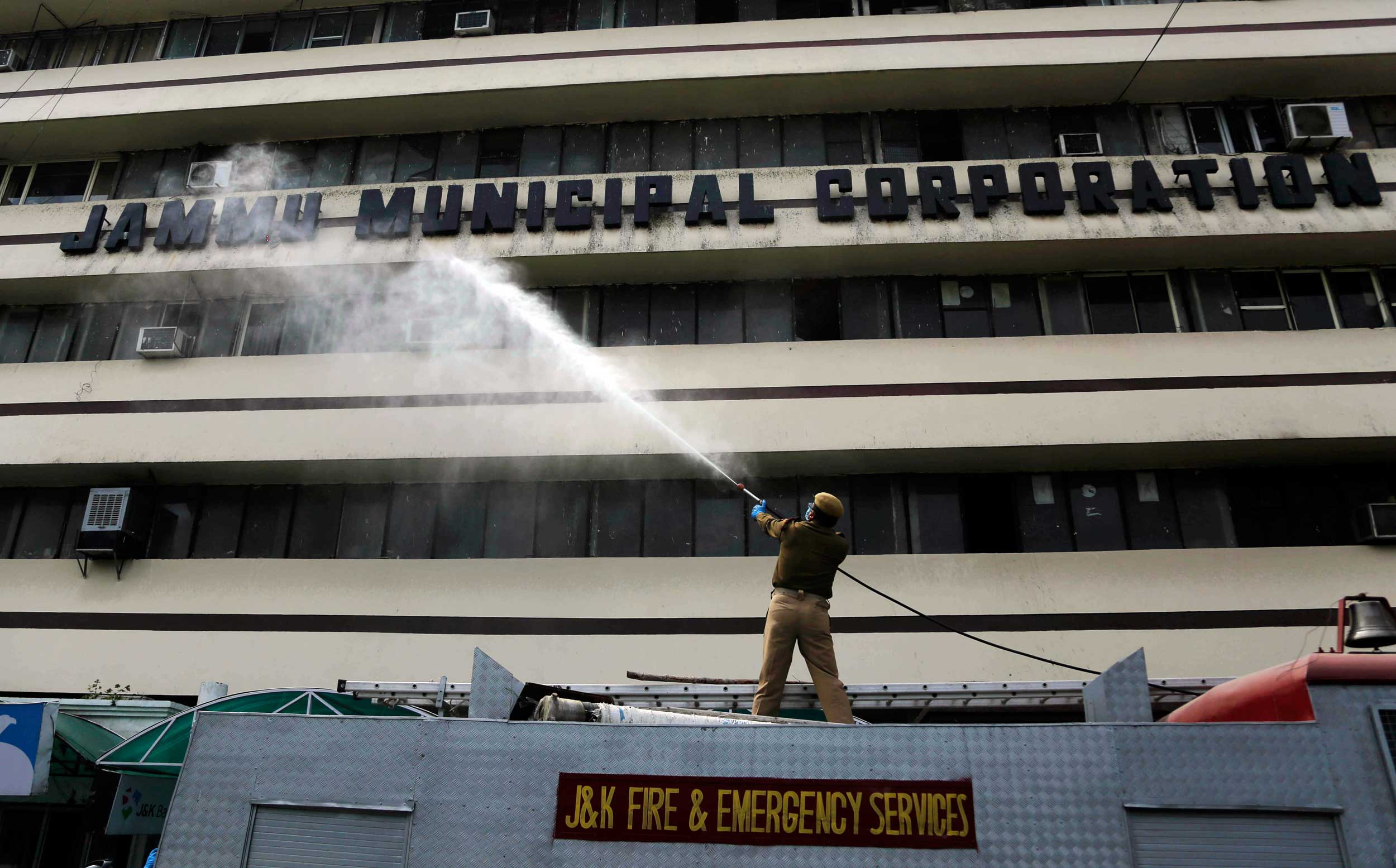 A coronavirus-positive doctor in Jammu whose father and wife seem to have caught the infection from him has had his suffering compounded by what some have suggested is a smear campaign with communal overtones.

The assistant professor of microbiology at Jammu Medical College, who believes he got infected while performing his professional duties at the affiliated hospital, developed symptoms on Saturday and tested positive on Sunday.

His dentist wife and father, a retired senior superintendent of police, tested positive on Wednesday.

Now the ailing family is grappling with media reports linking their infections to last month’s congregation at Nizamuddin in Delhi, rather than the microbiologist’s exposure to the virus while collecting samples from patients at the Jammu hospital.

The doctor has denied attending the congregation or having any links with its organiser, the Tablighi Jamaat.

A Jammu newspaper on Monday quoted Dr Shashi Soodan, head of microbiology at the medical college, as saying his infected junior was not part of the coronavirus testing team. The implication seemed to be that he had got infected somewhere else.

However, Dr Soodan told The Telegraph on Thursday that the infected doctor was “100 per cent” part of the sample collection team.

The Jammu newspaper claimed it was being ascertained whether the infected doctor had come in contact with pilgrims from “Saudi Arabia, Iran or Indonesia”.

Jammu High Court lawyer Sheikh Shakeel Ahmad said the hospital was distancing itself from the doctor’s infection to deflect any possible charge of wrongdoing or negligence.

The doctor told this newspaper he had been asked to wear “only a mask and gloves, not the full protective gear” at the sample collection centre.

Ahmad, the lawyer, regretted that some people were communalising the matter by linking the doctor to the Tablighi Jamat congregation.

A PTI report from Delhi had on Tuesday referred to the microbiology assistant professor as a “doctor friend” of a Tablighi Jamaat preacher from the Valley who had died of the infection on March 25. The preacher had been at the Nizamuddin congregation.

“Both (doctor and preacher) addressed a religious congregation in a mosque in Samba on the outskirts of the city (Jammu). The two were together till March 16 and stayed at a lodge, since sealed, in Bari Brahmana outside Jammu city,” the agency said. Some other media outlets published similar reports.

The doctor, now being treated at a Jammu hospital, told this newspaper he had “never been associated with the Tablighi Jamaat”.

“I can’t recall that I ever joined any of their congregations,” he said over the phone.

“I was at the collection centre; I did not go anywhere else (in recent days). I did not go even to the market or any other crowded place.”

He said he had been tasked with collecting samples for coronavirus tests from March 13 to 19. He then returned to his normal duties at the medical college and hospital.

“We had instructions (at the collection centre) to sit in the doctors’ room, where we would have no direct contact with the patients,” he said.

“We were told to maintain the records, note certain particulars and to wear only a mask and gloves — not the full protective gear.”

Asked whether the Jammu newspaper had quoted her correctly, she said she had not been reading newspapers.

“I haven’t the time to read any newspapers. We are busy with tests day and night,” she said.

The family seems to have paid a price for the alleged Tablighi Jamaat link. For days after the doctor tested positive and some family members developed symptoms, no one responded to their pleas for help.

The family, including the husband’s aged parents, had gone into home quarantine and wanted immediate tests done on them. It was only on Tuesday that samples were collected from the family members. They had to wait for hospitalisation till Thursday.

A video widely circulated on social media since Wednesday, after the doctor’s wife and father had tested positive, shows the wife weeping bitterly and asking what their “fault” was.

“For the past four days, we have been crying that we have a lady (her mother-in-law, a cardiac patient) inside and why doesn’t anybody care that she will die of a heart attack (because of mental trauma),” she said.

“It all happened because of the hospital’s negligence. Why doesn’t anybody treat us as humans? We have nothing to do with politics.”

Following an uproar, the Jammu administration shifted the three family members and a domestic help, who too has tested positive, to hospital on Thursday.