No clarification yet on direct meeting with government representatives 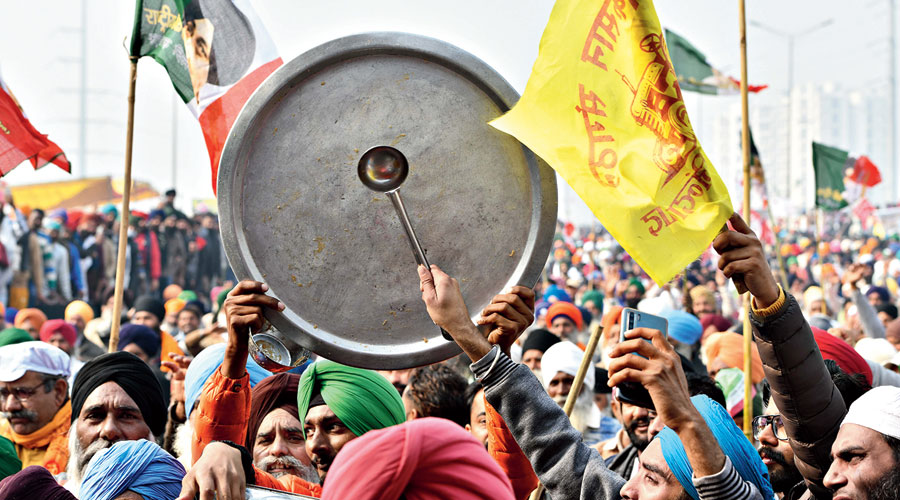 A five-member committee constituted by the Samyukta Kisan Morcha (SKM) for dialogue with the government on the protesting farmers' pending demands on Wednesday said it has received a fresh draft proposal from the Centre and is hopeful of a resolution.

The panel held a meeting in the national capital to discuss the government's fresh proposal.

Talking to reporters after the committee's meeting here, farmer leader Yudhvir Singh said that they discussed a fresh proposal received from the Centre.

"Today, the five-member committee held a meeting. It was in continuation with yesterday's meeting. We had asked some questions to the government. Today we have received a revised draft from the government. We deliberated on the fresh proposal," Singh said.

He said discussions and conclusions reached in the panel will be communicated in the SKM's meeting, which was being held on Wednesday evening.

"If the SKM approves, then we will move forward. If there are no agreements at the SKM meeting, then we will do further discussions," he said.

Asked about the content of the revised draft proposal of the government, Singh said: "We don't have much to say at this moment. We will not tell you anything till we discuss the matter in the SKM meeting."

He did not comment on why there was no direct meeting with the government representative.

"A final call on the government's fresh proposal will be taken during the SKM meeting at the Singhu border," another farmer leader, Gurnam Singh Chaduni, said.

The SKM meeting at the Singhu border protest site on Wednesday is likely to take a decision on whether protesting farmers should end their agitation following the government's fresh proposal.

On Tuesday, the SKM had demanded clarification on certain points in the government's proposal, including on the precondition set for the withdrawal of "fake" cases against farmers.

Farmers from Punjab, Haryana and Uttar Pradesh have been protesting at the borders of the national capital since November 26 last year to demand repeal of the three farm laws.

On November 29, a bill was passed in Parliament to repeal the three contentious farm laws, one of the main demands of the protesting farmers.

But the stalemate continues with the protesters demanding that the government fulfil their other demands that include a legal guarantee on MSP, withdrawal of cases against protesting farmers and compensation to families of those farmers who died during the protest.