Shramik Specials to run at full capacity, have 3 stops in destination states 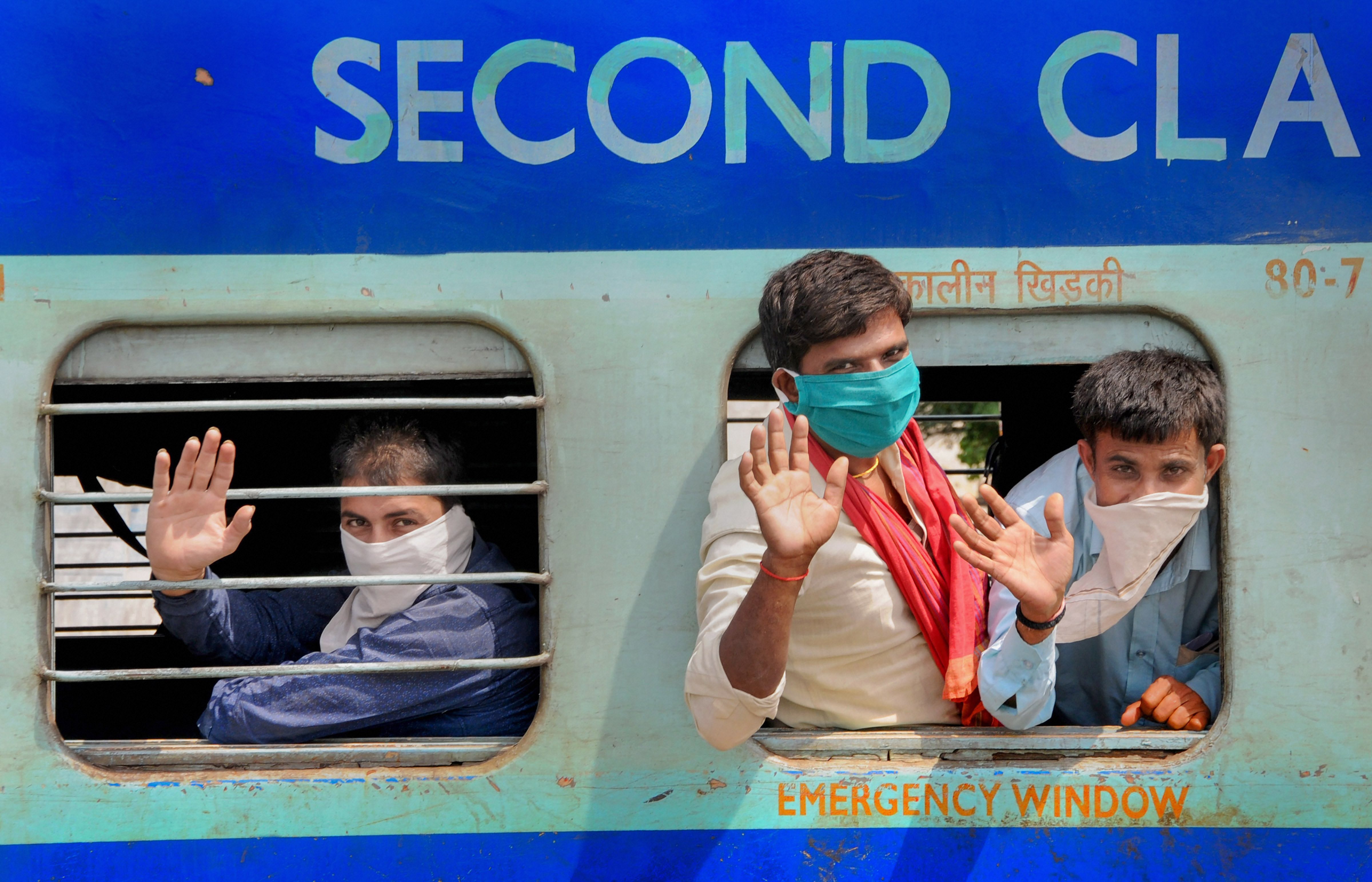 In a bid to ferry more migrants, the railways on Monday decided to carry around 1,700 passengers on board its 'Shramik Special' trains instead of the current 1,200.

According to an order, the railway zones have also been asked to provide three stops in the destination state other than the terminating station, at the request of the state governments.

It also said that the train capacity should be equal to the number of sleeper berths on the train.

The order comes days after Union railway minister Piyush Goyal appealed to all states, especially those that have allowed very few trains, to give approvals liberally.

The issue of approvals for these migrant trains was also discussed in the home secretary's video conference with chief secretaries on Sunday.

Earlier, Union home minister Amit Shah too had appealed to West Bengal to give swift approvals for these trains.

The 'Shramik Special' trains have 24 coaches with a capacity to carry 72 passengers in each coach.

Currently, these trains are running with 54 passengers in each coach due to social distancing norms.

So far, the Indian Railways has ferried over five lakh passengers since May 1 on a total of 468 'Shramik Special' trains.

Bihar has accepted the most workers back with 100 trains, West Bengal has given nod to two, while eight more trains are in the pipeline.

'The railways has a capacity to run 300 trains per day and we want to maximise it. We want to carry as many migrants home as possible over the next few days and have appealed to states to send approvals,' said a senior official explaining the move.

The Indian Railways will partially resume air-conditioned passenger train services from May 12 with ticket bookings for 15 pairs of trains, including to Howrah, set to start from 4pm on Monday.

Tickets will only be available on the IRCTC website (www.irctc.co.in). Ticket counters, including those for platform tickets, at all stations will remain closed. PTI reported that passengers will be asked to arrive at the station at least an hour before departure.

Sources said the trains would have select stops and, initially, the passenger trains would only have AC coaches. Initially, the services will begin on 15 Rajdhani routes and the fare would be equivalent to that of a super-fast train, the railways said.

Passenger services, suspended since the coronavirus lockdown that began on March 25, will start with 15 special trains (for a total of 30 journeys) departing from New Delhi Railway Station on Tuesday, five days before the extended lockdown’s scheduled end on May 17.