Show of support for PTI 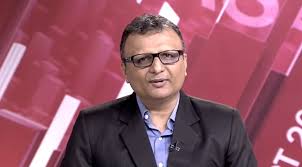 There is no official word yet from Prasar Bharati on its letter to PTI dubbing its coverage “detrimental to national interest” and warning of a review of its subscription to the agency’s news feed.

On Saturday, the recently minted Prasar Bharati News Service (PBNS) had sent a letter to PTI saying it was no longer tenable for the public broadcaster to “be a patron of PTI as a news agency” because of its coverage. The letter also cited Prasar Bharati’s long-pending demand that PTI rationalise its annual subscription fee.

Prasar Bharati insiders found it curious that the letter was sent from the PBNS when it is AIR and Doordarshan that are the biggest consumers of the PTI feed.

The PBNS is a recently launched wing of Prasar Bharati and does not have much of a footprint even on the public broadcaster’s website except for an authenticated Twitter handle.

Multiple questions this newspaper had sent to Prasar Bharati CEO Shashi Shekhar Vempati on Saturday and Sunday had not elicited any response till Sunday night.

Journalists underlined how proximate the Prasar Bharati threat and the 45th anniversary of the Emergency (June 25) were.

“It is ironic that the government has chosen to crack down on a venerable institution like the PTI, hours after marking the 45th anniversary of the Emergency when the press was heavily censored,” the Indian Women’s Press Corps (IWPC) and the Press Association said in a joint statement.

Since one of the purported reasons for Prasar Bharati’s actions is PTI’s interview of the Chinese ambassador in India, the statement said: “The fact is PTI was only doing its professional duty. At a time when the Chinese have intruded into Indian territory, it is the job of the journalist to ask the ‘other side’, in this case a representative of the Chinese government, why this is happening. The interview made all the news — in fact, the Chinese ambassador even conceded, for the first time, that there had been some casualties on the LAC.”

Standing with PTI, the IWPC and the Press Association noted that the authorities had failed to appreciate the meaning of a free, objective and unbiased media, which is the touchstone of a democracy.

The Indian Association of Foreign Correspondents said it was standing solidly with PTI for doing its journalistic duty.

Condemning Prasar Bharati’s arm-twisting, the association said: “It is surprising that those who fought for freedom of the press during (the) Emergency are using exactly the same tactics to muzzle the press.”

In a statement issued jointly from Hyderabad and Chandigarh, the Indian Journalists Union (IJU) condemned Prasar Bharati’s threat and cited not just the Chinese ambassador’s interview but also the interview given to PTI by the Indian ambassador to China in Beijing.

A PTI tweet and news alert had quoted ambassador Vikram Misri as saying that the Chinese troops should move back to their side of the Line of Actual Control in Ladakh, which contradicted Prime Minister Narendra Modi’s claim that there had been no intrusion. A subsequent PTI report based on the interview did not mention the ambassador’s quote.

Describing Prasar Bharati’s action as “blackmail” of the news agency, the IJU said: “In the best traditions of credible, balanced and ethical journalism, PTI carried the interviews of both the Chinese and Indian ambassadors to give their versions to the people. The public broadcaster instead of appreciating the balanced coverage chose to threaten the news agency as its reportage did not conform to the narrative of the ruling establishment....”

Expressing concern over Prasar Bharati “becoming the arm of the ruling establishment and serving its partisan interests instead of serving the public good”, the IJU has urged the Press Council of India to take suo motu cognisance of the threat to cripple the economic viability of India’s premier news agency.