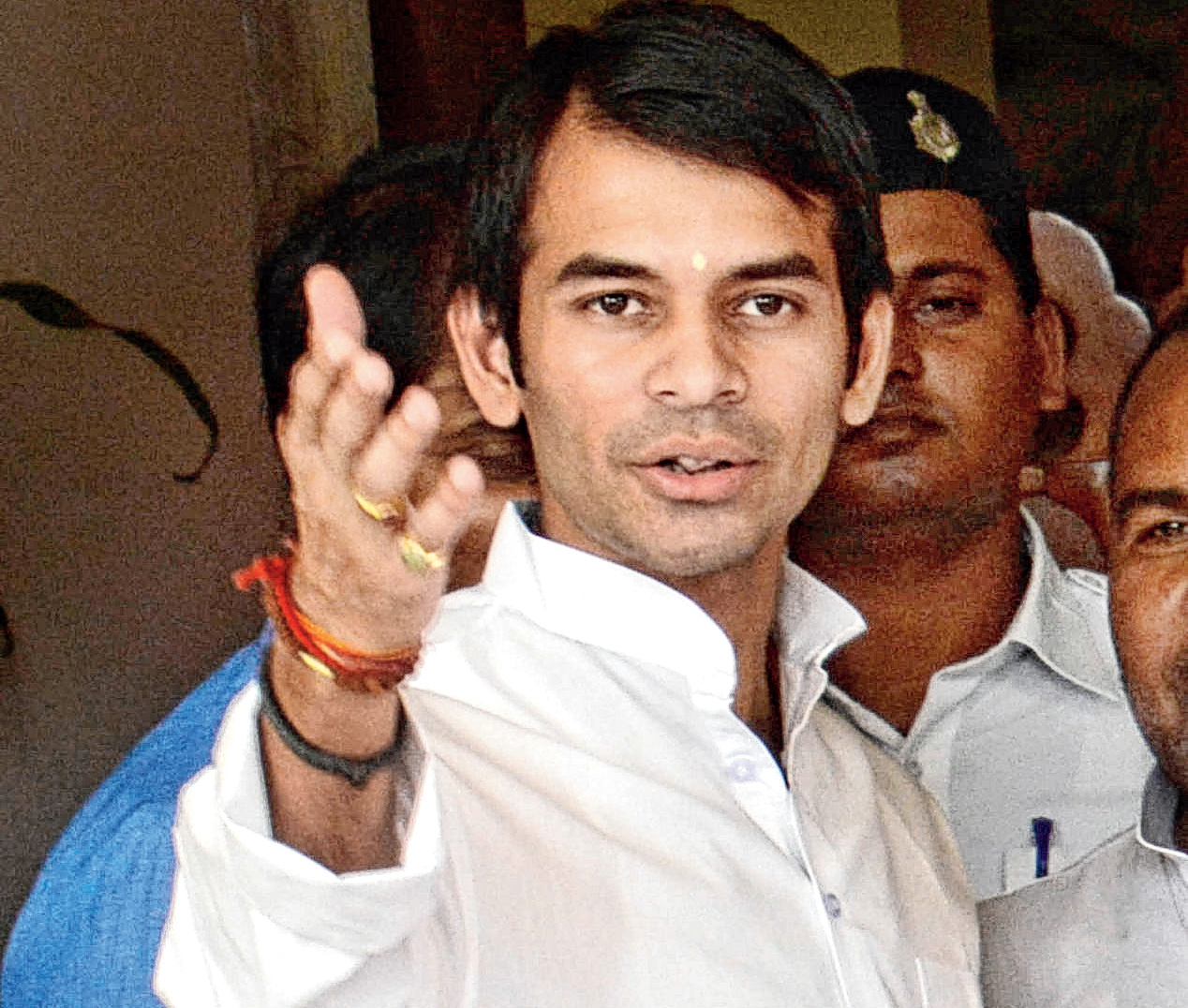 Tej Pratap Yadav, the elder son of RJD supremo Lalu Prasad, has in a letter to Bihar chief minister Nitish Kumar accused the station house officer of Phulwarisharif police station in south Patna of misbehaviour and demanded his suspension.

The letter, which was written on Thursday, became public on Friday when some local news channels started showing a copy of the letter.

Tej, in his letter, accused the cop of misbehaving with him when he had called up to inquire why police did not allow a girl to register a complaint against one of her relatives. The girl, Manjulata Kumari, had turned up at Tej’s janata durbar, which he is holding daily since December 24 to listen to the complaints of people and party workers.

The presence of Sadhu has created ripples in RJD circles as he is considered a persona non grata ever since his relations with sister Rabri Devi and brother-in-law Lalu soured. During the RJD rule in Bihar from 1990 to 2005, Sadhu used to be considered powerful and had won the Gopalganj Lok Sabha seat on a party ticket in 2004.

Sadhu, however, left the party in 2009 after he was denied a ticket and since then the distance between him and Lalu’s family has only grown.

RJD leaders have so far refrained from making any comments on Tej’s janata durbar and Lalu’s eldest son visiting the police station with Sadhu for company. However, they did accept that Tej was trying to use the durbar to stamp his authority on the party and also attract media attention.

A senior RJD leader said: “Had it not been the case then what made Tej issue a statement on the very first day of his durbar that he was ready to lead the party provided an opportunity was given?”

He added that there was no confusion among party leaders and workers on the leadership issue as Lalu had virtually declared Tejashwi as his political heir.

He also revealed that presence of Sadhu with Tej had not gone down well with the party leadership and they were keeping a close watch on the political moves of Lalu’s elder son.

Tej turns up in RJD office for ‘Sangh fight’