Tej turns up in RJD office for ‘Sangh fight’ 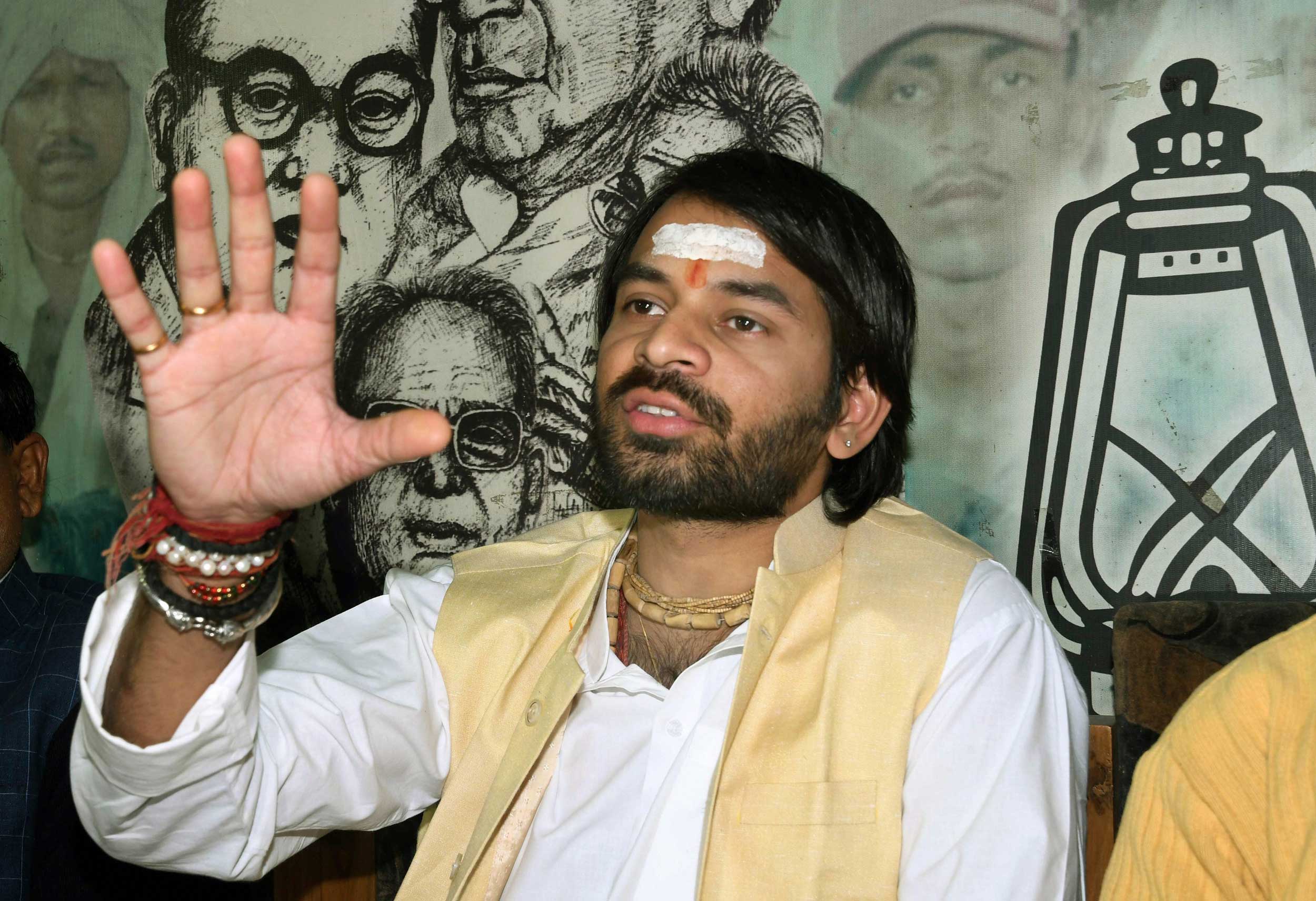 RJD supremo Lalu Prasad’s elder son Tej Pratap Yadav suddenly turned up in the party office here on Sunday for a meeting with youth wing workers, ending weeks of detachment from politics since he filed for divorce from wife Aishwarya Rai.

Media persons reached the RJD office and started firing questions at Tej who tried to shift the focus from his personal problems to the political battle ahead.

The RJD MLA claimed that he was there to chart out the strategy for fighting the RSS-BJP in the 2019 general election.

“Party workers were urging me to come to the office for a long time and hence, I have come here to announce the launch of my fight against the RSS-BJP,” he said.

Asked whether he was getting the support of his family in his fight, Tej, who represents Mahua in the Bihar Assembly, claimed the whole state was with him. He has been living away from his family after he filed the divorce plea.

Tej said he was planning to tour Bihar and make youths aware of the ground realities so that they could be mobilised against the RSS-BJP.

He, however, avoided questions on his personal life, claiming that for now, he was focusing on the political battle.

RJD insiders said the sudden appearance of Tej in the party office and the meeting of his supporters were an attempt to stamp his authority over the organisation, which is being led by his younger brother Tejashwi Yadav.

Tejashwi has emerged as the undisputed leader of the RJD ever since Lalu Prasad was put behind bars in fodder scam cases last year.

“Tej seems to be feeling socially and politically alienated ever since he filed the divorce petition which didn’t get the support of family members. He wants to stamp his authority over the party but it is an open secret now that Tejashwi is going to be our main face and even our leader Lalu Prasad reposes faith in his younger son only when it comes to taking important decisions about the party and its strategy,” an RJD insider said.

A day earlier Tej had cried foul over the non-allocation of a separate bungalow to him by the state government as he didn’t want to live with his family members. On Saturday night, he had turned up at the marriage ceremony of his cousin where his mother and former chief minister Rabri Devi was also present.

Rabri was seen telling something to his elder son as they sat side by side but Tej had remained silent for most of the conversation.

Family sources had earlier hinted that Lalu Prasad, Rabri as well as other family members wanted Tej to make a compromise with his wife. Tej has, however, remained adamant.

Household drama of Lalu sons spills over to House