Shiv Sena shocker amid rise and rise of BJP 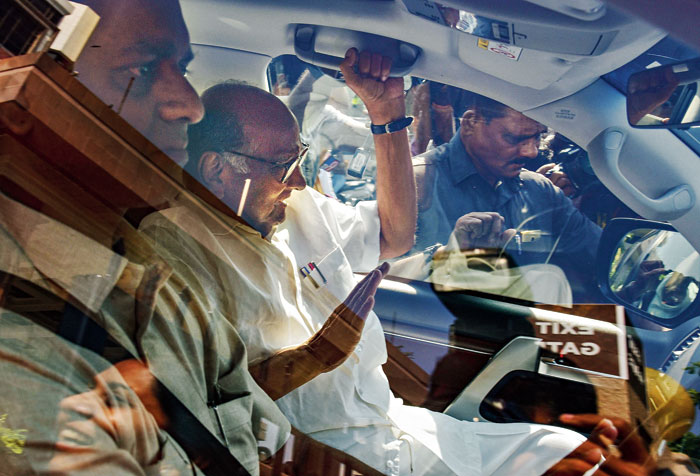 The Shiv Sena dumped the BJP on Monday, handing the spurned ally its first big jolt since the stupendous general election win, “56-inch-chest” adventure in Kashmir and the favourable Ayodhya verdict.

The Sena withdrew its lone minister from the Narendra Modi government, announced the end of its alliance with the BJP and geared to form the government in Maharashtra with the support of unlikely partners NCP and the Congress.

Some signs of hesitation from the Congress, which is acutely conscious of its ideological incompatibility with the militantly pro-Hindutva Sena, seemed to excite some BJP leaders in the evening. But the majority within the party appeared reconciled to losing Maharashtra.

The break-up is particularly discouraging for the BJP since the Sena was its oldest and ideologically closest ally. The separation comes mainly over the Sena’s demand for the chief minister’s post and an equal share in power.

The BJP had thought the Ayodhya verdict in favour of a Ram temple would force the Sena, which had been at the forefront of the temple agitation with the BJP, to swallow its pride and continue the alliance.

On Monday evening, BJP leaders tried to make light of the blow, accusing its estranged partner of greed for power and claiming that Congress support for the Sena would spell doom for both parties.

“Even if the Sena manages to form the government, it will not last long. We will then come back with a clear majority,” a BJP general secretary said.

But the overwhelming mood in the party was one of loss and despondency. Privately, BJP leaders said that losing the country’s second-largest state after virtually winning it was a disaster.

“It’s difficult to stomach losing a state like Maharashtra after coming so close. The Opposition has run away with our victory,” a BJP leader said.

Others were dreading what the heartbreak in Maharashtra might mean for the party in other states in the near future.

Elections are scheduled in Jharkhand in December, in Delhi early next year and in Bihar in late 2020. Party sources said that defeats in Jharkhand and Delhi, which are possible, could transform the national mood.

“The Opposition will get emboldened and even our allies, like Nitish Kumar in Bihar, will start acting tough,” an MP said.

A BJP insider rued that the party’s aura of invincibility had been shredded within six months of the humongous general election results.

Having wiped the floor with the national Opposition in May, and buoyed by its government’s hard-line moves in Jammu and Kashmir, the BJP had expected cakewalks in Maharashtra and Haryana. It had hoped to win a majority on its own in Maharashtra, which would have made the Sena’s support redundant.

While the hung verdict in Haryana and the reduced tally in Maharashtra came as a rude shock, the BJP still chose to project them as big victories, confident of retaining power in both. It quickly enlisted the support of the fledgling Jannayak Janta Party of Dushyant Chautala in Haryana, but the Sena landed a crushing blow in Maharashtra.

Party insiders said the RSS had intervened and urged the BJP to accommodate the Sena’s demands for now but the party had demurred, saying the chief minister’s chair was non-negotiable.

“Led by Narendra Modi, the top leadership had celebrated victory in Maharashtra and Haryana. Now we have lost a state we had won. Can we claim it’s not a jolt?” a BJP leader said.

The 57-year-old Rajya Sabha MP has been leading the Sena’s charge for equal share in power with the BJP.