Advocate Sunil Fernandes said another petition challenging the imposition of President's rule in the state was being readied. 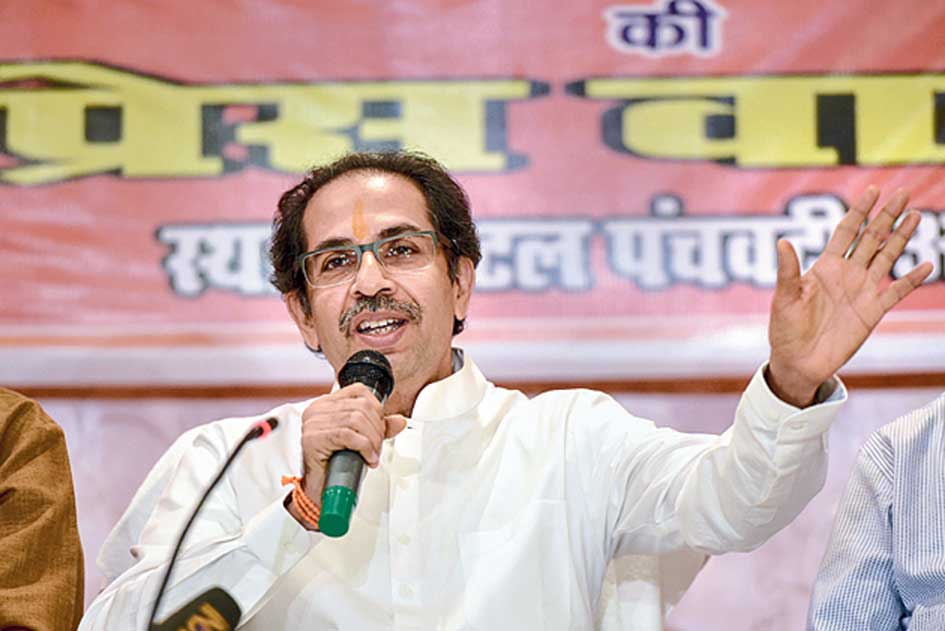 The Shiv Sena had sought a direction from the apex court to quash governor Bhagat Singh Koshyari's decision of not giving it the opportunity to prove majority on the floor of the House.
(PTI)
PTI   |   New Delhi   |   Published 13.11.19, 12:41 PM

The Shiv Sena on Wednesday did not mention in the Supreme Court its plea challenging the governor's decision to deny it three days' time to get the letter of support to form the government in Maharashtra.

Ahead of the apex court judges commencing the hearing in the courtroom, the lawyers representing Shiv Sena told PTI that the party has preferred not to mention the petition as there was change in the political situation in the state after the imposition of the President's rule.

Advocate Sunil Fernandes, who had filed the petition on behalf of the Sena, said on Tuesday that the Supreme Court had asked them to mention the writ petition at 10:30 am on Wednesday.

The lawyer said another petition challenging the imposition of President's rule in the state was being readied.

However, Fernandes said: 'We are not filing the fresh petition on behalf of the Shiv Sena today (Wednesday). The decision when to file the petition is yet to be taken.'

Senior advocate Dev Dutt Kamat said that since the President's rule has been imposed in the state, 'there is no hurry to file a fresh petition'.

There is no urgency now and the lawyers will wait for the instructions, he said.

The Shiv Sena had on Tuesday moved the apex court challenging governor Bhagat Singh Koshyari's decision but failed to get an urgent hearing in the matter.

It had sought a direction from the apex court to quash Koshyari's decision of not giving it the opportunity to prove majority on the floor of the House.

The party had claimed that it was invited to form the government on Monday and had indicated its willingness to do so on Tuesday.

In the petition, it had contended that the governor's decision was violative of Articles 14 and 21 of the Constitution.

The plea said the governor's decision rejecting the claim of the Shiv Sena, which is the second largest party with 56 MLAs, to form the government is 'ex facie arbitrary, unconstitutional and violative of article 14'.

In the 288-member Maharashtra Assembly, the BJP emerged as the single largest party but fell short of the majority of 145 by 40 seats.

In the petition, the Shiv Sena had made the ministry of home affairs, the Maharashtra government and the Sharad Pawar-led NCP as respondents.

The petition had said as per constitutional conventions and practices, the governor is duty-bound to allow reasonable time for political parties to conclude their negotiation on government formation and not act as an 'agent or mouthpiece of the central government'.

The governor has to allow reasonable time to political outfits to present the conclusion of their negotiations before taking a decision to reject any claim to form the government, it said.

The Union cabinet on Tuesday recommended President's rule in Maharashtra even as top leaders from the NCP, Congress and Shiv Sena held a flurry of consultations in a bid to tot up the numbers and resolve the impasse over government formation in the state since the Assembly polls last month.