However, New Delhi’s extension of several laws to Kashmir without the state assembly’s support has led to the increased alienation felt by Kashmiris 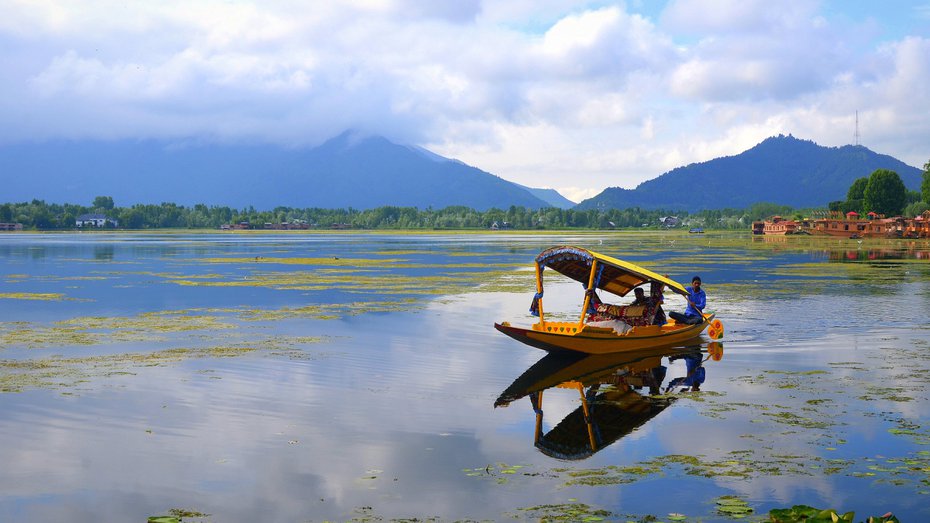 At the time of accession to India, Kashmir had given the centre only three subjects—defence, foreign affairs and communications—nothing more. All other subjects would be in the state’s domain
iStock
Kuldip Nayar   |   Published 05.08.19, 03:10 PM

That Sheikh Abdullah was confined to Kodaikanal in the south for twelve years is a story of misunderstanding. On 8 August 1953, Sheikh Abdullah was dismissed as the prime minister of Kashmir by the then Sadr-i-Riyasat (Constitutional Head of State) Dr Karan Singh, son of the erstwhile Maharaja Hari Singh, on the grounds that he had lost the support of the cabinet. He was not given a chance to prove his majority. Instead, he, along with Mirza Afzal Beg and twenty-two others, were accused of conspiracy against the state for allegedly espousing the cause of an independent Kashmir and were arrested soon after for anti-national activities. The ‘Kashmir conspiracy case’ was framed in 1958 and the trial began in 1959.

After two months’ internment in Ooty, Sheikh Abdullah was taken to the Kohinoor bungalow, a few miles outside Kodaikanal, and remained under house arrest for more than a decade.

Even Sheikh Abdullah’s personal friend, Jawaharlal Nehru, came to doubt him. The Sheikh’s stand was that at the time of accession to India, Kashmir had given the centre only three subjects—defence, foreign affairs and communications—nothing more. All other subjects would be in the state’s domain. Under the rules framed in 1947, in a federation like India the centre has sway over the subjects transferred by the states. It cannot unilaterally extend its authority to other subjects.

But in Kashmir, the central government wanted to usurp all the powers. This is what New Delhi has done and this has led to the Valley’s alienation and hostility. Bodies like the Jan Sangh, the earlier incarnation of the Bharatiya Janata Party (BJP), and leaders like the late Shyama Prasad Mukerji, who died in a Jammu jail, used to insist that Kashmir must accede to India fully and become like any other state without any special status.

This, indeed, is the sad story of New Delhi’s relations with Sheikh Abdullah. When he opposed the centre’s unilateral extension of authority over other subjects he was dismissed even though he had a majority of assembly members with him. According to Abdullah, his dismissal and arrest were ordered by the central government, headed by Jawaharlal Nehru. Some say his arrest was ordered by Nehru himself, others that he came to know of it only after the event.

On 8 April 1964, the state government dropped all charges in this infamous ‘Kashmir conspiracy case’. Sheikh Abdullah was released and returned to Srinagar to an unprecedented welcome by the people of the Valley.

After his release he was reconciled with Nehru. Nehru requested Sheikh Abdullah to act as a bridge between India and Pakistan and make President Ayub Khan agree to come to New Delhi for talks for a final solution of the Kashmir problem. President Ayub also sent telegrams to Nehru and Sheikh Abdullah with the message that as Pakistan too was a party to the Kashmir dispute any resolution of the conflict without its participation would not be acceptable to Pakistan. This paved the way for Sheikh Abdullah’s visit to Pakistan to help broker a solution to the Kashmir problem.

After the war with Pakistan in 1971, and the creation of Bangladesh, Sheikh Abdullah realized that for the survival of this region there was an urgent need to stop confrontational politics and resolve issues by a process of reconciliation and dialogue. When Nehru’s daughter, Indira Gandhi, came to power, the Sheikh started talks with her for normalizing the situation in the region, and came to an accord called the 1974 Indira–Sheikh accord, by giving up Kashmir’s demand for a plebiscite (people’s vote) in lieu of the people being given the right to self rule by a democratically elected government rather than the puppet government which till then had ruled the state. Critics of Sheikh Abdullah hold the view that he gave up the cherished goal of a plebiscite for gaining the chief minister’s chair. The National Conference won an overwhelming majority in the subsequent elections and re-elected Sheikh Abdullah as the chief minister in 1975. He remained as chief minister till his death in 1982.

For example, the Sheikh found the extension of the Supreme Court’s authority to be beneficial. He gladly supported it. But India’s relentless bureaucratic efforts have since made several encroachments in the name of balanced rules and regulations. The fact is that New Delhi unilaterally extended several Indian laws without the state assembly’s support.

The adverse fallout has been the alienation of Kashmiris. They feel cheated and have in growing numbers questioned even their state’s fundamental accession to India. So we are back to the Partition formula even after some seventy years of independence.

I do not claim to know Sheikh Sahib (Sheikh Abdullah)  better than his son. But I can vouch for the Sheikh’s opposition to violence. He was conscious of the fact that the state had more guns than an individual or a political party could muster and it would be foolhardy to confront the government with weapons.

I feel sometimes that Farooq Abdullah has not yet fully understood the nub of the Kashmir problem. It is Kashmiriat, a secular approach against the communal one. The Sheikh supported Maharaja Hari Singh’s accession to India in October 1947, because of the country’s secular credentials. The Kashmiriat, the Sheikh would often say, was akin to Sufism, pluralistic in concept and content. When he preferred India he did so because he saw it following a system which was secular and democratic. For that reason, he rejected Pakistan, a theocratic state.

Before India was partitioned, he sent his close associate, Sadiq Sahib, who subsequently became the state chief minister, to Islamabad to get the feel of Pakistan. On returning, Sadiq reported to the Sheikh that Pakistan wanted to be an Islamic state. The Sheikh straightaway made up his mind and refused to accept any proposal which did not meet with his ethos of secularism. In 1932, Sheikh Abdullah along with Chaudhry Ghulam Abbas, had founded the All Jammu and Kashmir Muslim Conference, which was renamed the National Conference in 1939, in order to represent all the people of the state. The National Conference supported the accession of Kashmir to India. But in 1941, Ghulam Abbas broke away from the party and revived the old Muslim Conference, which supported the accession of Kashmir to Pakistan, and led the movement for Azad Kashmir.