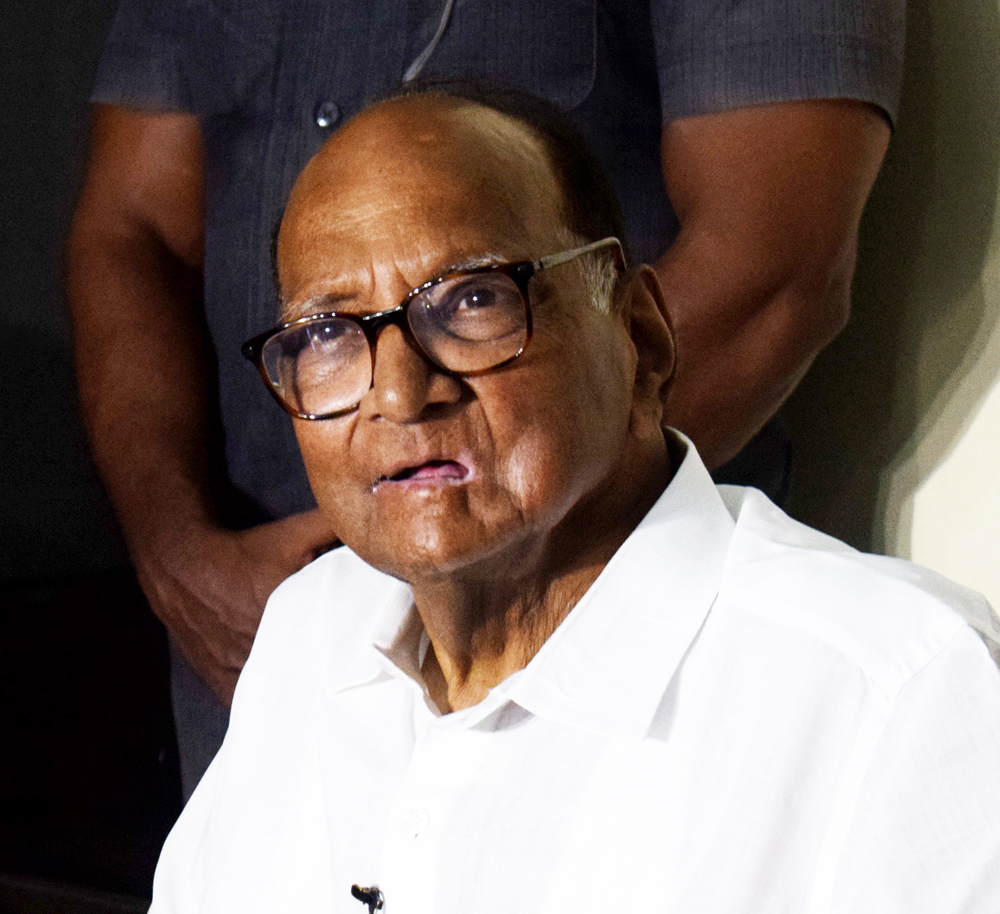 Nationalist Congress Party chief Sharad Pawar on Friday cancelled “for now” a planned, voluntary visit to the office of the Enforcement Directorate, which has named him in a money-laundering case, accepting a request from Mumbai police who feared the trip might trigger law-and-order problems.

Pawar, 78, who believes the case reflects an attempt to “malign” him before the Maharashtra elections, had declared he would visit the ED office in south Mumbai at 2pm although the agency has not summoned him. The former Union minister had appealed to party workers not to gather outside the building.

But NCP workers began pouring into the city, prompting the police to ban assemblies near the ED office and beef up security.

Pawar changed his mind after Mumbai police commissioner Sanjay Barve met him at his home and requested he not visit the ED office.

“I have cancelled (my plan) to go there for now. I’m ready to go there when required. I don’t want to cause inconvenience to the common people,” Pawar said. “We work in politics. But if someone tries to scare us through an agency, they will not succeed.”

He questioned the timing of the case, which comes days ahead of the October 21 Assembly polls in Maharashtra.

“Our impression is the decision was taken to malign the heads of Opposition parties at a particular time. Hence, I wanted to visit the ED office,” the former chief minister said.

“I had conveyed the decision in writing. I got a reply yesterday. It said I had not been summoned, that I need not visit the office….”

Pawar thanked the political leaders who had supported him. “(Congress leaders) Rahul Gandhi, Manmohan Singh and other senior national leaders and the Shiv Sena too supported me. I thank them,” he said.

Rahul had slammed the Modi government for “targeting” Pawar ahead of the Maharashtra polls.

“Sharad Pawar Ji is the latest Opposition leader to be targeted by a vindictive government. The timing of this action, a month before elections in Maharashtra, reeks of political opportunism,” Rahul had tweeted.

Pawar said he did not want to give the impression that he was shying away from facing a probe. “I wanted to visit the office in connection with the case regarding the Maharashtra State Cooperative Bank (the subject of a financial scandal in connection with which the ED has named Pawar),” he told reporters.

“I’m ready to offer whatever cooperation is needed. But I will be out campaigning; hence I would not be available for a probe. No one should mistake this for my not being ready for a probe.”

Pawar denied any wrongdoing and asserted he had never been associated with the cooperative bank in any capacity. He said NCP workers were upset when the ED named him in the case earlier this week.

“They were being stopped from coming to the city. Mumbai’s police commissioner and joint police commissioner met me. The CP said there was a possibility of law and order getting disturbed. I myself have handled the state’s home department in the past….”

NCP workers had staged protests in Mumbai and other parts of the state.

Apart from the neighbourhood of the ED office, the police had banned gatherings in Colaba, Cuffe Parade, Marine Drive, Dongri, Azad Maidan, J.J. Marg and MRA Marg in south Mumbai.

The ED case also names Pawar’s nephew and former deputy chief minister Ajit Pawar and others. An enforcement case information report, equivalent to a police FIR, has been registered.