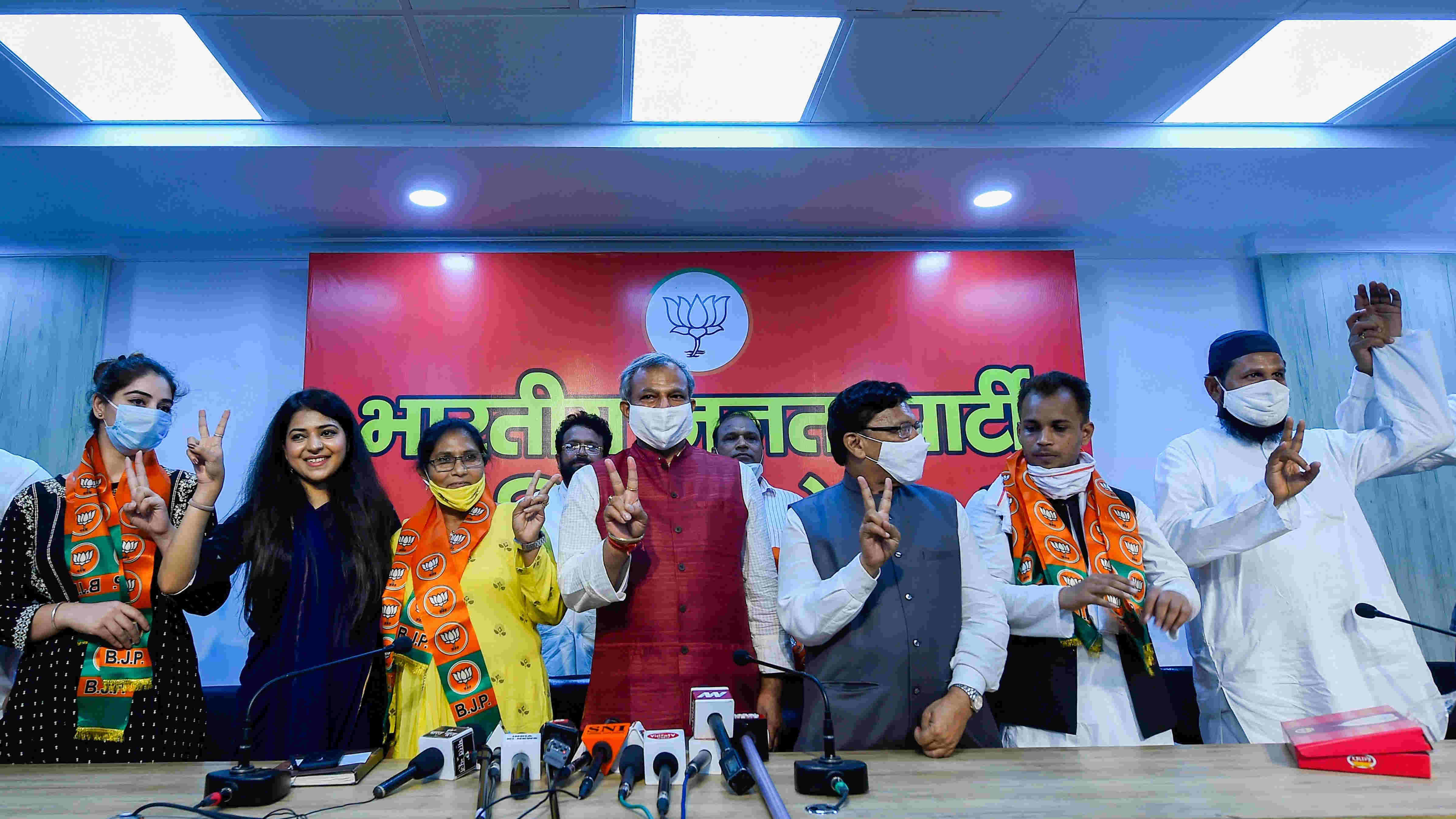 The Aam Aadmi Party (AAP) has claimed the entire Shaheen Bagh protest was "scripted by the BJP" and that its leadership dictated each and every move of the agitators for electoral benefits in Delhi polls.

AAP spokesperson Saurabh Bhardwaj made the claim a day after several Muslims from the Shaheen Bagh area, which was the centre of the anti-Citizenship Amendment Act (CAA) protests, joined the BJP.

Bhardwaj alleged the BJP's campaign for the Delhi election centred around the Shaheen Bagh protests and it was the only party that benefited from the controversy surrounding the agitation.

"Delhi assembly election could have been fought on the issue of education, health, environment or other developmental narratives. But the Delhi BJP chose to fight the election on the issue of Shaheen Bagh", he said at a press conference.

"The whole Shaheen Bagh protest was scripted by the BJP. The topmost leadership of the BJP scripted each and every step of these protests," he alleged.

"They decided who will speak what, who will attack whom and then who will be doing the counterattack," Bharadwaj further claimed.

Manoj Tiwari, Delhi BJP chief, remarked in a tweet, "Now the confusion is getting cleared and Muslim brothers and sisters want to walk with the BJP...Stop dividing Arvind Kejriwal ji. The world's largest party BJP represents all religions and does not discriminate on the basis of religion, caste, creed or lineage."

Shaheen Bagh became the epicentre of the protests against the Citizenship (Amendment) Act (CAA) as mostly women, some with young children, staged a sit-in protest there for over three months. The protest was called off in view of the coronavirus outbreak.

The elections in the national capital took place in the midst of the Shaheen Bagh protest in the city over the new citizenship law, an issue that was strongly raised by the top BJP leadership during the campaigning, which often turned bitter and vitriolic.

The BJP's political opponents accused it of carrying out a "divisive" campaign to polarise the voters by consistently highlighting the demonstration by women at Shaheen Bagh.

While the BJP campaign focussed on issues related to national security in Delhi polls, the AAP focussed on its achievements in the fields of education, healthcare and infrastructure.