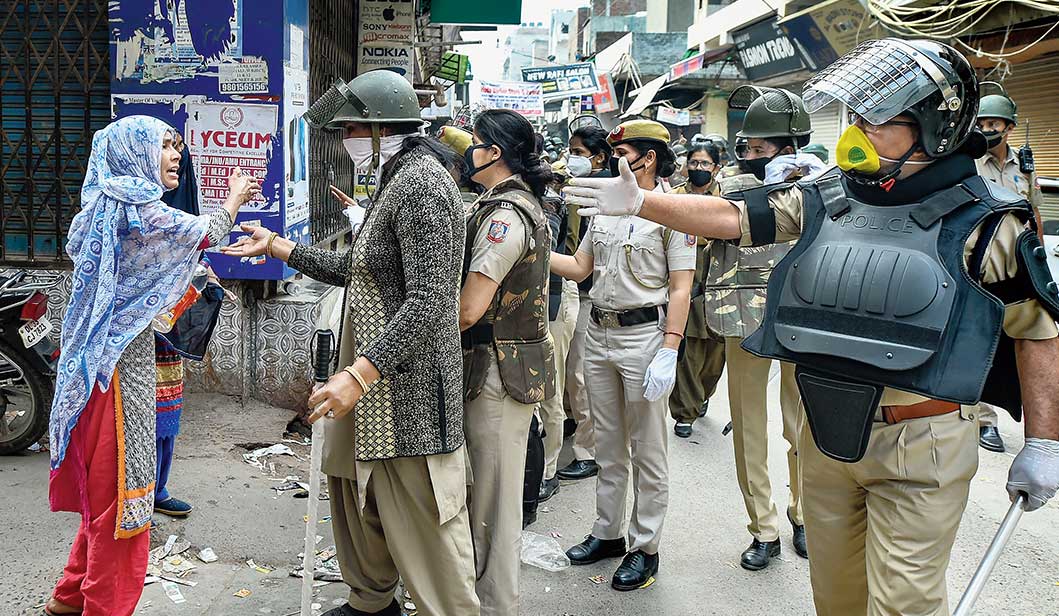 Shaheen Bagh protesters have written to Chief Justice of India S.A. Bobde seeking a “fair probe” into the “ruthless” action Delhi police had resorted to with the help of some civilians to evict them on Tuesday in the backdrop of the Covid-19 lockdown.

Thousands of protesters, mostly women and children, had pitched camps from December 15 at Shaheen Bagh, on the west bank of the Yamuna, in protest against the new citizenship matrix.

Several petitioners have moved the Supreme Court seeking their eviction on the ground that the sit-in could spread the coronavirus pandemic.

On the night of March 25, the day after they were evicted, the protesters wrote to Justice Bobde saying most of them had planned to disperse peacefully from March 23 onwards in view of the pandemic.

They said their plan was to leave only a handful of women at the site for continuing a symbolic protest but the police, with the help of some unidentified civilians, used force on the unarmed protesters and dismantled their camps with hydraulic cranes in utter disregard of their fundamental rights.

In the “early hours of the morning of 24.03.2020, huge formations of police forces arrived at Shaheen Bagh and forcibly evicted and detained the few remaining women protesters and some male volunteers”, they wrote in their joint letter to the CJI.

“They also brought cranes and destroyed the main stage and main tent area. Rendering the protesters and their well-wishers even more helpless and fearful, the police ruthlessly destroyed and dismantled our art exhibits on the other side of the road, some of which had come to be very important symbols of hope and resilience for our 100-day resistance.”

The letter said the protesters “understand the need for stricter imposition of curfew and enforcement of pertinent restrictions”. But the “ruthless dismantling and thoughtless destruction of the markers of our physical protest, especially the very structures whose placement is in question in a matter that is sub judice in the SC, reeks of strong vendetta and ill feelings towards our innocent protesters, locals and sympathisers”.

The letter said the police action “further heightens distrust and the perception of being uncared for by the state institutions”, and added that the “huge police force and civilian(s) who accumulated to dismantle the tent and remove the remaining protesters added to the crowd”.

The protesters pointed out that the petitions to evict them were pending before the Supreme Court, which was to take up the issue on March 23 but couldn’t because of the lockdown in the capital.

“It is extremely disheartening and faith-rattling to see the unrestrained, almost vindictive force that has been used against our site and the legacy we struggled to create, in spite of these very matters being under the review and scrutiny of the Hon’ble Supreme Court,” the letter said.

“In fact, the police also brought along young civilian men in large numbers to our site (some on tractors) to assist with this forced dismantling. This is deeply unsettling and we demand a fair probe into the involvement of all the unidentified, non-designated and non-police personnel present with the police forces at Shaheen Bagh between the hours of 6-10am on 24.03.2020.”

The protesters said they had faith in the judiciary and so were seeking adequate protection whenever the court hears matters related to the Shaheen Bagh protest.