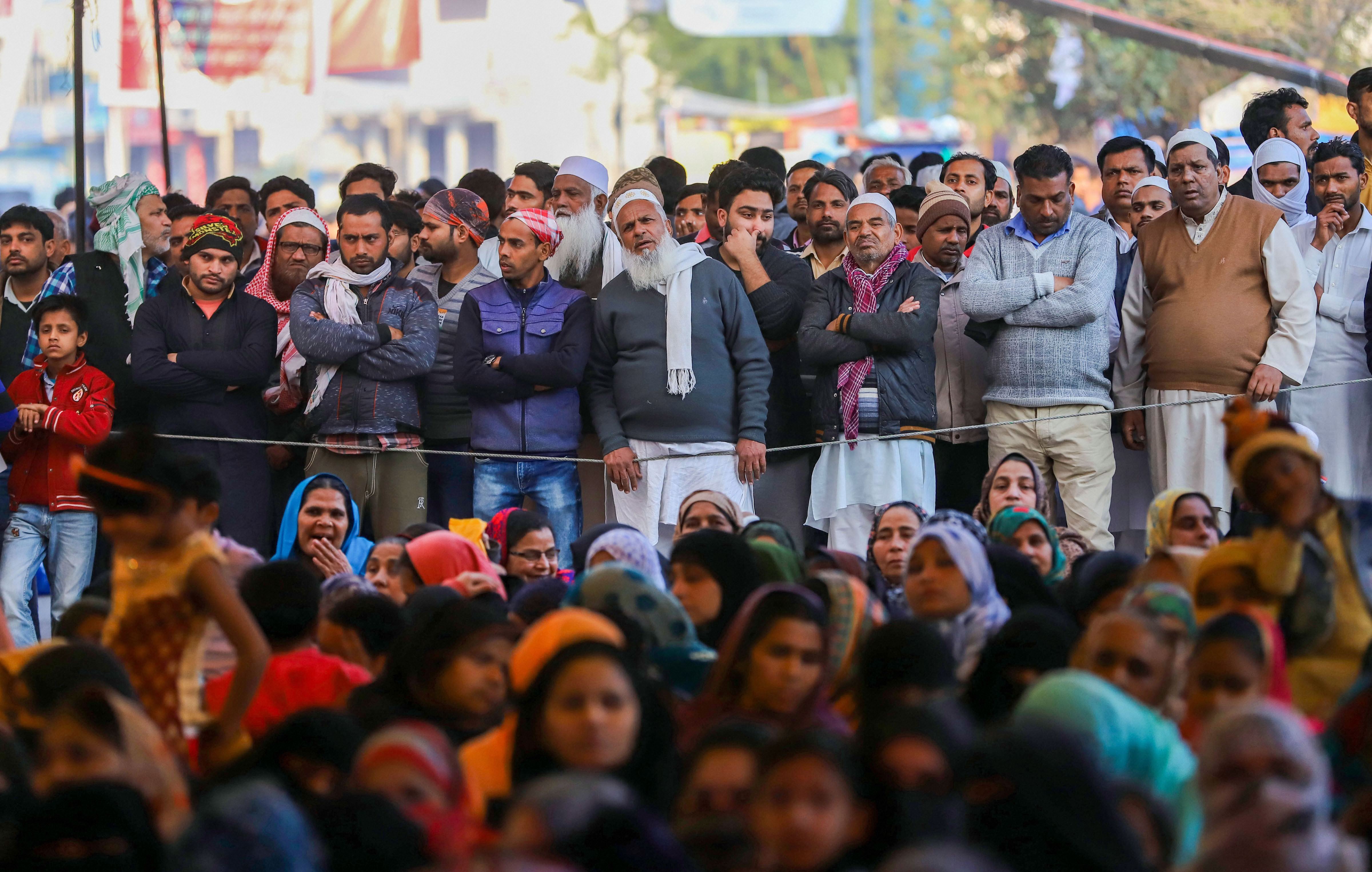 A group of locals on Sunday staged a demonstration near the anti-CAA protest site in Delhi's Shaheen Bagh, demanding the removal of barricades from the road connecting Noida with Kalindi Kunj.

The protesters demanded that the people, who have been sitting on dharna there for over a month to protest against the Citizenship (Amendment) Act, should clear the stretch as the commuters are facing difficulties, police said.

The officers are trying to negotiate with the protesters and asking them to maintain peace.

'We want the roads to be cleared. They (anti-CAA protesters) have been sitting on protest for 50 days now. It has been causing inconvenience to us. Our children have not been able to go to school because the roads are blocked,' said Rekha Devi, a resident of Jasola.

Around 52 people have been detained. They will be released shortly, police said.

Deepak Patel, a resident of Jasola, said he somehow managed to go to work after crossing the area.

'With heavy barricading, police don't allow us to enter the protest site where women have been sitting for over a month. I somehow managed to go to work crossing the area. But since yesterday, there has been strict checking and we were not allowed to pass through the stretch without showing an identity card,' Patel said.

On Saturday, a 25-year-old man fired two rounds in the air at Shaheen Bagh and was later taken into custody.

No one was injured in the incident.

Rekha Khanna, another protestor, said they want the road to be cleared at the earliest.

'It's been 50 days now. My husband works in Noida and my children also go to school through the same route.

'We want the road to be cleared at the earliest. We only came here to protest for a day and we are being asked to disperse from here. But those who are protesting at Shaheen Bagh are not even asked to vacate. At least they should open one side of the road.' Khanna added.