Shaheen Bagh inspires many protests across the country 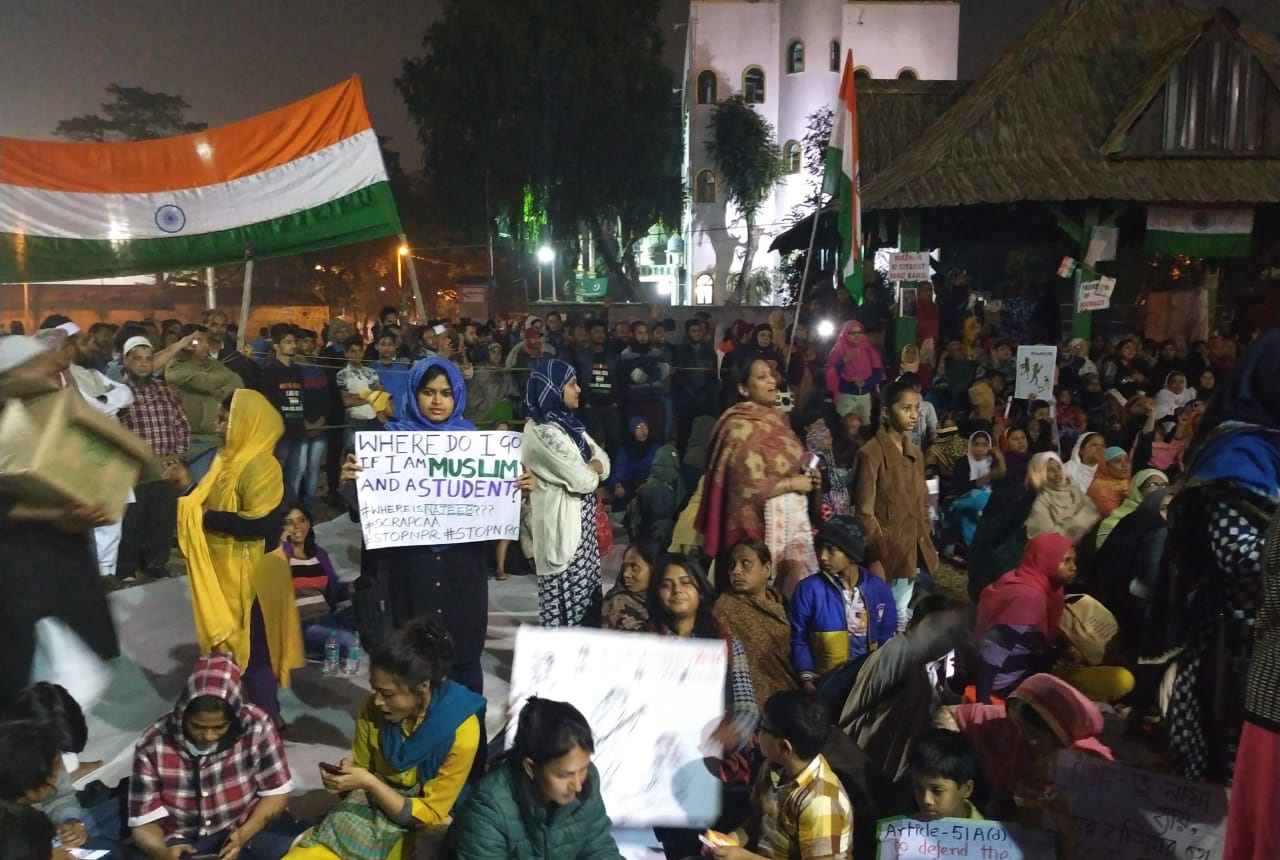 In Bihar Shaheen Bagh has inspired demonstrations in Patna’s Sabzibagh, Gaya’s Shanti Bagh, and in towns of Kishanganj, Bahadurganj and Gopalganj. On Tuesday, CPI leader and former JNU Students’ Union leader Kanhaiya Kumar visited protesters at Sabzibagh, who have been braving the bitter cold to register their stand against the CAA and National Register of Citizens (NRC).

“Shaheen Bagh has become the face of ongoing protests and galvanized people. In solidarity, we’ve started protests in Kishanganj as well so that it continues to inspire people,” said Abu Affan Farooquee, an advocate from Kishanganj.

Ahmed said that since these Shaheen Bagh-inspired protests are limited to Muslim neighbourhoods, it shouldn’t be assumed that it is just Muslim sisters or brothers who are protesting. “Like Delhi’s Shaheen Bagh, people from different religion and beliefs are participating and standing in solidarity with us,” said Ahmed.

While the protests haven’t largely faced any opposition, police have tried to break up the sit-ins in Delhi and Uttar Pradesh. In Khureji, Delhi police tried to remove protesters during the early hours on Wednesday, but people persisted.

UP police has registered an FIR against 250-300 unidentified people for violation of Section 144 which prohibits assembly of five or more people, and holding of public meetings. In Kanpur, the police drove out people on Monday, but the women of Muhammad Ali Park returned and reoccupied their space.

In Calcutta, women-led anti-CAA protests are being organised since January 7. Hundreds of women and children, armed with placards, slogans and determination, have gathered outside a local mosque in the predominantly Muslim neighbourhood of Park Circus.

'Who are these women? They are those who live in slums, and affluent localities; many are students – but all have gathered here to protest, to break taboos and inspire others,' said Nousheen Baba Khan, a professor based out of Calcutta. According to Khan, the large number of Muslim women at Park Circus have come out it in what is considered a male dominated space, and made it their own. This has led to a change in perceptions and stereotypes built around Muslim women.

Shaheen Bagh is an inspiration. The protest spearheaded by women at Delhi’s Shaheen Bagh, a Muslim neighbourhood near Jamia Millia Islamia, has completed a month. Yet, it marks the beginning a series of protracted demonstrations and sit-ins — from Allahabad to Calcutta to Pune to Bhopal — Shaheen Bagh is everywhere.

Women (and men) across the nation have now occupied parks, maidans and roads to register their protest against the Citizenship (Amendment) Act (CAA). “If sisters are sitting in protest at Shaheen Bagh, why can’t Roshan Bagh’s sisters do the same” Sarah Ahmed told The Telegraph Online. Ahmed works in the private sector and is participating in the Roshan Bagh protest since it started four days ago in Allahabad.

After the Uttar Pradesh police’s brutal crackdown of mass protests on December 19 across the state, voices of opposition fell into silence. But gradually people regained their footing and organised themselves in similar ways like Shaheen Bagh, first at Muhammad Ali park in Kanpur’s Chamanganj and later at Allahabad’s Roshan Bagh.

“Every protest is being crushed in UP and we’ve been enduring it. Har baar toh aisa nahi ho sakta, kahin na kahin se toh chingari nikalti hi hai. Aur yeh Roshan Bagh wahi chingari hai (This cannot continue, a spark is ought to emerge from somewhere. Roshan Bagh is that spark),” said Ahmed.

The protest at Park Circus, Kolkata.
The Telegraph