Second wave of Covid has hit its peak in Delhi: Kejriwal

Coronavirus cases have increased because testing has been massively scaled up, the chief minister says 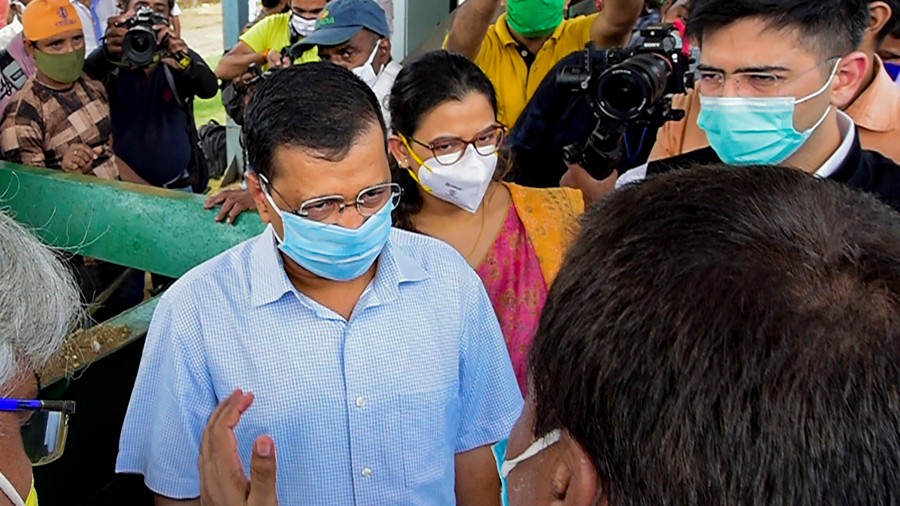 Delhi chief minister Arvind Kejriwal on Thursday said the second wave of the coronavirus pandemic has hit its peak in the national capital with experts hinting that the cases of infection will decline in the coming days.

He said the government was “keeping its fingers crossed” and hoped that Covid-19 cases will “gradually” decline due to the steps taken by the Aam Aadmi Party (AAP) dispensation.

Delhi has been witnessing a surge in the number of coronavirus cases in the past few days.

“All the experts believe that the second wave (of coronavirus infections), which had come to Delhi, appears to have hit its peak. Now, the cases will come down in the coming days,” Kejriwal told reporters.

Covid-19 cases in the city were by and large under control between July 1 and August 17 and on an average, 1,100-1,200 new cases were being reported everyday, he said.

“The best way to defeat the coronavirus is to conduct aggressive testing to identify and isolate positive cases,” the chief minister said.

He said coronavirus cases have increased in Delhi because testing was massively scaled up. “The daily cases were around 4,500 on September 16 which have now started coming down and currently, there are around 3,700 cases (daily),” Kejriwal said.

According to the chief minister, if the testing would have scaled down to the previous level of 20,000 tests per day, the cases would also have come down to around 1,500 per day in the city.

Kejriwal hoped that the steps taken by the government, including increasing the number of containment zones from 550 in mid-August to around 2,000 now, will gradually bring down the number of Covid-19 cases in the coming days.

Earlier this month, Delhi health minister Satyendar Jain had said it couldn’t be said that the national capital was witnessing a second wave of Covid-19.

On September 7, Jain had said the sharp spike in coronavirus cases in the national capital will plateau after 10 days or so and asserted that the home isolation policy has proven to be a game changer in taming the surge, a strategy the city government would continue to pursue.

More than 60,000 Covid-19 tests were conducted in the city on Tuesday, according to the bulletin issued by the Delhi health department on Wednesday.