Search on for more riches at Puri Emmar Mutt 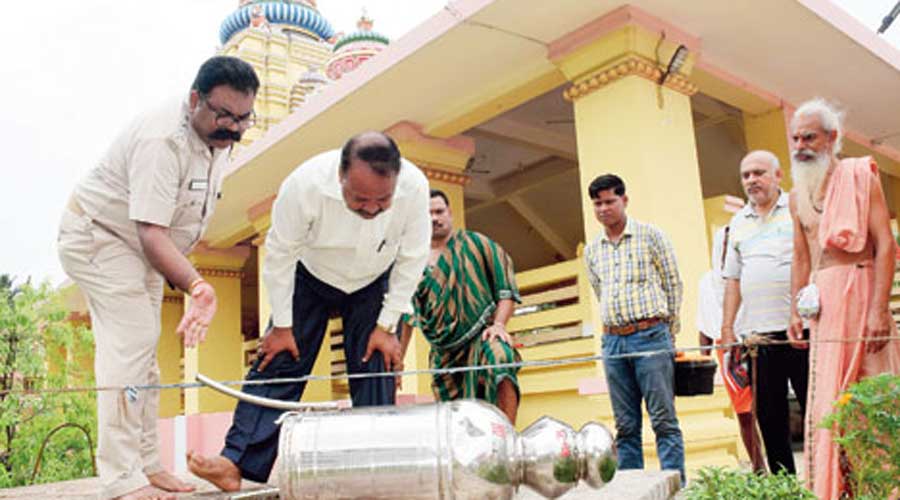 The Emmar Mutt, which is one of the oldest in Odisha and associated with the culture of Lord Jagannath, is getting a close look from the state archaeological department officials who inspected its premises earlier this month following reports of recovery of some valuable metals.

The inspection by the officials is being done on the request of Narayan Ramanuj Das, in-charge of Emmar Mutt. The state archeological officials used metal detectors to spot precious metals in presence of the district magistrate and collector Puri. Narayan Ramanuj Das was given the charge of Emmar mutt early this year after the previous mahant of the mutt was relieved of his duties in the wake of the controversy triggered by the discovery of silver ingots.

Talking to the media in Puri, Ramanuj Das said: “I had urged the Endowment Commission to do a survey of the premises of the mutt with metal detectors particularly in the unused areas of the mutt, living room of the old mahant and other areas. Following the ongoing demolition process by the administration along the 100-metre periphery of the Jagannath temple, many new things have come before the public. As I suspect some valuables are still there underneath the ashram. I want it to be recovered and handed over to the administration before they are stolen by others.”

Sources said the officials have identified four spots where they suspected that some valuable materials might be hidden. They will dig at these places.

Talking to reporters, Endowment Commission superintendent Ananat Charan Murmu said: “This is a heritage mutt. With the permission of the ASI (Archaeological Survey of India), the search is being done. We suspect some valuable materials could be present underneath the structure at some places in the ashram. With a high-resolution metal detector, we will inspect the entire premises again. We will also dig at a few places to ascertain whether there is any valuable material there or not.”

The mutt established by Swami Ramanuja in 1200 AD, spread over six acres just in front of the Jagannath temple has religious significance and is intrinsically associated with the Shree Jagannath culture. Ramanuja was one of the most important exponents of the Vaishnavite tradition of Hinduism.

However, with the ongoing beautification around the periphery of the Jagannath temple, most of the areas have been taken over by the district administration with only a few structures inside the mutt premises left intact.

Anil Dhir, a researcher and columnist, said: “Each of the ingots has got assay markings which can reveal its  origin and date. In my research on the great Odisha famine of 1866, the Na’Anka Durbhikshya, I had got conclusive evidence that the bullion was part of the payment made by the British authorities to various mutts for rice purchased from them during the famine years. The Emmar Mutt was among the biggest landowners of the period and had overflowing granaries. The British brought a major part of the relief stock by paying the mutt in silver ingots.”