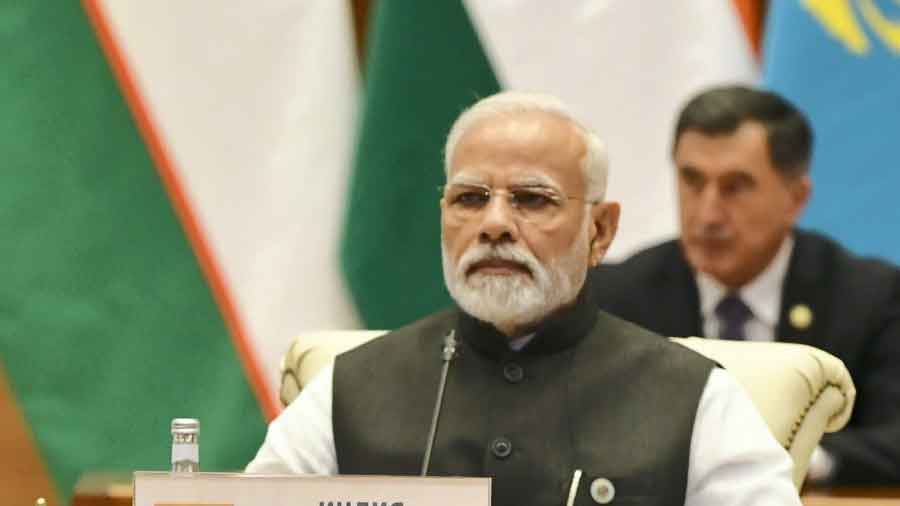 Prime Minister Narendra Modi and Chinese President Xi Jinping on Friday attended the annual summit of the Shanghai Cooperation Organisation (SCO) in this Silk Road city but there was no sign of any thaw in bilateral ties that came under severe strain following the deadly clash in Galwan Valley around 27 months back.

It is for the first time that Modi and Xi came face-to-face since the start of the border standoff in eastern Ladakh. On the sidelines of the summit, Modi held separate bilateral meetings with Russian President Vladimir Putin, Iranian President Ebrahim Raisi, Uzbek President Shavkat Mirziyoyev and Turkish President Recep Tayyip Erdogan.

However, there was no bilateral meeting between Modi and Xi. Foreign secretary Vinay Kwatra said at a media briefing that all the bilateral meetings that were scheduled and for which requests came took place as per the schedule. To a question about a meeting which did not take place, he said he did not "think there is anything more to read into that".

There was no report of a handshake or exchange of pleasantries between Modi and Xi at the summit. The recent disengagement between Indian and Chinese troops at the Patrolling Point 15 (PP-15) in eastern Ladakh had triggered speculations about the possibility of a meeting between Modi and Xi."India supports greater cooperation and mutual trust among SCO members," Modi said at the summit.

In his address, Xi conveyed China's congratulations to India on assuming the SCO presidency."We will, together with other member states, support India during its presidency," he said.

On Monday, Indian and Chinese armies concluded the disengagement process at Patrolling Point 15 in the Gogra-Hotsprings area in eastern Ladakh.

The disengagement in the Gogra-Hotsprings area was an outcome of the 16th round of high-level military talks in July, the two armies said while announcing the beginning of the process on September 8.

Though the two sides disengaged from Patrolling Point 15 (PP-15), there has been no progress yet on resolving the standoff in Demchok and Depsang regions.

The eastern Ladakh border standoff erupted on May 5, 2020, following a violent clash in the Pangong lake areas. Both sides gradually enhanced their deployment by rushing in tens of thousands of soldiers and heavy weaponry.

As a result of a series of military and diplomatic talks, the two sides completed the disengagement process last year on the north and south banks of the Pangong lake and in the Gogra area.

The disengagement in the Pangong Lake area took place in February last year while the withdrawal of troops and equipment in Patrolling Point 17 (A) in Gogra took place in August last year.