Scam cry on land deal for Ram Temple in Ayodhya

Senior official of the trust set up to monitor construction of the shrine has been accused of buying a piece of land worth Rs 2 crore for Rs 18.5 crore 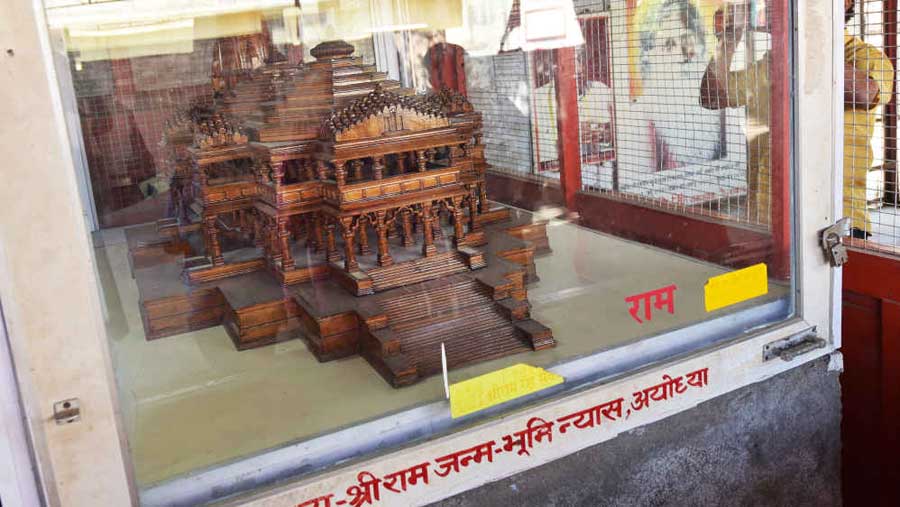 A senior official of the trust set up to monitor the construction of the Ram temple in Ayodhya has been accused of buying a piece of land worth Rs 2 crore for Rs 18.5 crore, or over nine times the price, for the shrine.

The leaders have alleged that Rai had been aided by trust member Anil Kumar Mishra.

The allegation has been refuted by Rai and Mishra.

Quoting purported entries of the registered sale deed of the land, Singh told reporters in Lucknow on Sunday that the trust had entered into an agreement with Sultan Ansari on March 18 and he was paid an advance of Rs 17 crore, besides Rs 1.29 crore as stamp duty.

Ansari had purchased the 1.208-hectare plot at Bag Bijaisi village in Ayodhya Sadar area only minutes ago from a woman named Kusum Pathak for Rs 2 crore, according to the purported documents.

Mishra was a witness in both deals.

Contacted over phone, Mishra told The Telegraph: “The deal was done in keeping with all the norms. We have followed the rules of the market and discussed every aspect before buying it.”

Told about Singh’s allegation that the trust was misusing the money donated by the people of the country, Mishra, a homoeopath in Ayodhya, said: “I don’t know what he has said as I was busy in a meeting of the trust the whole day. But whatever we are doing is transparent.”

Singh and Pandey have sought a probe by the CBI and the ED into the land purchase for the temple premises.

“Champat Rai, the general secretary of the Shri Ram Janmabhoomi Teerth Kshetra Trust, with the help of trust member Anil Mishra, bought the land worth Rs 2 crore at Rs 18.5 crore. This is a case of money laundering and the government should get it probed by the ED and the CBI,” Singh said.

“Prime Minister Narendra Modi and his government must initiate a thorough probe by the CBI and the ED, and the corrupt persons should be sent to jail as it is a question of the faith of crores of devotees of Lord Ram who have given their hard-earned money for the construction of the Ram temple,” Singh said.

AAP leader Singh pointed out that in any trust, the board makes a proposal for the purchase of land. “How come in five minutes this proposal was passed and the land was immediately purchased?” he asked.

Congress spokesperson Randeep Surjewala tweeted: “Lord Ram, what kind of days are these? Scams are happening by taking donations in your name….”