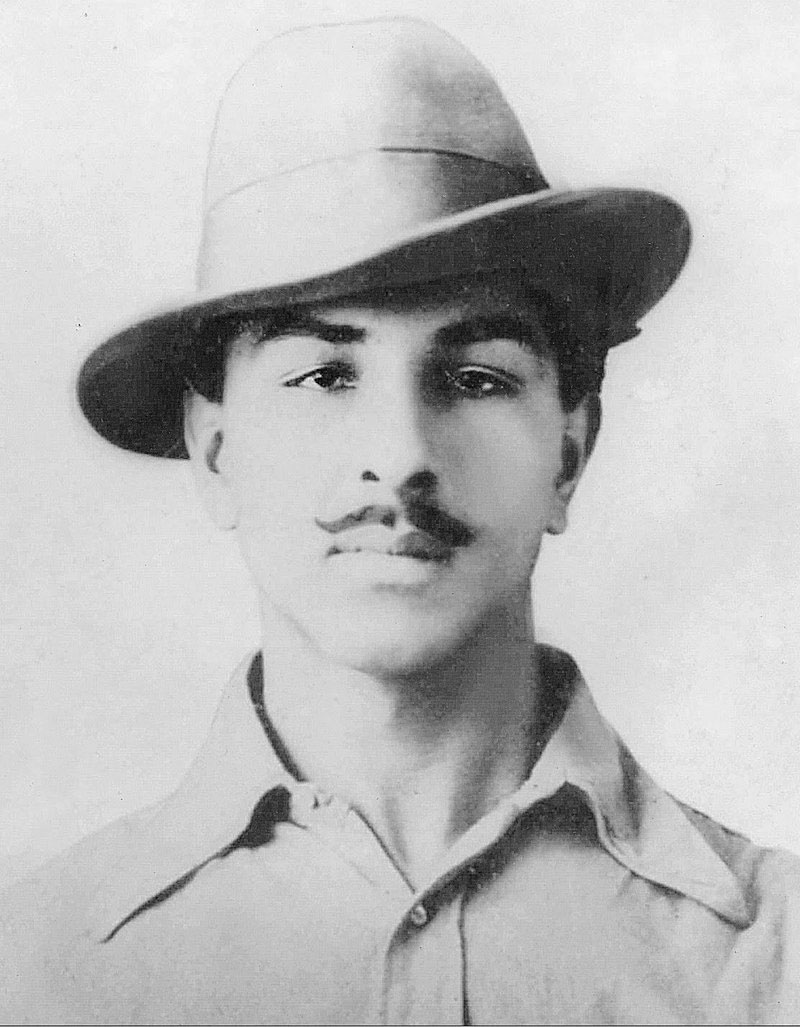 Congress leader Manish Tewari has demanded the Bharat Ratna for freedom fighters Bhagat Singh, Rajguru and Sukhdev, putting the BJP in a fix as it had promised to confer the highest civilian award on Vinayak Damodar Savarkar in its Maharashtra manifesto.

“I would like to draw your kind attention towards the fact that Shaheed Bhagat Singh, Rajguru and Sukhdev inspired an entire generation of patriots by their unrelenting resistance to British Imperialism and later their supreme sacrifice on the 23rd of March, 1931,” the former information and broadcasting minister wrote in a letter to Prime Minister Narendra Modi.

“It would be in fitness of things that 1. If on January 26th 2020, all three of them are honoured with the Bharat Ratna 2. They are formally conferred with the honorific of ‘Shaheed-E-Azam’. 3. The Chandigarh Airport located in Mohali is named as ‘Shaheed-E-Azam’ Bhagat Singh Airport, Chandigarh (Mohali). This gesture would touch the hearts and souls of 124 crore Indians.”

The Congress leader was flayed on social media for raising the issue now as most people wondered why he had not made this demand when he was a minister in the Manmohan Singh government and the Congress was in power.

Tewari’s demand is an obvious counter to the BJP’s promise of conferring the Bharat Ratna on Savarkar.

Even the BJP had never asked for this recognition for the Hindutva icon in the past and had not talked about it during the five years of the Modi government at the Centre and the Devendra Fadnavis government in Maharashtra.

The BJP and the Shiv Sena often tried to re-ignite the Savarkar debate during the Maharashtra election but never demanded the Bharat Ratna for him.

The bold promise now is being seen as an expression of the newfound confidence of the Sangh parivar because of its overwhelming political dominance in the country.

The Rashtriya Swayamsevak Sangh and the BJP have always suffered a crisis of legitimacy because of their ideological infirmities and association with incidents like Mahatma Gandhi’s assassination and the demolition of the disputed structure in Ayodhya.

Even Savarkar was always treated as a controversial figure because of the mercy petition he wrote to the British to get freedom even as other freedom fighters sacrificed their lives instead of surrendering to the oppressors.

Savarkar was supposed to be the mentor of Gandhi’s assassin Nathuram Godse and had also faced trial in the assassination case. He was acquitted for want of adequate evidence.

His hardcore Hindutva ideology, propagation of the two-nation theory and the objective of declaring India a Hindu rashtra also prevented him from gaining wider acceptability.

But giving him the Bharat Ratna will be a major project for the BJP government to accord greater legitimacy to its own ideology. Under these circumstances, Tewari has raised a major hurdle by demanding the Bharat Ratna for Bhagat Singh, Rajguru and Sukhdev whose sacrifice for the country bears no controversy or dispute.

They were hanged by the British and the entire country hails their martyrdom.

Earlier, Asaduddin Owaisi, the chief of the All India Majlis-e-Ittehadul Muslimeen (AIMIM), had also demanded the Bharat Ratna for Bhagat Singh, Rajguru and Sukhdev.

This trend of digging into history to demand the Bharat Ratna for heroes posthumously could prove problematic; even Mahatma Gandhi has not yet been given this highest civilian award.