Satellites no longer usable after deviation: ISRO on its maiden SSLV mission 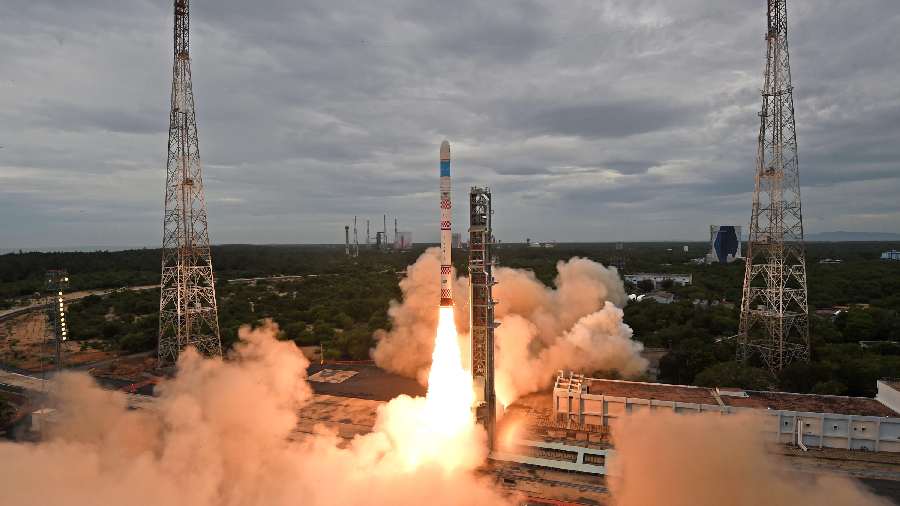 The Indian Space Research Organisation (ISRO) on Sunday said the satellites onboard its maiden Small Satellite Launch Vehicle "are no longer usable" after the SSLV-D1 placed them in an elliptical orbit instead of a circular one.

"SSLV-D1 placed the satellites into 356 km x 76 km elliptical orbit instead of 356 km circular orbit. Satellites are no longer usable. Issue is reasonably identified. Failure of a logic to identify a sensor failure and go for a salvage action caused the deviation," ISRO said in an update on its official Twitter handle.

(2/2) caused the deviation. A committee would analyse and recommend. With the implementation of the recommendations, ISRO will come back soon with SSLV-D2.
A detailed statement by Chairman, ISRO will be uploaded soon.

It added a detailed statement by ISRO Chairman S Somanath will be "uploaded soon."

In its maiden SSLV mission, the launch vehicle carried The Earth Observation Satellite EOS-02 and the co-passenger student satellites AzaadiSAT.

SSLV had suffered 'data loss' in its terminal stage, after performing "as expected" in all stages. It had earlier after lifted off from the spaceport here on Sunday morning.