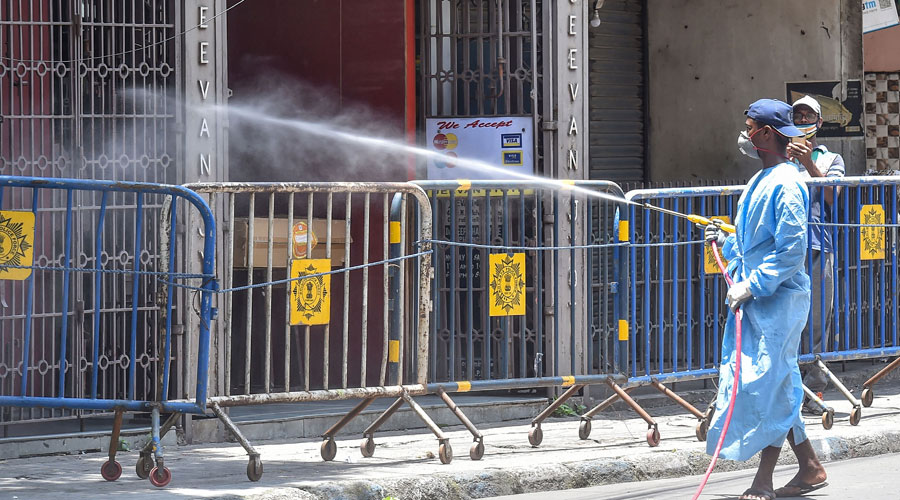 The Centre has included sanitation projects in the 100-day rural job scheme at a time there has been an increase in demand for work under the MGNREGA because of lack of employment and job loss during the pandemic.

The ministry of rural development issued a notification earlier this month allowing the construction of individual latrines and community sanitary complexes under the Mahatma Gandhi National Rural Employment Guarantee Act to sustain the universal open defecation-free status in rural areas.

Over 30 types of work are provided under the MGNREGA, including the construction of embankments, kuchha roads, ponds, goat shelters and water-harvesting structures.

Besides providing more work under the scheme, the inclusion of sanitation projects will also address the problem of poor sanitation during the pandemic.

“The new work of latrine construction will serve several purposes such as sustaining the ODF status in rural areas, creating rural assets, maintaining hygiene and giving work to people,” an official said.

Civil society groups want the government to also increase the number of workdays under the MGNREGA from 100 days a year to 150.

The NREGA Sangharsh Morcha, an umbrella organisation of several civil society groups working for better implementation of the rural job scheme, wrote to the rural development ministry secretary this week seeking an increase in the number of workdays.

The NSM said the countrywide lockdown had resulted in unprecedented economic distress and migrant workers had faced the brunt of the crisis. A large section of the unorganised labour force has been forced to return to villages, the NSM said. The MGNREGA has emerged as the lifeline for the rural people under the circumstances, it added. The government has allocated an additional Rs 40,000 crore for the scheme this year.

“While the supplementary budget will be useful to run the programme for a few months, it is important that workers get additional income opportunities through the scheme to cope with their huge losses,” the NSM wrote.

“We urge you to take necessary steps in notifying additional 50 days of unskilled manual work for the rural households across the nation. This way each household would have the option of at least 150 days of NREGA work this year,” the letter added.

Social activist Nikhil Dey from the People’s Action for Employment Guarantee said the organisation was tracking the work being sought and provided under the MGNREGA. The law says labourers have to be provided work within 15 days of placing a demand with the panchayat and must be paid wages within 15 days of completion of work.

According to the PAEG tracker, about 3.2 crore households were employed in June 2020, marking a 50 per cent increase from last year. Nearly 2.26 lakh households have completed 100 days’ work. Almost every 10 days, one lakh families are completing 100 days of employment, according to the tracker. Nearly 1.7 crore people are yet to receive work despite seeking employment under the MGNREGA, the tracker shows.