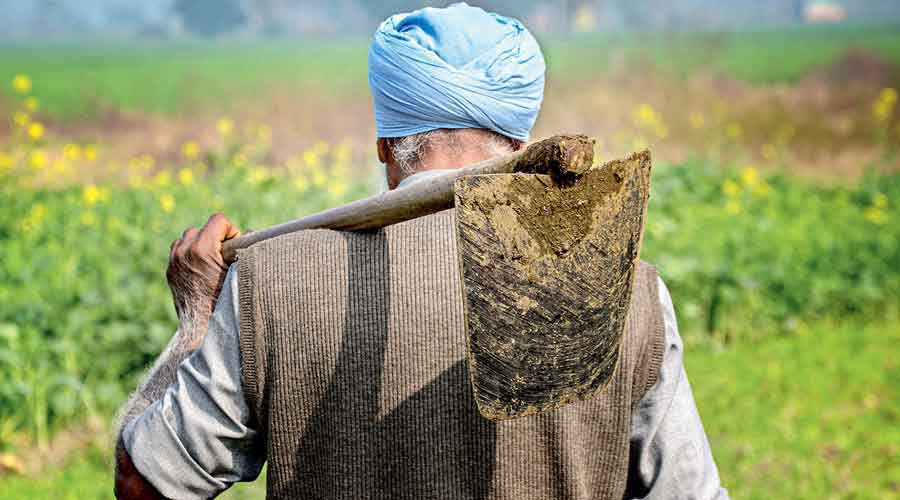 Samyukta Kisan Morcha (SKM) leaders on Tuesday opposed the upcoming meeting of the committee on Minimum Support Price (MSP) next week, calling the panel a farce and said nothing conclusive will come out of the talks.

The leaders said that they have already rejected the anti-farmers panel and will not be attending the August 22 meeting. SKM is an umbrella organisation of over 40 farm unions.

The committee on MSP is scheduled to hold its first meeting on August 22 to discuss future strategies, according to official sources.

The meeting will be held at 10.30 am at the National Agriculture Science Complex (NASC) in the national capital, the sources added.

In the first meeting, sources said the committee will introduce members, deliberate on "future strategies" and discuss setting up sub-panels to cover the wide issues mentioned in the terms of reference.

Meanwhile, the government is persuading SKM to take part in the proceedings of the committee. It needs to be seen if it will change its mind and nominate three representatives, as is required under the deal.

SKM leader Hannan Mollah rejected the government's suggestion and said that the farm organisation is deciding on the future course of action.

"The government has inducted some so-called farmer leaders in the panel who didn't have anything to do with our agitation against the three farm laws at the Delhi borders," he said.

"We will decide on the further course of action and decide how we will hold demonstrations against the farm laws," he added.

Darshan Pal, another farmer leader, said that the farm organisation will decide the future course of action after a 75-hour protest in UP's Lakhimpur against the 2021 violence case.

"We are not lending any support to the anti-farmer panel. Our protest is going on as the Centre is reneging on its promises made last year. We are also demanding the withdrawal of cases registered against farmers during the anti-farm laws protest last year, compensation to the families of farmers who lost their lives during the stir," Pal said.

While announcing the repeal of three farm laws in November last year, Prime Minister Narendra Modi had promised to set up a committee to look into farmers' MSP issues.

The committee, headed by former agriculture secretary Sanjay Agrawal, was constituted on July 18 to promote zero budget based farming, to change crop patterns keeping in mind the changing needs of the country, and to make MSP more effective and transparent.

There are 26 members in the committee, including a chairman, and three membership slots have been kept aside for representatives of SKM.

The members of the committee include Niti Aayog member Ramesh Chand, agri-economists CSC Shekhar from Indian Institute of Economic Development and Sukhpal Singh from IIM-Ahmedabad, and also Naveen P Singh, a senior member at Commission for Agricultural Costs and Prices (CACP).