Baba Satya Narayan is absconding, his driver Jaspal Singh and disciple Ved Ram have been arrested 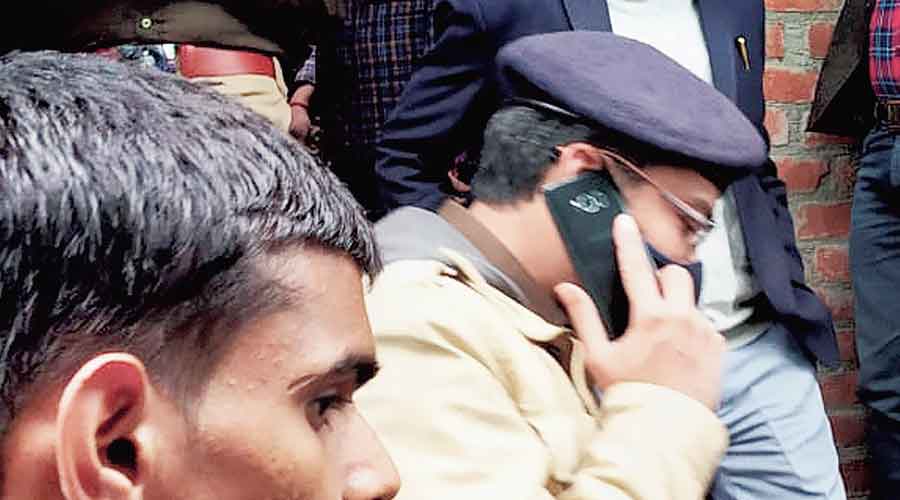 A 42-year-old anganwadi worker was gang-raped and murdered allegedly by a sadhu and two accomplices when she had gone to worship at a temple in Uttar Pradesh’s Badaun district.

A hard object, possibly an iron rod, had been inserted into her private parts and one leg had been broken.

Baba Satya Narayan, the mahant of the temple in Ughaiti, is absconding. His driver Jaspal Singh and disciple Ved Ram have been arrested.

The family of the woman accused police of sending the body for a post-mortem more than 24 hours after they lodged a written complaint, which allowed the main accused to escape. The officer in charge of the local police station has been suspended. The post-mortem report has confirmed gang-rape and brutalisation, according to the police.

An uncle of the woman said Satya Narayan, Ved Ram and Jaspal brought the body of the woman home in the mahant’s Mahindra Bolero around 11pm on Sunday and claimed that she had died after falling into a dry well.

“Satya Narayan told us that they had tried to rescue her. When we asked why he had not informed us earlier, he said he did not want to cause any tension. The three stayed at the temple till Tuesday morning and ran away when they realised that they could be arrested,” the uncle told reporters in his village on Wednesday.

He said the arrests were made after TV news channels flashed the incident on Wednesday.

“As soon as we got her body, we went to Ughaiti police station but the officers there accused us of making wild allegations against the mahant,” the uncle said. Sources in the police corroborated this.

“She was declared dead on arrival at the hospital. An officer visited the hospital on Monday afternoon and said a case would be registered only after the post-mortem report confirmed the crime we were claiming had been committed. They registered the FIR on Monday night but didn’t visit the spot of the crime. The three criminals easily sneaked out of the village on Tuesday,” the uncle said.

Siddharth Verma, the superintendent of police of Badaun Rural, said Satya Narayan was absconding while the other two accused had been arrested. He said the office in charge of the local police station had been suspended. A special task force of Uttar Pradesh police has been formed to arrest the main accused.

Senior superintendent of police Sankalp Sharma said: “The post-mortem report has confirmed rape, and there are injuries in her private parts and a fracture in the leg.”

Congress leader Priyanka Gandhi Vadra hit out at the Yogi Adityanath government, alleging that there was “something wrong” in the intentions of the Uttar Pradesh administration on the issue of women’s security.

Also referring to the gang rape and murder of a Dalit teen in Hathras and her forcible cremation by the police, Priyanka tweeted: “In Hathras, the government administration did not listen to the voice of those pleading. The government saved officials and suppressed the victim’s voice. In Badaun, the police station officer did not listen to the one pleading and did not even examine the place of the incident. There is something wrong in the UP government’s intentions on women’s security.”