The UDF won 19 of the state’s 20 seats, leaving just one for the ruling CPM and prolonging the BJP’s wait 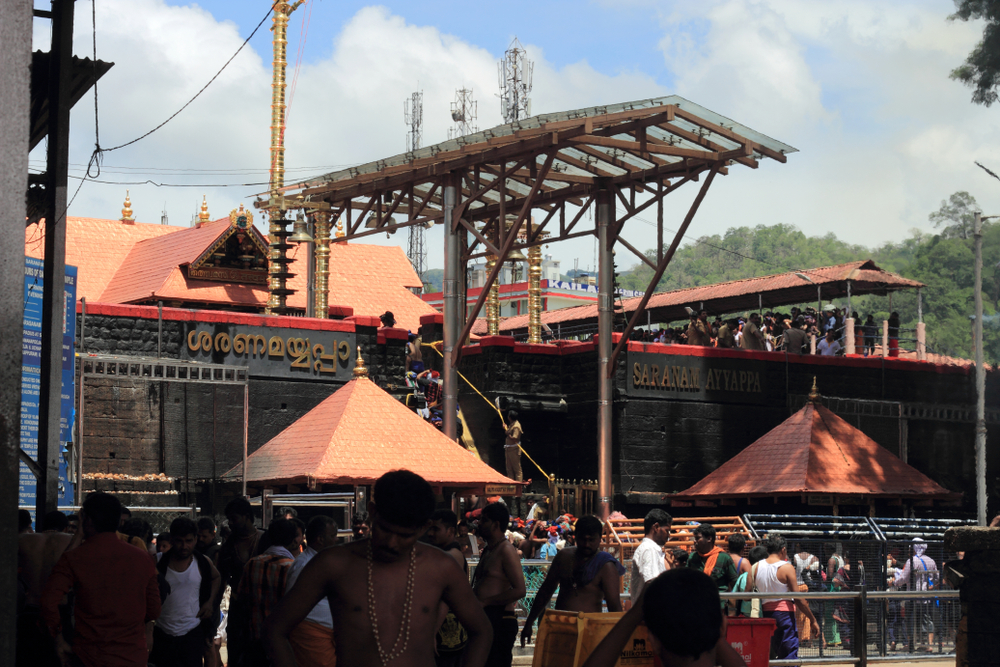 Chief minister Pinarayi Vijayan, who has been under fire for the LDF’s poor show, thinks Sabarimala had no role in the election.
Source: Shutterstock
Our Special Correspondent   |   Bangalore   |   Published 25.05.19, 07:52 PM

The Congress-led United Democratic Front’s sweep in Kerala has brought back into focus a controversy that had divided the state a few months back. Did Sabarimala generate votes and, if so, did it backfire on both the BJP and the ruling Left?

The BJP had seized on the controversy over the Supreme Court’s decision to allow women of all ages to enter the hill shrine and had hoped to ride yet another temple issue to open its Lok Sabha account in the state.

The high voter turnout of 77.68 per cent — up from 73.94 per cent in 2014 — had indicated that a new wind was blowing. But the trajectory became clear only after the votes were counted on May 23.

The UDF won 19 of the state’s 20 seats, leaving just one for the ruling CPM and prolonging the BJP’s wait.

Even BJP leader K. Surendran, the face of the Sabarimala campaign who had to spend time in jail after being arrested for rioting, finished third after his Congress and the CPM rivals in Pathanamthitta, Kerala’s pilgrim capital where the temple is located.

In Thiruvananthapuram, where the party had fielded veteran leader Kummanam Rajasekharan, it was the Congress’s sitting MP Shashi Tharoor who romped home by almost one lakh votes.

The question now doing the rounds is how far and if at all the temple controversy had played a part and whether it had gone against the BJP, or whether it was a vote for the Congress that was seen as the main alternative to the BJP.

Chief minister Pinarayi Vijayan, who has been under fire for the LDF’s poor show, thinks Sabarimala had no role in the election.

“If Sabarimala was an electoral issue, the BJP would have benefited. But what we have seen is a surge for the Congress and its allies riding on the people’s hopes for a non-BJP government at the Centre,” Vijayan told reporters in Thiruvananthapuram on Saturday.

But the BJP, he conceded, had been successful in creating a “misunderstanding” that the Left parties were against believers. “That took away some votes from us,” he added.

Finance minister Isaac Thomas agreed. “A section of devotees who have usually voted for us, voted in favour of the UDF this time under the perception that they stood a better chance of defeating the BJP at the Centre,” Thomas contended.

On September 28 last year, the Supreme Court had lifted all age restrictions on women devotees who wanted to visit Sabarimala, traditionally off-limits to women of childbearing age as the temple’s presiding deity, Ayyappan, is considered a “perpetual celibate”.

The BJP, supported by caste groups like the Nair Service Society and the former Pandalam royal family that earlier managed the shrine, launched a massive agitation to force the government to back off.

The government was accused of clandestinely taking two women activists, Bindu and Kanakadurga, to the temple under the cover of darkness. BJP and RSS activists had earlier intercepted several other women en route to the temple.

As things turned out, even the NSS seems to have ditched the BJP that had counted heavily on the Nair community at both Pathanamthitta and Thiruvananthapuram.

“We had requested the NSS not to vote against Kummanam Rajasekharan in Thiruvananthapuram and to support K. Surendran in Pathanamthitta. Surendran was eventually pushed to third as he did not get their votes,” said O. Rajagopal, the lone BJP MLA in the state.

“Their determination to defeat the LDF has been reflected in their voting pattern,” he said alluding to the UDF’s landslide win in the state.

In 2014, the UDF had won 12 seats and the LDF eight, the BJP coming second only in Thiruvananthapuram where Rajagopal narrowly lost to Tharoor.

State BJP president P.S. Sreedharan Pillai feels that Sabarimala did generate votes that defeated the LDF. “The LDF has understood that it was Sabarimala that affected the voting pattern,” he said.

But former Lok Sabha member and Left ideologue Sebastian Paul had no doubts that Sabarimala was not a factor this time. “Otherwise, the BJP would have been the beneficiary,” he said echoing the chief minister.

“Kerala went for tactical voting with the sole aim of helping the Congress form a non-BJP government at the Centre. Unfortunately, the Congress was not up to it in other states,” Paul told The Telegraph. “I appreciate Kerala’s voters for keeping the BJP at bay.”