IAF aircraft leaves for Romania to bring back stranded Indians 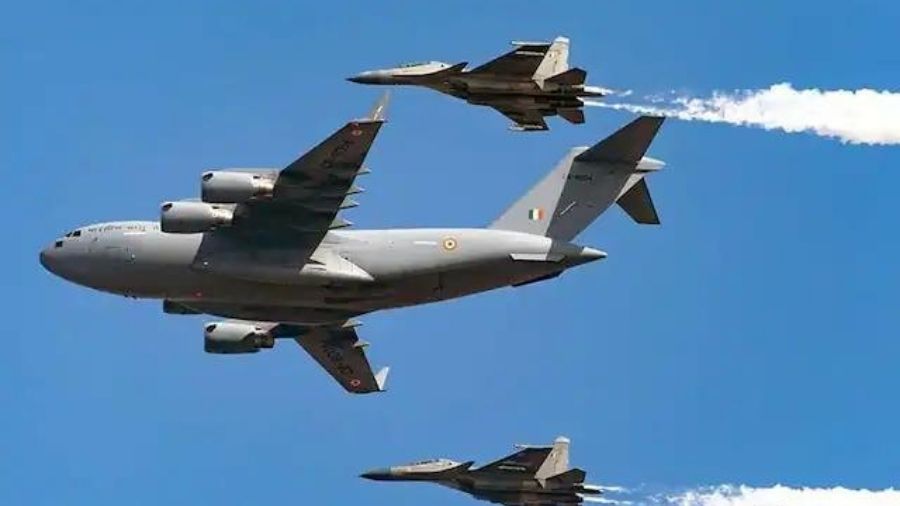 A C-17 Globemaster aircraft of the Indian Air Force left for Romania on Wednesday morning carrying humanitarian aid to Ukraine.

The aircraft is expected to bring back Indians from Romania, who exited war-hit Ukraine through its border crossings.

India on Tuesday sent the first tranche of humanitarian assistance comprising medicines and other relief materials to Ukraine via Poland.

India had decided to send the relief supplies to Ukraine to help it deal with the humanitarian situation along its border areas with tens of thousands of people attempting to flee the Russian invasion.

According to officials, a team of the National Disaster Response Force (NDRF) is sending 100 tents and 2,500 blankets to the Indian Air Force's Hindon airbase. From there, it will be sent via a flight to Romania, the neighbouring country of Ukraine. The flight is scheduled to leave at 10.15 hours.

"The prime minister noted that the first consignment of relief supplies to Ukraine to deal with the humanitarian situation on Ukraine's borders would be despatched tomorrow," the Ministry of External Affairs said on Monday.

More flights carrying relief material are also set to depart from Delhi to Poland at 11am and 1pm today. The loading of the consignments was already done last night.

Ukraine is staring at a major humanitarian crisis after Russian forces launched a full-blown invasion of Ukraine on February 24. On Tuesday, Ukrainian President Volodymyr Zelensky said 300 civilians, including at least 14 children, have been killed so far.