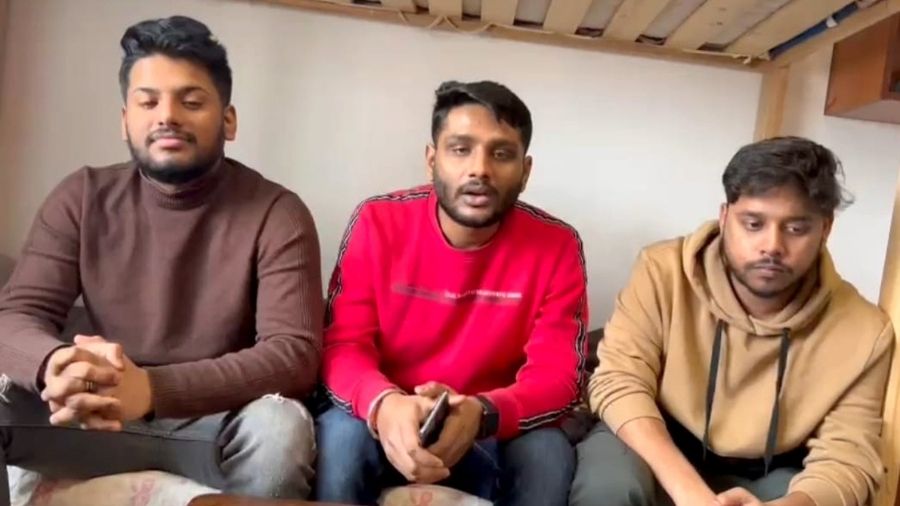 Air India's first evacuation flight departed from Romanian capital Bucharest on Saturday afternoon for Mumbai with 219 Indian nationals who were stranded in Ukraine due to the ongoing Russian military offensive, officials said.

The airline's second evacuation flight departed from Delhi at 11.40 AM and is expected to land in Bucharest at around 6.30 PM (Indian Standard Time), they noted.

Indian nationals who reached the Ukraine-Romania border by road have been taken to Bucharest by Indian government officials so that they can be evacuated in the Air India flights, they said.

The first evacuation flight AI1944 departed from Bucharest at 1.55 PM (Indian Standard Time) and is expected to land at the Mumbai airport at around 9 PM, they said.

The second evacuation flight AI1942 is expected to return to the Delhi airport on early Sunday morning with another 250 Indian nationals, they mentioned. External Affairs Minister S Jaishankar said on Twitter that AI1944 with "219 Indian nationals has taken off from Romania".

"Regarding evacuation of Indian nationals from Ukraine, we are making progress. Our teams are working on the ground round the clock. I am personally monitoring," he added. Air India will operate more flights on Saturday to Bucharest and Hungarian capital Budapest to evacuate Indians stranded in Ukraine.

The Ukrainian airspace has been closed for civil aircraft operations since February 24 morning and therefore, the evacuation flights are operating out of Bucharest and Budapest. Around 16,000 Indians, mainly students, were stranded in Ukraine, Foreign Secretary Harsh Vardhan Shringla had said on February 24. Prior to the closure of the Ukrainian airspace, Air India had operated a flight to Ukraine's capital Kyiv on February 22 that brought 240 people back to India.

Air India said on Twitter on Friday night that it will be operating flights on B787 aircraft from Delhi and Mumbai to Bucharest and Budapest on Saturday as special government charter flights to fly back stranded Indian citizens.

The Indian embassy in Ukraine on Friday said it is working to establish evacuation routes from Romania and Hungary. "At present, teams are getting in place at the following check points: Chop-Zahony Hungarian border near Uzhhorod, Porubne-Siret Romanian border near Chernivtsi," it said.

Indian nationals, especially students, living closest to these border checkpoints are advised to depart in an organised manner in coordination with teams from the Ministry of External Affairs to actualise this option, the embassy said.

"Print out Indian flag and paste prominently on vehicles and buses while travelling," it said. The distance between Kyiv and the Romanian border checkpoint is approximately 600 km and it takes anywhere between eight-and-a-half hours to 11 hours to cover it by road.

Bucharest is located approximately 500 km from the Romanian border checkpoint and it takes anywhere between seven to nine hours by road.

The distance between Kyiv and the Hungarian border checkpoint is around 820 km and it takes 12-13 hours by road.