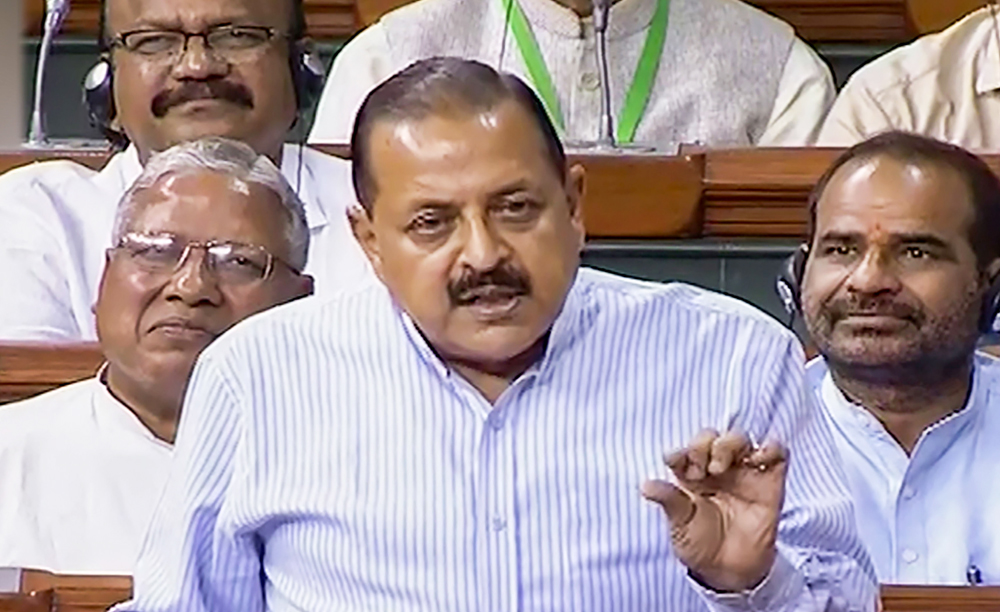 The Centre on Monday described the bill to amend the Right to Information Act as “routine streamlining” and rationalisation of procedure, exposing the differences on a move the entire Opposition saw as a ruse to kill independent India’s most progressive legislation.

The Lok Sabha passed the bill on a day the Opposition dubbed the “blackest” in India’s legislative history.

The bill — which seeks to allow the Centre to fix the salaries and tenures of information commissioners — will now move to the Rajya Sabha, where the Opposition has the numbers to unsettle the government.

While the government laughed off the Opposition’s fears as scare mongering, what could cause concern within the ruling establishment is the firm resistance of several parties, apart from the known Opposition.

The Biju Janata Dal (BJD), Telangana Rashtra Samithi (TRS) and the YSR Congress unambiguously opposed the amendments, arguing that the central government was not only diluting the revolutionary legislation but also encroaching upon the states’ domain.

Federal autonomy is an issue as the bill seeks to endow upon the Centre the power to fix the salaries and terms of state information commissioners.

Parties like the Trinamul Congress, DMK, Telugu Desam and the NCP appeared as stridently opposed to the bill as the Congress and the Left.

Jitendra Singh, the minister of state for personnel who piloted the bill, said the original act too bestowed the powers for framing the rules on the Centre.

The minister claimed the bill had nothing at all except minor steps aimed at “streamlining, rationalising and institutionalising” the information delivery system.

He accused the Opposition members of imagining things to frighten the people when the government was only trying to address the “missing links” in the old legislation.

“The government is absolutely committed to transparency and has nothing to hide,” Singh said responding to the debate. “The bill is amending sections 13, 16 and 27 which deal with salary and section 12-4 and 12-3 which guide selection of information commissioners and their independence are left untouched.”

He said the Narendra Modi government had taken steps such as setting up an RTI portal, a mobile app and a separate building for the Central Information Commission.

This Opposition wasn’t impressed. “The government intends to dismantle the existing architecture to empower the central government to unilaterally decide the tenure, salary, allowances and other terms of service of information commissioners, both at the Centre and in the states,” Congress member Shashi Tharoor said.

“I worry that far from being a simple technical change, this amendment is a deliberate attempt to weaken the RTI framework.”

Trinamul leader Saugata Roy said the “regressive” move was aimed at taking away the autonomy of the commissioners. “What is the hurry? There is no public consultation, no scrutiny by the standing committee. Eighty-three RTI activists have been killed, 165 assaulted and six committed suicide,” he added.

N.K. Premchandran of the RSP said: “This is the blackest day in the legislative history. This is an insult to both Parliament and the Supreme Court. This is violation of several verdicts. Legislative power of Parliament is being taken away by the executive as everything will be done ‘as prescribed by the central government’.”

DMK member A. Raja said: “The RTI Act is more important than any other process envisaged in the Constitution. With this amendment, the information commissioner is going to be your housemaid. That is your intention. This will be a dark day for democracy.”

Bhartruhari Mahtab of the BJD said the “apparently innocuous” amendment was a “deliberate attempt” to weaken the RTI infrastructure. “Guarantee of fixed tenure is key to autonomy. If this bill is passed, information commissioners will work as a department of the government. Don’t give wrong signals on transparency and corruption.”

BSP member Danish Ali said: “You want to hide your scandals, you don’t want any institution to function independently.”

Karti Chidambaram of the Congress said the “Trust in politics and governance is all-time low. The need is to restore the trust but the Government is moving in opposite direction by decimating the spirit of the RTI. You want to structurally shut down the organs of a free society. “government has found a centralised way of controlling the flow of information”.

“You want information commissioner(s) to dance to your tune,” the Desam’s Jayadev Galla said. “Brute majority is not for acting in a brutal manner.”

Several BJP members defended the bill, asserting that the RTI Act would be strengthened, but failed to explain how.