...civilised societies do not treat any community as a scapegoat’ 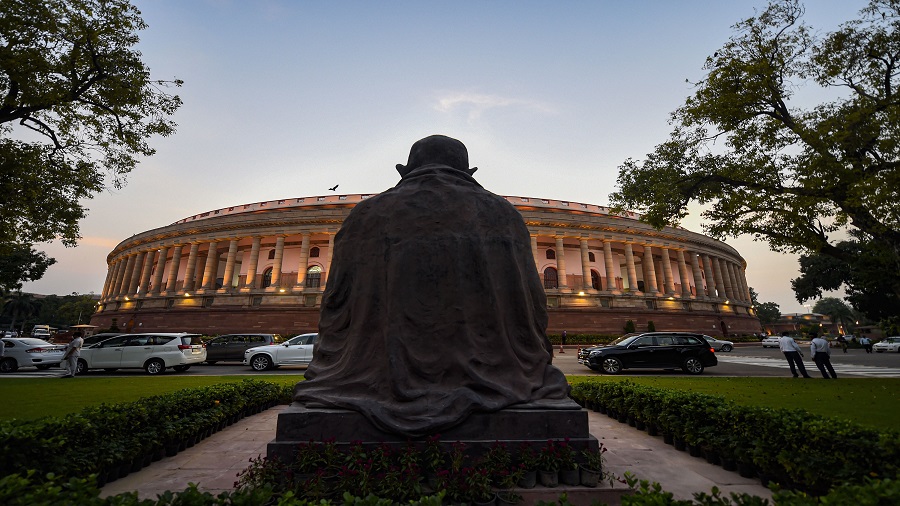 Unlike in current times, Indian nationalism has largely meant the coming together of all citizens who claimed equal status and rights in an independent nation-state
PTI Photo/Kamal Singh
Romila Thapar   |   Published 27.09.20, 12:48 AM

I shall now discuss a major moment of dissent that helped to establish a free and democratic India. I have chosen this because it draws on some of the earlier strands of the Self and the Other in the creation of dissent discussed in previous pages. It also questions the essentials of Syndicated Hinduism or Hindutva. We are all familiar with this form of dissent. It has been present in the cusp of our own times and has been much discussed over the past century. It is in some ways a partial coming together of elements of the earlier forms of dissent recognisable from the Indian past. These touch on the previous examples that I have presented. Nevertheless, it created its own contemporary form from these elements. Unlike my other examples, this one was aware of its ancestry in the thought and activities of past times as were those who responded to it. To that extent, it is somewhat different. I am referring to what Gandhi called satyagraha.

Since satyagraha was so integral to Indian nationalism, let me say a few words about nationalism. In India, its initial and overwhelming form was anti-colonial nationalism, a common experience to most erstwhile colonies. This implied the assertion of the free citizen ready to challenge political orthodoxies of various kinds that were inhibiting the freedom of the citizen. The construction of this identity recognises that it is new. Nevertheless, it has links from the past from which there is an implied legitimacy. So history becomes crucial. The experience of colonialism is in itself the experience of a historical change that alters the understanding that the individual has of himself or herself in the society that forms the context.

Nationalism, we must remember, is part of the historical change of considerable magnitude that has, in the last three centuries, altered the way the world sees itself. Together with industrialisation, it belongs to the period that introduced radical new technologies whose functioning in many social activities was facilitated by the emergence of capitalism. Both these encouraged the evolving of the new middle class that controlled the change and consequently looked afresh at the society it had thereby constructed. At the level of knowledge, there were innovations in sciences, philosophies, religions, literatures, and in the patterns of living.

One of the ways in which this change was articulated was through ideas of nationalism. Feudatory kingdoms or colonies that had framed the previous systems of governance belonged to another history and would have to be replaced by independent nation-states. Governance of the praja/subjects by the rajas of old or by the British Raj had to give way to the governance of a new category, the citizen. This was encapsulated in the interface between citizen and state through a government that was neither authoritarian nor alien but was representative of the citizens. That governance means representing the vision of the citizens was a departure from its earlier definition.

Not only was it to be a relationship between the citizen and the state that marked a departure from the past but it was also to be a relationship based on the citizen having rights, which rights were to be protected by the state. This new relationship was a contract between the citizen and the state and was recorded in the Constitution. Nationalism therefore was the coming together of all citizens who claimed equal status and rights to establish an independent nation-state. Since every citizen was involved, the nation could not discriminate between citizens on grounds of religion, ethnicity, language or any such identities. Therefore, nationalism based on the identity of religion that discriminated in favour of one religion lacked legitimacy as nationalism.

We may well ask why religious nationalism had a presence, although less significant, a century ago. It was in essence the response to colonial rule by those Indians who saw it as facilitating the making of a nation-state. In ascertaining the roots of Partition in 1947 and subsequent events, we quite correctly blame communal politics for the creation of the two nations; but in the process, we forget the deep imprint of colonial ideas.

As was common to most colonies, the colonial reading of the colony’s earlier history that contributed to formulating its identity happened from the perspective of the coloniser. Some of this history was accepted by Indian anti-colonial nationalism but some of it was contested. The contestation contributed in part to the emergence of a legitimate anti-colonial nationalism. However, the colonial interpretation of this history resulted in two less legitimate forms, those of religious nationalisms. These were less legitimate because nationalism endorses a single all-inclusive identity, whereas religious nationalism endorses a deliberately selected identity that is not all-inclusive and excludes all but the one.

One may well ask why colonial thinking was at the root of religious nationalism. The colonial comprehension of India was founded on the two-nation theory. James Mill argued in 1817 that Indian history was essentially that of two nations — the Hindu and the Muslim — and that the two had been permanently hostile to each other. Colonial scholarship based itself on this idea and its implications and applied it to its studies of Indian history and society. History was periodised into three periods, the Hindu, the Muslim and the British. This periodisation, essentially unhistorical, was given up half a century ago when the colonial view of history was questioned and much was discarded.

However, this colonial theory was loyally followed by both religious nationalisms — Muslim and Hindu. The concept of the Islamic state and of the Hindu Rashtra, the latter based on the Hindutva version of history, are each rooted in the colonial understanding of Indian history. Each of the two excluded the other and each distanced itself from anti-colonial nationalism.

The colonial propagation of the Muslim and Hindu nations provided the impetus for religious nationalism. The sectarian differences among sects claiming Islamic affiliation was easier to recognise, given that there were historical markers that gave it a structure. Dissident views were systematically suppressed, as they are to this day, in the attacks on Shias in places that have Sunni majorities, and such like. Mahmud of Ghazni’s raid on the Shia mosque in Multan at the same time as his raid on Hindu temples should not come as a surprise, given the sectarian conflicts within Islam.

To project a Hindu nation required more planning since the historical markers to make a framework for it were obscure. This was done by re-interpreting the past and providing it with the teleology that its end purpose was the creation of a Hindu Rashtra/Hindu nation-state. This needed remoulding the religion into what was called Hindutva in such a manner that it would make the political mobilisation of Hindus feasible and would simultaneously exclude the large number of minority communities. Parallel trends were emerging in the Muslim community that was the largest of the minority communities.

The broad-based anti-colonial nationalism obviously had a different agenda. It saw India as a nation of citizens who, irrespective of origins and with a substantially similar identity, were all of equal status and were coming together in the demand for an independent, secular, democratic nation-state. This was different from envisaging a primary or exclusive citizenship, as in the case of the two religious nationalisms. Nationalism, if defined by a single identity from among more, ceases to be nationalism and takes the form of majoritarianism, a form that is opposed to secular democracy and brings with it the threat of fascism. This seeks success by identifying a scapegoat, preferably a minority community, differentiated by religion or language, and which can be projected as the enemy within. In the last few years, attempts have been made by some to make the minority communities into scapegoats, attempts that have had some degree of success. Scapegoats are also required as a diversion when there is a failure in governance. We should keep in mind, however, that civilised societies do not treat any community as a scapegoat.

Excerpted with permission from Voices of Dissent: An Essay by Romila Thapar; Published by Seagull Books