RJD's Manoj Jha to be Opposition candidate for RS poll

A symbolic fight unless the 3 major non-NDA, non-UPA parties back his candidature 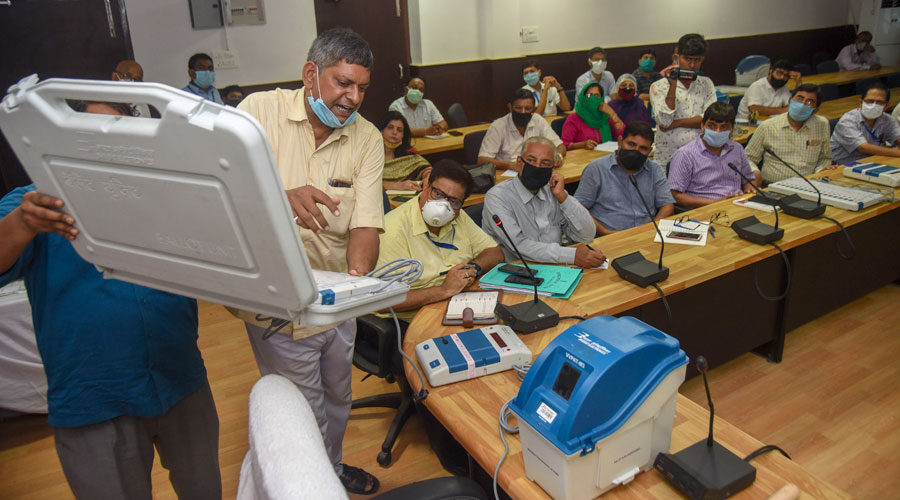 In Bihar poll season, Rashtriya Janata Dal member Manoj Jha has emerged as the Opposition’s consensus candidate for Rajya Sabha Deputy Chair, forcing an election for a post that the NDA is comfortably poised to win.

Aware of the odds, Jha has agreed to be the Opposition candidate for Monday’s vote out of a conviction that democracy is not just about numbers but also about providing alternatives.

After the DMK rejected an offer to field T. Siva, it fell on Jha to mount what should be a symbolic fight unless the three major non-NDA, non-UPA parties — the Biju Janata Dal, YSR Congress and the Telangana Rashtra Samiti — back his candidature. Efforts will be made to reach out to these parties, Opposition leaders said.

Bihar chief minister Nitish Kumar on Thursday called his Odisha counterpart Naveen Patnaik and sought the BJD’s support for his party colleague and NDA candidate, Harivansh, who held the Deputy Chair’s post before his term expired in April. In the 2018 election that Harivansh had won, the BJD had supported him.

Confirming he would be filing his nomination on Friday, Jha told The Telegraph that this was not just about winning an election but about claiming space for the Opposition in a parliamentary democracy. “Just because we are short of numbers does not mean that we quit fighting,” he said.