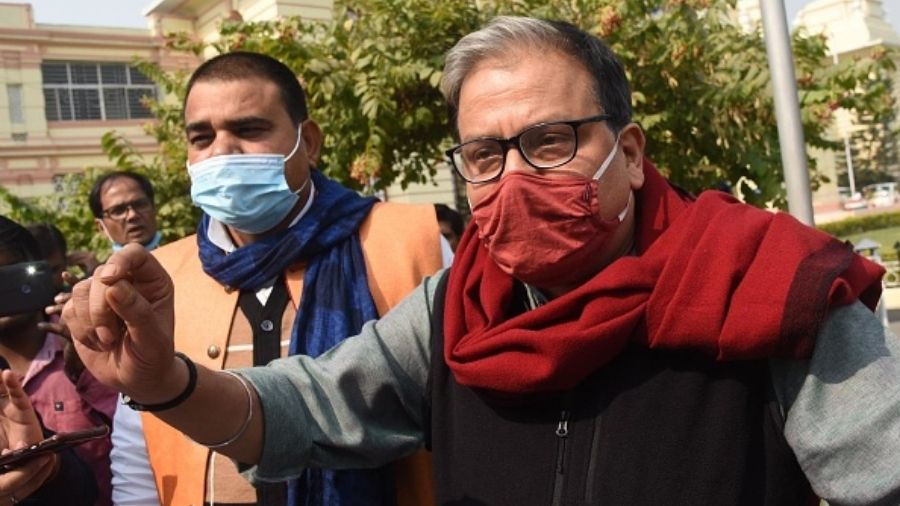 Accusing the government of "closing the door" on negotiations to break the logjam over the Pegasus issue in Parliament, RJD leader Manoj Kumar Jha on Sunday said Prime Minister Narendra Modi must intervene to end the impasse, and called for extending the Monsoon session to make up for the lost time.

The Rajya Sabha member, who is an influential voice of the Opposition, also slammed the government for repeatedly stressing that it was "reaching out" to the Opposition parties, saying the phrase does not mean that "with hands in your pockets and a stiff face, you say 'this is what I have to offer, nothing else'".

"Under the garb of reaching out they have been closing the door on negotiations. Many times I have noted that the so-called people entrusted with the idea of reaching out, probably lack the mandate in offering anything tangible to the Opposition," Jha told PTI in an interview.

Since the start of the Monsoon session on July 19, parliamentary proceedings have been continuously witnessing disruptions due to protests by Opposition parties and a logjam has persisted over their demand for a discussion on the Pegasus snooping row.

The government has been denying all Opposition allegations in the matter.

Asked about the Opposition's demand for a discussion on the Pegasus issue and the logjam in Parliament over it, Jha said the government says in the media that it is reaching out but such efforts should mean "listening and not just hearing".

Jha alleged that the government was using the "language of enmity" which had taken away the possibility of "breaking the ice".

"But if Mr. Prime Minister himself intervenes and tells his people to break the ice and say 'we are ready to discuss everything', it is still possible to discuss. If possible, extend the session to make up for the time we have lost. We can sit after August 15," the senior Rashtriya Janata Dal (RJD) leader said.

Asked if extension of the Monsoon session, which is scheduled to end on August 13, was the way forward, Jha answered in the affirmative and pointed to his speech in Rajya Sabha on Covid, which has been widely appreciated and has gone viral on social media, to stress the importance of discussing critical issues in Parliament.

On Parliament being unable to discuss the devastating second wave of Covid at length, he accused the government of being in "brazen denial" of facts.

"The day I made that speech, a response from the government said that nobody died on account of unavailability of oxygen. When you fight a pandemic, you should be able to acknowledge failures as well as take credit for the success," he asserted.

"I don't only blame the central government, many state governments were also in a brazen denial mode," Jha said.

Asked if the Opposition could have focused more on issues such as price rise, farmers' protest and unemployment in the Monsoon session than Pegasus, he said all those issues were crucial and the Opposition was continuously raising them but the Pegasus matter had acquired an important dimension due to the level of snooping being reported by the media.

"I won't say Pegasus was No.1 for us but it acquired an important dimension due to the level of snooping which is being reported in the media with several countries in the world ordering probes, but in our case, there is not even acceptance (for debate)," Jha said.

Slamming the government for saying that the snooping allegations were a non-issue, he said if after a detailed discussion it is proved so, the opposition will accept it, but denying discussion goes against the very idea of parliamentary democracy.

"Have we forgotten that there was a discussion after Bofors (came to light). Same was with the Mundhra case during the Jawaharlal Nehru government but discussion was allowed even though the opposition was practically non-existent at the time," he said.

Jha also hit out at the government for passing the bills amid din, saying the legislations were being passed in roughly eight minutes and warned that if it becomes the new normal even future governments may take this route, making debate and discussion a thing of the past.

On Opposition unity being witnessed during the current Parliament session and if seeds of a grand alliance had been sown for the 2024 general elections, Jha said when floor leaders are coordinating in Parliament, 2024 is not on their minds and the major concern is issues such as repeal of farm laws, inflation and unemployment.