Rise and rise of Nirmala Sitharaman

High marks for loyalty and talent 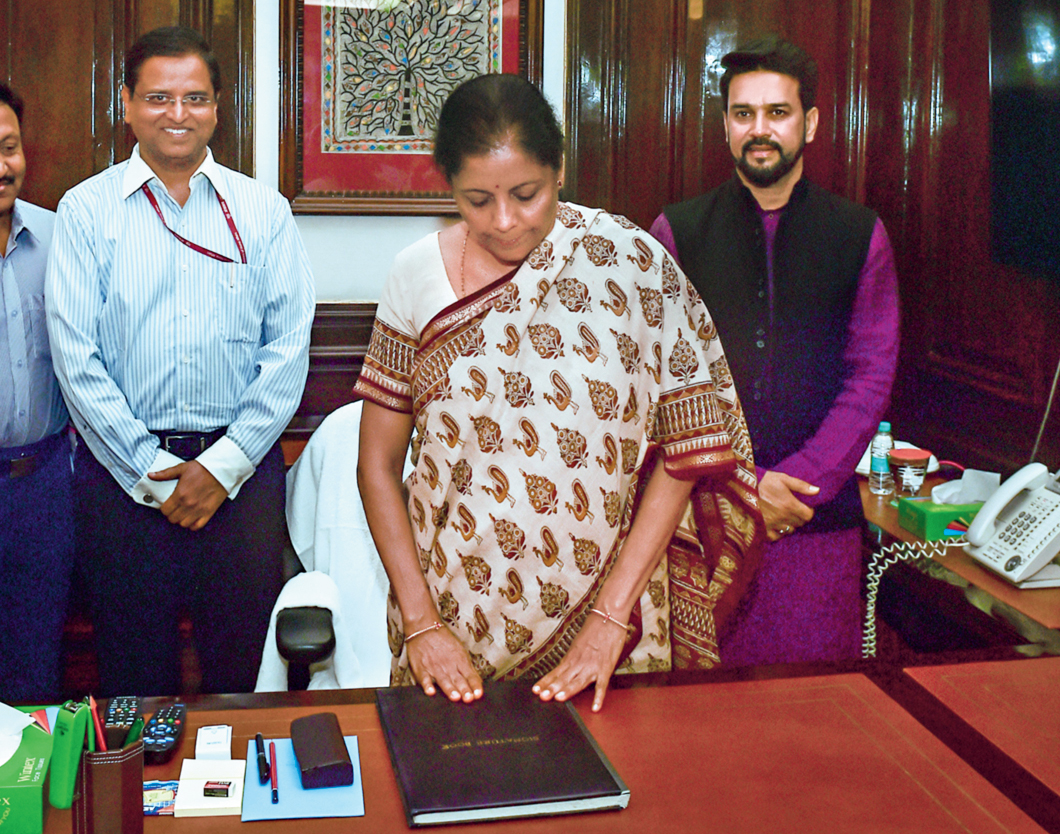 The elevation of Nirmala Sitharaman as finance and corporate affairs minister marked the meteoric rise of the otherwise low-profile leader who had befuddled the corridors of power when she was chosen the defence minister in the old Modi government.

The rise of Nirmala, a Rajya Sabha member, was seen in BJP circles as an example of “loyalty” being rewarded and also “talent” being promoted under the current Modi-Shah regime.

Nirmala has edged out other women contenders like “giant slayer” Smriti Irani, who defeated Congress chief Rahul Gandhi, to be the only woman in the elite Cabinet Committee on Security Affairs. Apart from the Prime Minister, the ministers of home, finance, external affairs and defence are members of the CCS.

“Honoured and humbled by the opportunity given to serve the nation under your leadership @PMOIndia @narendramodi. As a karyakarta grateful to my party @BJP4India,” Sitharaman had tweeted after taking the oath of office and secrecy on Thursday. 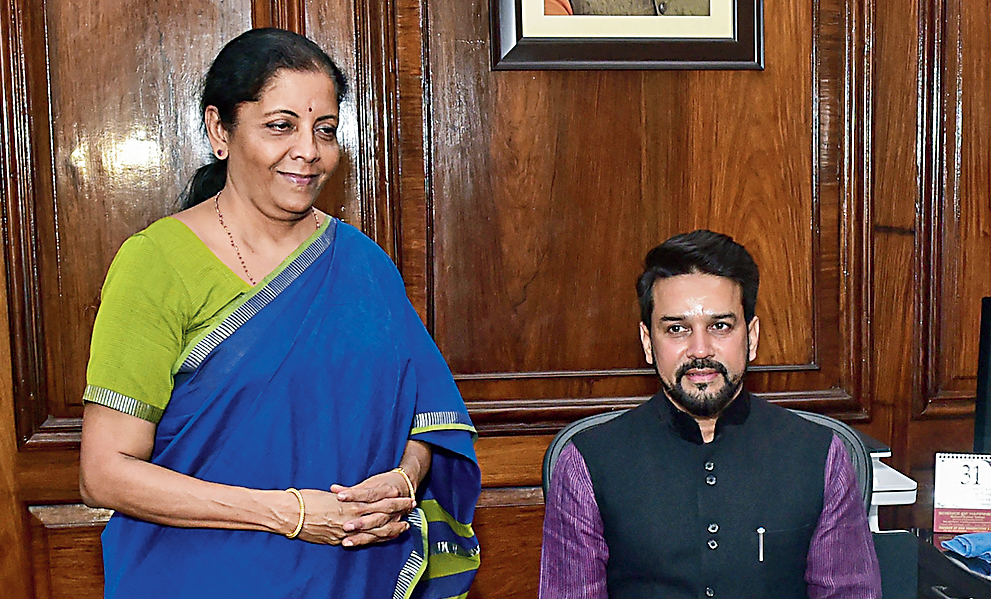 In the presence of Sitharaman, Anurag Singh Thakur takes charge as minister of state, finance and corporate affairs, on Friday.
(PTI)

Ironically, Sushma Swaraj, foreign minister in the previous government whose name is not on the list of ministers in the new Modi government, was the one who had introduced Nirmala to the BJP. Nirmala came in contact with Sushma and was inducted in the National Commission for Women in 2003-05. In 2006, Nirmala formally joined the BJP when Nitin Gadkari was the party chief.

A Master in Economics and M. Phil in International Studies from Jawaharlal Nehru University, Nirmala had drawn attention as a firebrand BJP spokesperson with her aggressive defence of the then Gujarat chief minister, Narendra Modi, and his confidant Amit Shah when they were targeted by their political opponents.

“Although Arun Jaitley had spotted her talent and picked her as party spokesperson, she caught the attention of both Modi and Shah as she defended the two, particularly in the English-speaking space,” a BJP leader said.

The articulate Nirmala had spent a good number of days in Gujarat during the 2012 Assembly polls and won the trust of Modi and Shah, a party leader said.

Many in the party on Friday felt Jaitley had played a “key role” in getting her the finance ministry that he held but chose to give up because of health reasons.

“Maybe Jaitley suggested her name for the post when Modiji met him a day ahead of the swearing-in to enquire about his health,” a BJP leader said.

Nirmala had started as junior minister in the finance and corporate affairs ministry under Jaitley and handled commerce and industry as a minister with independent charge. She was picked to be the first full-time woman defence minister in September 2017.

“As defence minister, she won the heart of Modiji by her aggressive attack on Congress chief Rahul Gandhi while countering the charges over the Rafale deal in the Lok Sabha,” a BJP leader said. Modi had tweeted her defence in the Lok Sabha, praising her profusely.

Despite the supposedly “loyalty” and “talent” factors, many in the BJP were stunned by the choice of “inexperienced” Nirmala as finance minister at a time the economy appears to be facing tough challenges.

“Given the indications from the Gujarat unit, everybody was certain Amitbhai had chosen finance for him. Something very significant seems to have happened at the last moment,” a BJP leader said.