Residential hockey academy set to come up in Chhattisgarh

State govt receives nod from SAI to build a Centre of Excellence for athletics, swimming, wrestling 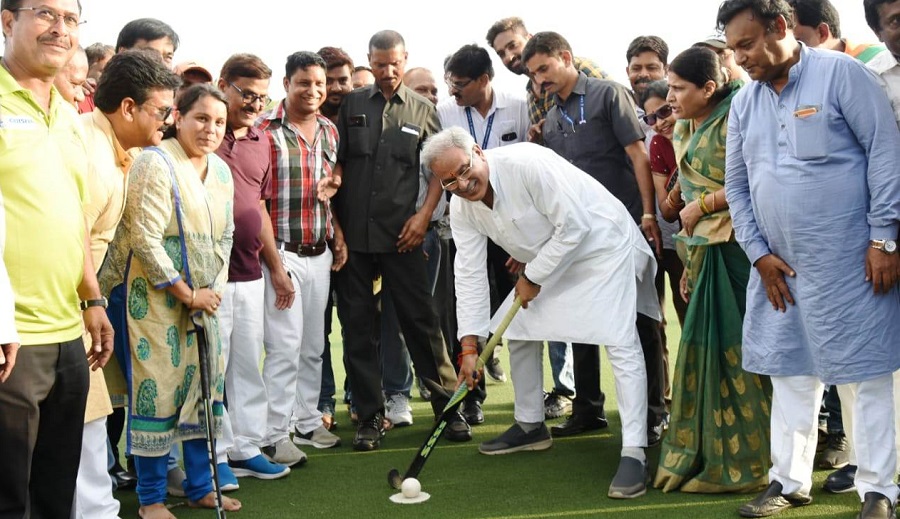 The time is ripe for sportspersons of Chhattisgarh to turn dreams into reality.

For the very first time after the formation of an independent state, a residential hockey academy is being set up in Raipur. Additionally, an 'Excellence Center' for Athletic, Wrestling and Swimming is also being launched in Bahtarai, Bilaspur.

Credit for these two ventures goes to chief minister Bhupesh Baghel, who has added a new chapter in the development of sports in the state by taking the concept of "Gadbo Nava Chhattisgarh" to playgrounds. He has enlivened the concept of holistic development, with the all-round development of children, especially the ones who share a special bond with sports.

Under the Khelo India Scheme, a proposal for setting up these facilities were sent to the Sports Authority of India (SAI) by the Department of Sports and Youth Welfare, for which the approval has been received.

Efforts are now being made to embark on the realization of 'Gadbo Nava Chhattisgarh' in the field of sports to enhance the sporting talents across the state and provide them with appropriate training.

Earlier, a proposal was sent to the SAI for archery by the Department of Sports and Youth Welfare, for which the approval has been received. At present, the archery training is being provided to the players in Raipur. Under the 'One State One Game', the development of archery in Raipur is also under process.

The Chhattisgarh Sports Development Authority has been constituted by the Chief Minister Mr. Bhupesh Baghel for the maintenance of available sports infrastructure and operation of residential sports academies in the state. Games are being developed across the state through the authority. The selection program for the Residential Hockey Academy will start soon. All the facilities like hostel, school, kit and food will be made available to the trainee players selected for residential academy.

Athletic, swimming and wrestling are the three major sports that have been selected for the Excellence Center to be started in Bahtarai, Bilaspur. Sports and Youth Welfare Department is on course to create new posts of trainers across the state.

The Excellence Center will aid in further polishing the sporting talent of the state. Necessary resources will also be made available by the Central Government for these two major centres.

The MoU for the hockey academy will soon be signed between the Sports Authority of India and the Sports and Youth Welfare Department.

Mr. Bhupesh Baghel, while inaugurating the AstroTurf Hockey Stadium at Bahtarai in Bilaspur on June 17, 2019, named it after former Minister Late B.R. Yadav. The 9th Hockey India National Sub Junior Hockey Competition was launched by the Chief Minister in this stadium, with teams from 22 states participating. A well-equipped sports complex is ready in Bilaspur. 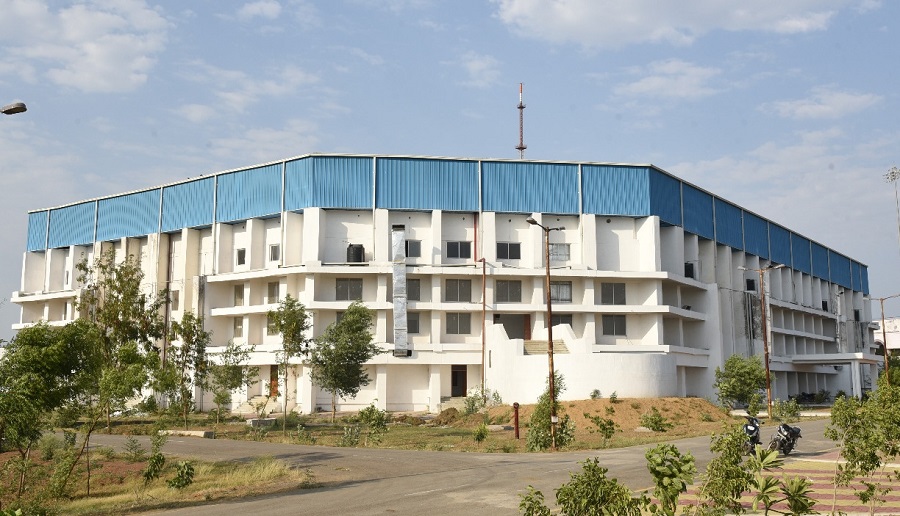 The residential hockey academy coming up at Raipur.
Telegraph picture

Chhattisgarh Hockey Academy in Raipur and State Sports Training Center in Bilaspur will provide a good opportunity for sportspersons of the state to develop their sporting skills. Players will get better sports infrastructure with better facilities and training from good coaches.

On the occasion of the launch of Yuva Mahotsav this year, the Chief Minister had encouraged the youth to move forward in the field of sports by giving a new slogan of 'Khelbo-Jeetbo-Gadbo Nava Chhattisgarh'.

It is noteworthy that after the formation of the state, no Sports Academy was established in Chhattisgarh.

Two well-equipped hockey stadiums of international level have already been established in Raipur. The Sports Authority of India and the team of sports experts of Khelo India visited the Raipur Hockey Academy and availed information regarding the sports infrastructure and facilities available there