Advertisement
Home / India / Regarding the scenario in India, Amartya Sen asks: Then what should we do?

Regarding the scenario in India, Amartya Sen asks: Then what should we do?

He said that he was concerned about the situation in Delhi 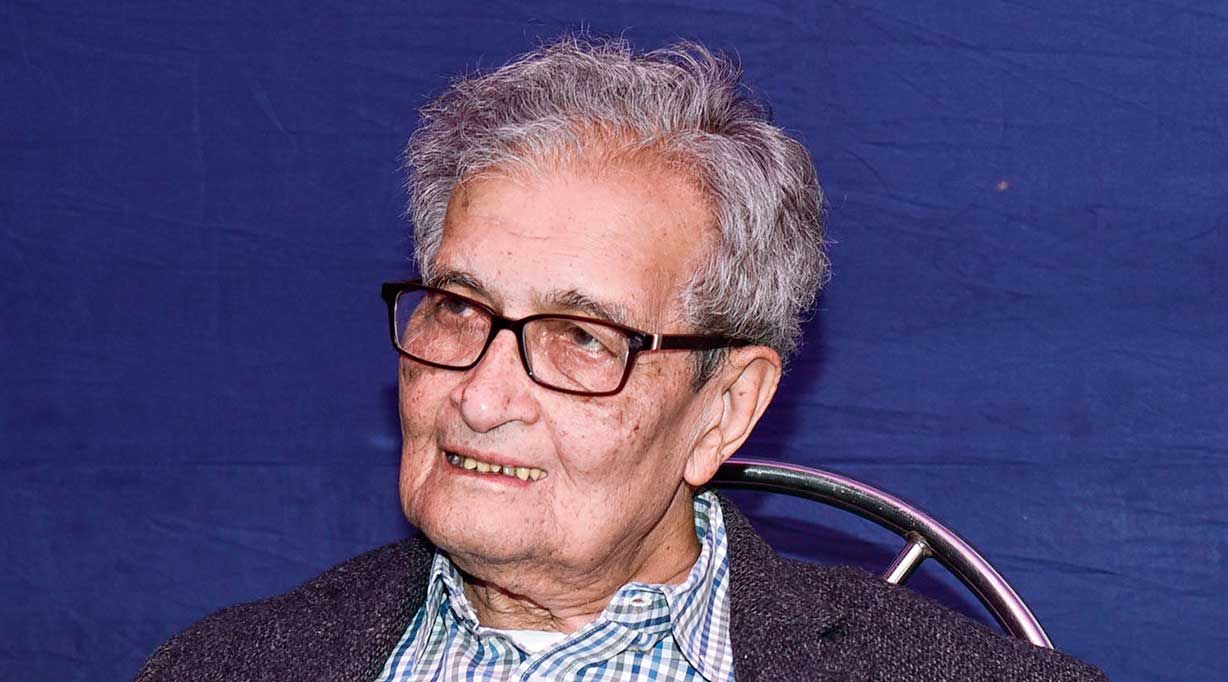 Amartya Sen, economist and Nobel laureate, spoke on the communal strife in Delhi, the role of police and the state of democracy in India during his speech at the concluding session of the annual meeting of Pratichi (India) Trust and then during an interaction with the media in Santiniketan on Saturday.

Sen at the session: India is truly going through a bad time right now. I think we are beginning to see reasons why we should worry about the future of Indian politics. (In a place where), gradually, hooliganism is happening, and torture upon the poor and weak in society is happening, and even the police cannot help them, then what should we do?

And in regard to these, if we have a discussion and a legal issue arises for which the court cannot help us, then what is our duty? Any Indian citizen can come up with these significant questions. Even though I live abroad a lot of the time and teach (there), as an Indian citizen, these thoughts are always in my head. And there is no way to stop such thoughts.

Sen at the session: (The strife occurred in) a part of Delhi near which I used to live when I was a teacher, I used to teach at the Delhi School of Economics. It (the affected area) is very close to where I lived (those days). These neighbourhoods are quite familiar to me. We have information that on several occasions, the police did not stop the people who were committing atrocities upon Muslims in these neighbourhoods. And for this, we truly have reason to be saddened.

Sen to media: I am very concerned that a place — that is the country’s capital and (the police force) is centrally governed — is witnessing atrocities against minorities, and the police are either being unable to stop it or are not trying to. There is enough reason to worry if these are true. The ones being beaten or killed are disproportionately from the Muslim and minority community. India is a secular country, so dividing Hindus and Muslims will not do. If this continues, then Indians — and I am extremely proud to be an Indian citizen — have a lot of reasons to worry.

Sen to media: As I said, if police are not acting, then something is wrong. We have to consider what the exact problem is — is it because of lack of efforts by the government, or the police’s lack of capability. I am a believer in debate and discussion on various issues, but I do not believe in commenting without considering the facts.

Sen to media: There are reasons for worries about Indian democracy. Democracy has two facets. The first is the opportunity for people to debate and discuss freely, which John Stuart Mill had said, “democracy is government by discussion”. If such discussion is stalled or if someone expresses an opinion and gets charged with sedition, then there is definitely a reason to think that there is a deficiency in democracy.

The other aspect is election. In the case of elections, there are reasons to worry how democratic is the economic disparity among different parties. These are all reasons for worry. I am not saying democracy is in immediate peril, nor am I saying that we can’t win fighting for democracy.