'Why so much distrust in us for the Legislative Council polls?' 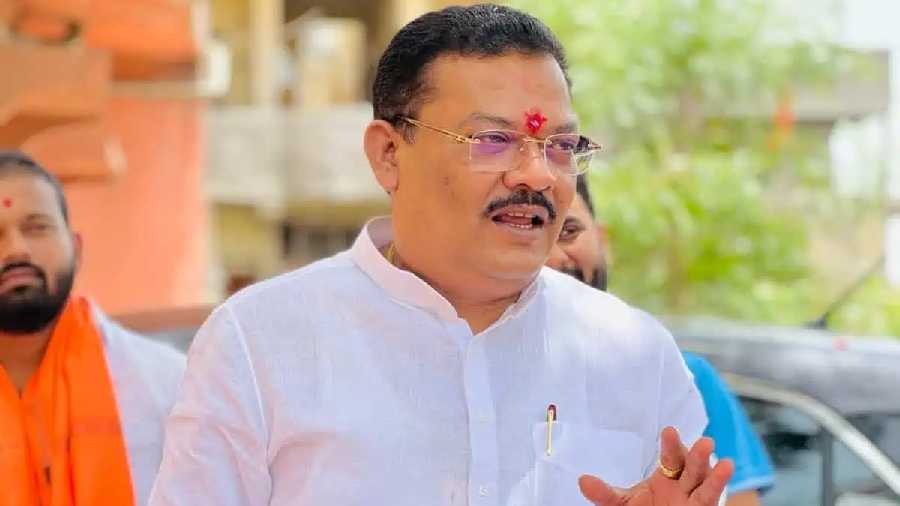 Rebel Shiv Sena MLA Sanjay Shirsat has written a letter to Maharashtra Chief Minister Uddhav Thackeray, claiming that state minister Eknath Shinde took the step of going against the party leadership as Sena MLAs, who faced "humilitation" for the last two-and-a-half years, persuaded him to do so.

While the Shiv Sena legislators had no access to the chief minister, the Congress and NCP, which are the "real opponents" of the Sena, were getting all the attention, he claimed in the letter, dated June 22.

The Sena shares power with the NCP and Congress in Maharashtra.

Shirsat, the MLA from Aurangabad (West) Assembly constituency, in the letter claimed that despite the Shiv Sena being in power and having its own chief minister, the coterie around Thackeray never allowed them access to 'Varsha', the CM's official residence.

There was no question of going to 'Mantralaya', the state secretariat, because the chief minister never came there, he said.

The letter was posted by Shinde on his Twitter handle, claiming these were the sentiments of the Sena MLAs.

Shinde is currently camping with some rebel MLAs in Assam's Guwahati city, plunging the Sena-led Maharashtra government into a crisis.

In the letter, Shirsat said Eknath Shinde opened doors for the party MLAs to listen to their grievances, issues about development work in their constituencies and related fund, and problems with allies Congress and NCP.

"Only Shinde heard us out and took steps to resolve all the problems. The party MLAs persuaded Shinde to take this step (of revolt) for the rights of all the legislators," Shirsat said in the letter.

While the Shiv Sena legislators had no access to the chief minister, the Congress and NCP, which are the "real opponents" of the Shiv Sena, were getting all the attention, he claimed.

"The Shiv Sena votes did not split in the Rajya Sabha polls, then why so much distrust in us for the Legislative Council polls?" he asked.

The Shiv Sena-led tripartite Maha Vikas Aghadi (MVA) in Maharashtra was trumped by the BJP in the Rajya Sabha polls to six seats from the state on June 10, when the Sena's second candidate, Sanjay Pawar, lost to BJP's Dhananjay Mahadik.

In the MLC polls to 10 seats held on June 20, the MVA again suffered a setback when it lost one out of the six seats it contested. The opposition BJP in the state won all the five seats which it had contested.

Maharashtra Chief Minister Uddhav Thackeray on Wednesday night moved out of his official residence 'Varsha' in south Mumbai and shifted to Matoshree, the Thackeray family's private bungalow in suburban Bandra, amid high drama, as the Shiv Sena asserted he will not resign in the wake of rebellion by Shinde.

Referring to the show of strength by Shiv Sainiks at 'Varsha' on Wednesday, Shirsat in the letter said, ''The doors of Varsha opened for the common people in the real sense yesterday. These doors were closed for us despite being the Shiv Sena MLAs."

"The cotorie around you never allowed us access to you. Whenever we got a call from 'Varsha' that you would like to meet us, we were made to wait for several hours by your cotorie. They never took our calls...why should we be humiliated like this despite being elected by three to four lakh people?" the legislator sought to know.

Shirsat also said the party MLAs were not allowed to accompany Maharashtra cabinet minister Aaditya Thackeray (the CM's son) to Ayodhya (in Uttar Pradesh during his visit on June 15).

''Aren't Hindutva, Ram Mandir, Ayodhya Shiv Sena's core issues? Then why we were stopped from accompanying Aaditya Thackeray to Ayodhya?" he asked.

The legislator further said he had checked in his luggage at the airport when he was told that the CM has said no MLA will accompany Aaditya Thackeray (on his Ayodhya visit).

"The Shiv Sainiks at the grassroot would question us as to how our real opponents Congress and NCP get access to you and to the development funds despite the chief minister being ours," Shirsat said.

"We would have a tough time answering our voters and workers why the Shiv Sena legislators were sidelined despite being in power. In all our tough times, Shinde stood by us, which is the reason we are with him today,'' he added.