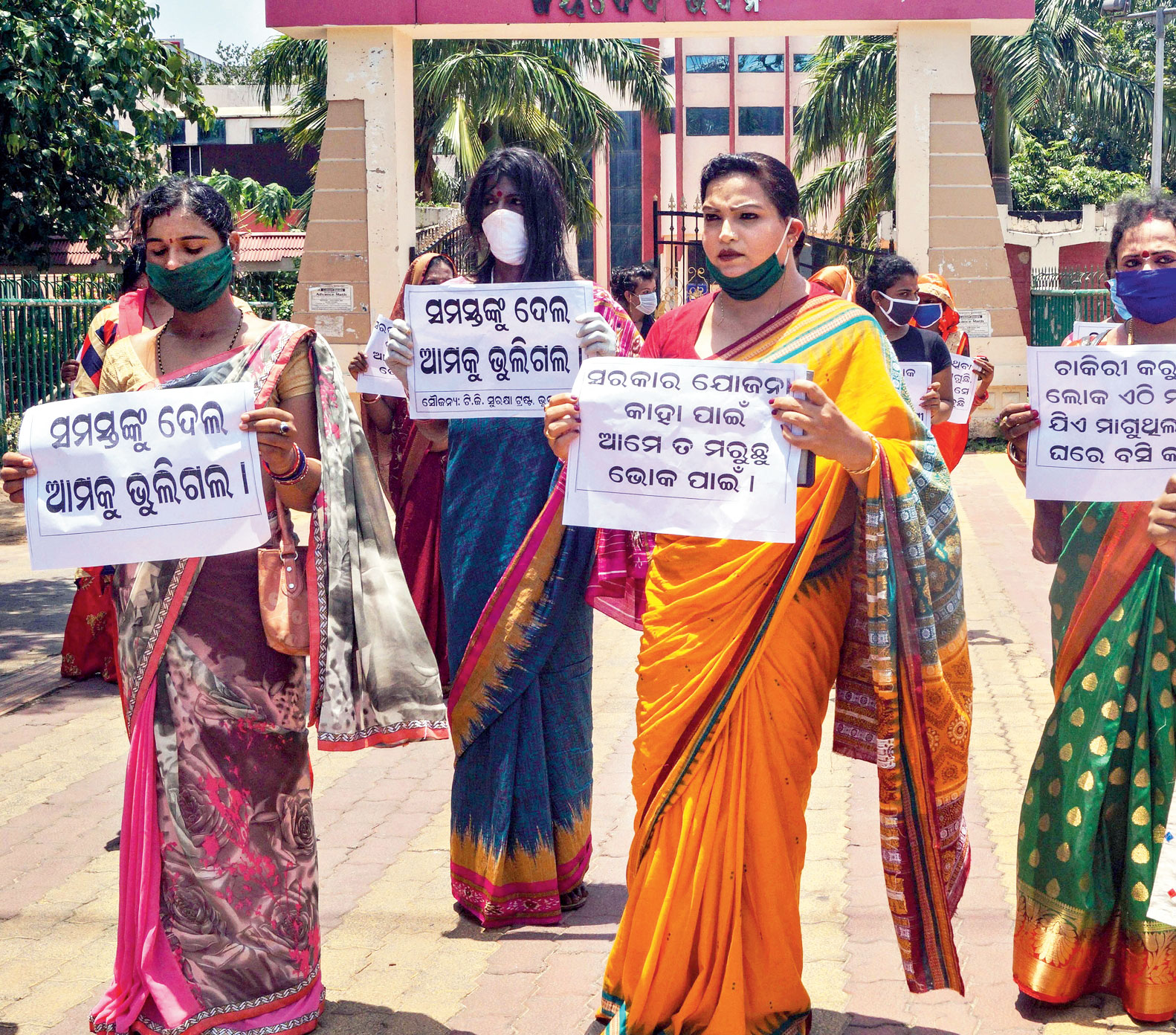 The Odisha Human Rights Commission (OHRC) has come to the rescue of Bhubaneswar’s sex workers who have been badly affected by the ongoing coronavirus-induced lockdown.

The rights body has directed the Bhubaneswar Municipal Corporation (BMC) to provide ration to the women who are facing a livelihood crisis with customers not visiting them for the fear of contracting the virus.

The OHRC order came on Monday, a day ahead of the International Sex Worker’s Day that is observed on June 2. The directive was issued on a petition filed by Namrata Chadha, a former member of the Odisha Women Commission and chairperson of the non-profit Mahila Adhikar Abhiyan.

“In its order, the OHRC has said the BMC has been called upon to provide food and ration to commercial sex workers as they have no ration cards. This should be strictly ensured as the state government has been maintaining that no one should be deprived of food and ration. The commission has also asked for a compliance report from the BMC and it will be put before it on June 18,” Chadha told The Telegraph.

She said: “Today is International Sex Workers Day. Here in India prostitution has neither been declared as legal nor illegal. That’s the reason why the sex workers are suffering a lot. During the lockdown while we had gone to distribute relief among them we were shocked to see their plight.”

She said: “Most of the workers don’t have ration cards. They don’t have any home or identity here. They have come from Bangladesh and other parts of the state. They are poor. Its time to cover them under National Food Security Act-2013. Accounts should be opened under Pradhan Mantri Jan Dhan Yojana. The government should immediately conduct a survey and provide them ration.”

With the OHRC’s order, around 100 sex workers staying in the red light area of Bhubaneswar are likely to get ration. When this correspondent visited the area around 11.30AM, most of the sex workers complained that there were no customers. The area has changed over the last decade with their thatched houses replaced by asbestos and tin roofs. But social distancing is not impossible in these shanties huddled together in narrow lanes. Accredited Social Worker (Asha) workers were seen educating them on health issues.

Very few agreed to talk on the condition that they did not want to be photographed. “We don’t want our photographs to appear in the media. If our photos are flashed, it will be tough for us to live here,” pleaded a sex worker.

Rani Dash, one of the commercial sex workers, who is in her 30s, said: “For the last three months no customer has visited the area. Whatever little we had is finished now. Even we don’t have money to meet our emergency needs. We don’t even get two square meals a day. We don’t know how long this is going to continue.”

Nagamani Rao, 61, one of their leaders said: “Earlier, there were 250 commercial workers staying here. Around 150 sex workers have left the place . Either they have moved to other locations of the city because the number of customers here has dwindled or they have left for their native places. But those who are still here are passing through a tough time.”

Social worker Anil Dhir said, “This is an ideal time for the government to intervene and tackle trafficking and forced prostitution. The government should think of an exit strategy that includes transitional housing, bank loans and alternative employment.”