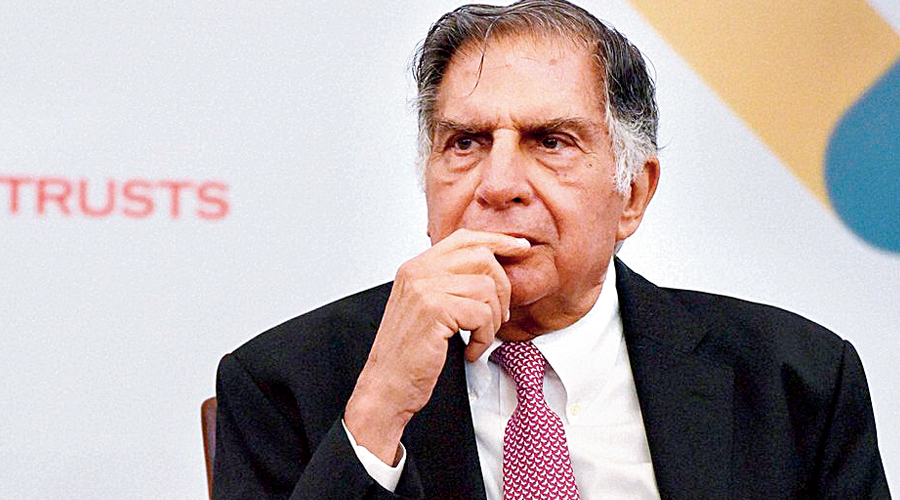 Veteran industrialist Ratan Tata extended a warm welcome to passengers onboard Air India flights, the airline said on Wednesday, his greeting coming after the takeover of the airline by the Tata group.

“The Tata group welcomes Air India's new customers and is excited to work together to make Air India the airline of choice in terms of passenger comfort and service," Ratan Tata said in a recorded message which the airline posted on its Twitter page today.

N Chandrasekaran, Chairman of Tata Sons, which in October last year beat a consortium led by rival SpiceJet promoter to win the bid for the national carrier, first called on Prime Minister Narendra Modi before heading to the Air India office where the takeover formalities were completed on January 27.

A new board of directors met shortly thereafter, formalising the management takeover.

Tata Group Founder JRD Tata had originally launched the airline in 1932 as the nation's first carrier, flying mail between Karachi in then-undivided, British-ruled India and Bombay. It was nationalised in 1953.

The finance ministry in a statement said the Air India strategic disinvestment transaction has been completed on Thursday with the government receiving the consideration of ₹2,700 crores from Talace Pvt Ltd, a wholly-owned subsidiary of Tata Sons.

Notably, Ex-Vistara boss Sanjiv Kapoor flew in Air India economy class after the Tata takeover two days ago and gave it a rating on 10.

In a series of tweets on January 31, Kapoor detailed his entire travel experience from boarding lines to how well physical distancing was enforced on the flight.

Kapoor was the chief strategy and commercial officer of Vistara Airlines, a joint venture between Tata Group and Singapore Airlines, from March 2016 to December 2019. He is now the president of Oberoi Hotels and Resorts.

The executive said that he took an Air India flight to see whether there were any immediate changes in its service and morale after the takeover.

“Hard (physical) product fixes take time,” Kapoor noted. “But soft product and morale can change overnight when there is hope, and a clear mandate to fix what's broken.”

Hard (physical) product fixes take time. But soft product and morale can change overnight when there is hope, and a clear mandate to fix what's broken.#AirIndia pic.twitter.com/l71MPlTWiY

Kapoor said he was happy to see that Air India had a priority boarding lane in place. “Another FSC (full service carrier) has removed this stating COVID rules (though I cannot fathom how creating new crowded bottlenecks helps with COVID),” he added.

The Oberoi hotels president said that the plane he boarded was clean and in decent shape. “Tea/coffee service in Economy Class, which the other FSC insists is not permitted by the DGCA (Directorate General of Civil Aviation) due to some COVID rules,” he added. “Every other airline however is serving it. Crew had name tags on their PPEs (personal protective equipment), a nice touch. Service was standard Air India.”

Kapoor was not satisfied with Covid safety measures on the plane. “Crew did not tell maskless passengers to mask up,” he claimed. “Many left masks off after the meal.”

The executive added: “I just don't understand how people are comfortable taking masks off to eat on crowded flights. Defeats the purpose of masks altogether. Many passengers coughing and sniffing maskless. I kept two masks on at all times.”

Kapoor said that passengers were pushing and shoving when it was time to get off the plane.

“No social distancing, nor any attempt to announce or enforce, for disembarkation. It was a free for all, pushing and shoving. This was in stark contrast to my previous AI (Air India) flight in December, where it was strictly enforced.”

Kapoor added that the only mention of Air India’s new ownership was when the captain, mid-flight, welcomed passengers on behalf of “Air India, the Tata Group, and Star Alliance".