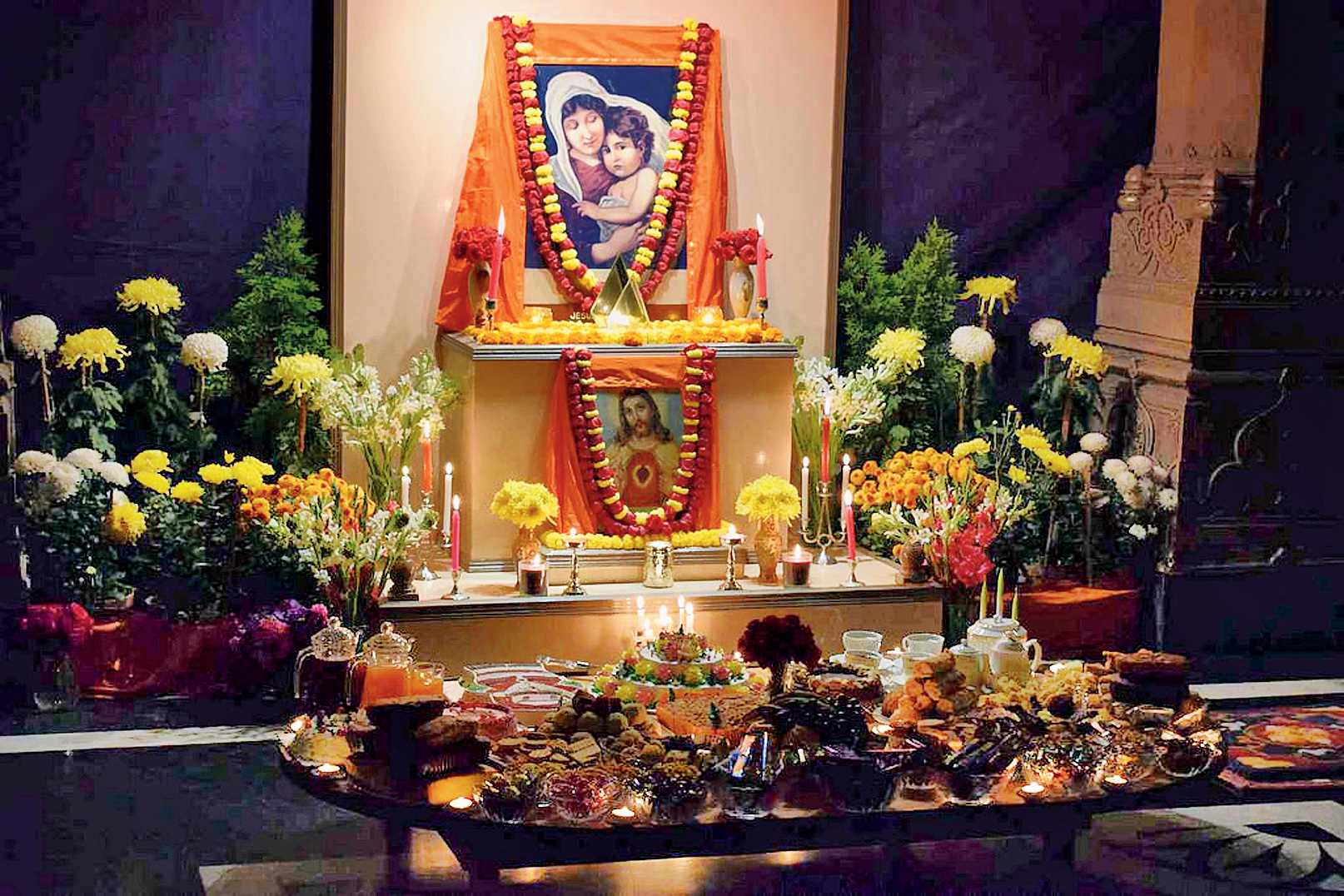 On Christmas Eve, 2017, like every year, a pedestal was adorned with pictures of Jesus and Mother Mary at Belur Math. Flowers, candles, cakes and fruits were offered by monks who came together to mark the day the way Swami Vivekananda had envisaged.
The Ramakrishna Math and Ramakrishna Mission
Mita Mukherjee   |   Calcutta   |   Published 22.12.18, 09:40 PM

The Ramakrishna Math and Ramakrishna Mission has invited the Archbishop of Calcutta to address a Christmas Eve gathering at its Golpark institute because “we need to understand other religions more than ever” and “establish trust and friendship among the people”.

Church officials said it was uncommon for the Archbishop to accept an outside invite on Christmas Eve but he had done so because “we are going through a phase when we need to create a spirit of mutual respect and propagate the message of love and peace”.

The exchange of the exemplary goodwill gestures at a time the country is passing through a critical phase on matters of faith has served to recall a poignant connection between the Math and Mission and Christmas Eve.

In December 1886, four months after Sri Ramakrishna had passed away, Swami Vivekananda (Narendranath Dutta at the time) and some of his monastic mates had gathered at Antpur, a village in Serampore subdivision of Hooghly district.

“One night, Swamiji sat with his brothers the whole night before a fire and exhorted them to take sannyas. In the morning, they came to know it was Christmas Eve. Eventually, they took sannyas, and the Ramakrishna Math and the Ramakrishna Mission was formed,” said a senior monk. “In remembrance of that great beginning, Christmas Eve is observed as a sacred day by the monks and devotees of the order.”

On Monday at 6.30pm, the event at the Ramakrishna Mission Institute of Culture on December 24 will start with the singing of Christmas carols. It will be followed by readings from the Bible and a “Christmas message” from Archbishop Thomas D’Souza and Swami Suparnananda, secretary of the Golpark institute.

Senior monks of the Math and Mission said the Archbishop’s gesture of agreeing to address the event was in keeping with “Swami Vivekananda’s ideas of religion and inclusiveness”.

“Sri Ramakrishna had practised all the religions before arriving at the realisation ‘Jato mot, tato poth (As many faiths, as many ways)’,” Swami Suvirananda, general secretary of the Ramakrishna Math and Ramakrishna Mission, told The Telegraph.

Usually, the Archbishop has a packed schedule in the run-up to the Midnight Mass. “But this time, when the Ramakrishna Mission brothers requested me to be present at the Golpark programme to observe Christmas Eve, I accepted it considering the present situation,” the Archbishop told The Telegraph.

“When Swami Vivekananda delivered his famous Chicago address he called everyone present there his sisters and brothers. He had not thought about the different religions they belonged to. I think we need to propagate this spirit of respect now,” he said.

“We must understand we are all human beings — and this is the common denominator. No religion says you must kill…. Jesus Christ brought the message of peace and love and so have all religions. But some people are misinterpreting this. So it is important now that we establish a feeling of trust and friendship among the people.”

At the inauguration of the Calcutta Christmas Festival at Allen Park in Park Street on Friday, with chief minister Mamata Banerjee in attendance, the Archbishop had said that any hatred or polarisation should disappear in the atmosphere of peace, love, respect and joy.

Every Christmas Eve at Belur Math, the global headquarters of the Math and Mission, monks offer arati before a picture of Infant Jesus cradled in the arms of Mother Mary at the main prayer hall, amid flowers and candles.

Elaborate offerings are made and the day is marked in the spirit of Swami Vivekananda’s vision about blending Vedanta with Christianity.

“We are the only order of monks in the world where monks from different religions have converged. And none of them has had to convert. So we have monks from all religious backgrounds with us — Christians, Muslims, Jains, Hindus, Buddhists,” Swami Suvirananda said. “We have Muslim monks in Iran and Christians across our centres in Europe.” 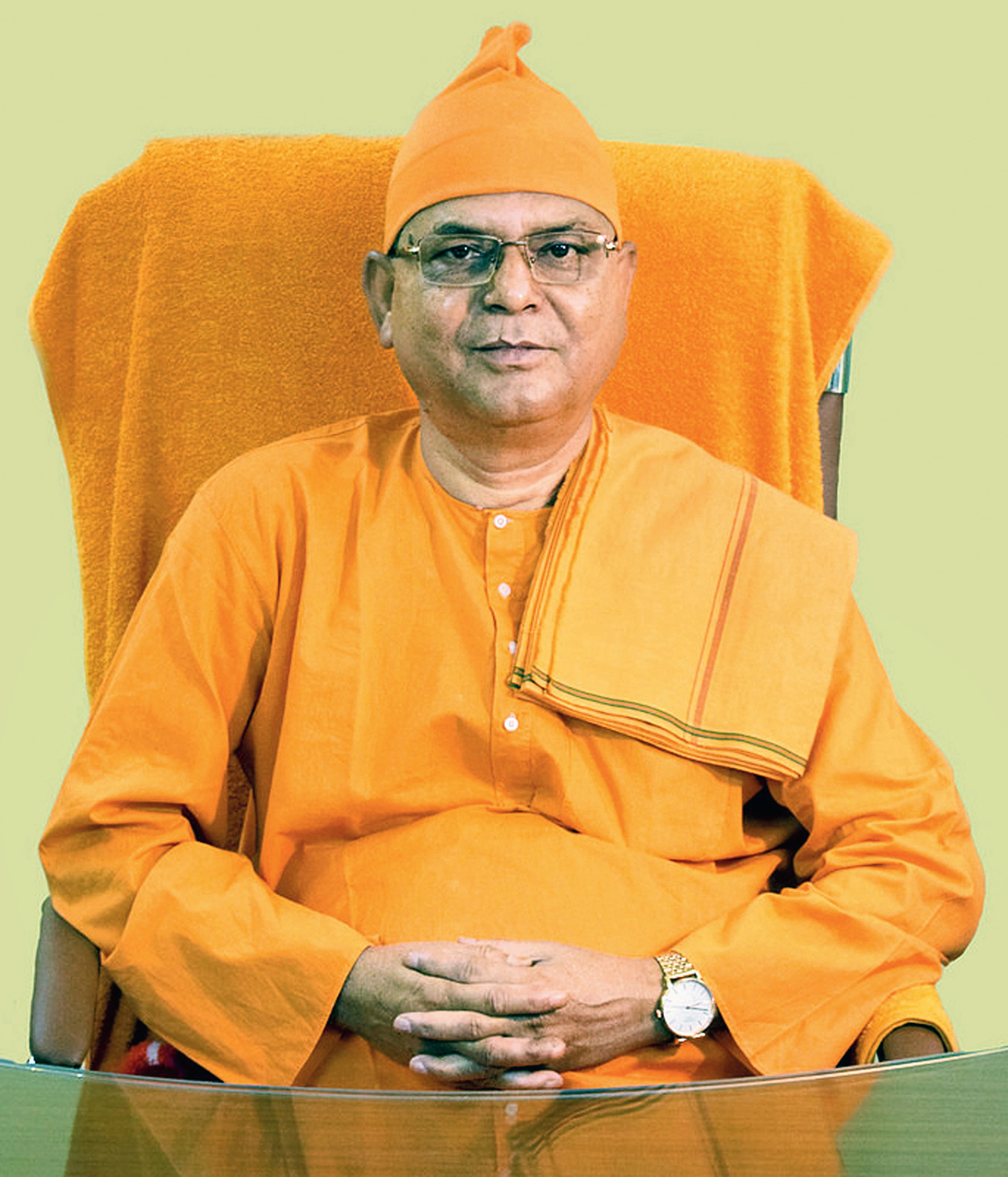 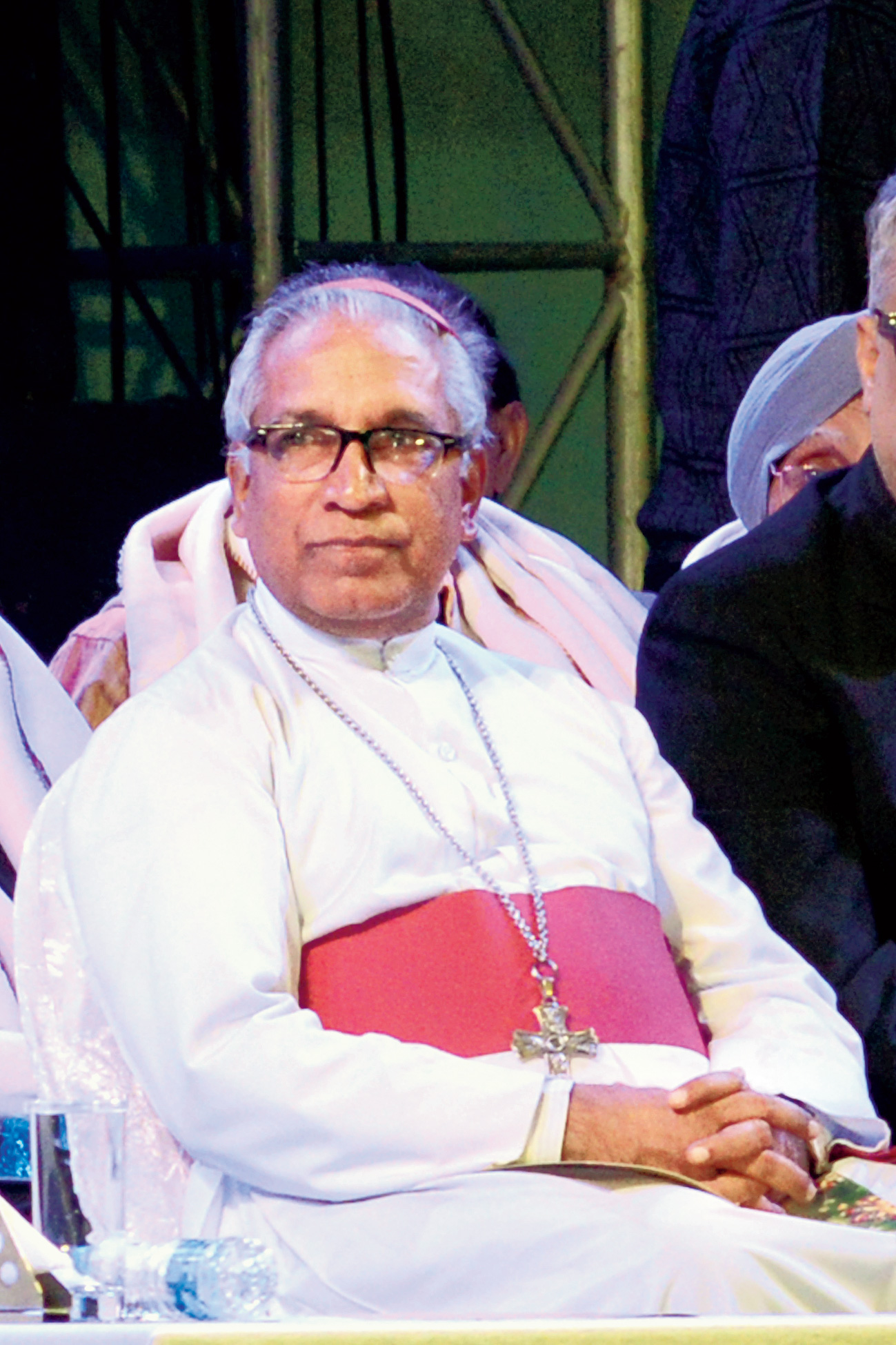