Rajnath Singh calls for navigation freedom in the Indo-Pacific region 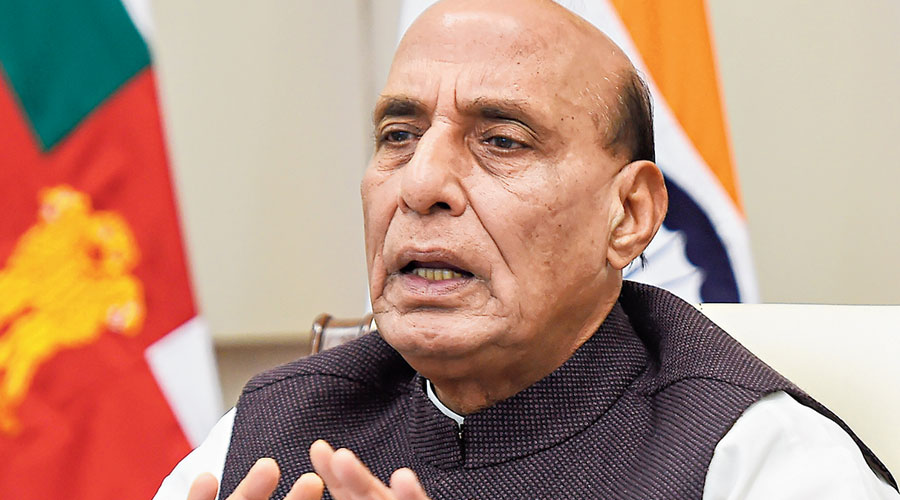 Defence minister Rajnath Singh on Wednesday called for an open and inclusive order in the Indo-Pacific region and underlined the need for ensuring freedom of navigation and unimpeded commerce in the international waterways including the South China Sea.

During his virtual address at the Asean Defence Ministers’ Meeting-Plus (ADMM-Plus), Singh, in an obliquereference to China’s military behaviour in the South China Sea and Indo-Pacific, said the sea lanes of communication were critical for peace, stability, prosperity and development of the region.

Singh said developments in the South China Sea have attracted attention in the region and beyond.

The Chinese People’s Liberation Army has been taking an assertive stance in the South China Sea and is challenging India’s domination in the region.

“Maritime security challenges are a concern to India. The sea lanes of communication are critical for peace, stability, prosperity and development of the Indo-Pacific region,” Singh said.

“India calls for a free, open and inclusive order in the Indo-Pacific, based upon respect for sovereignty and territorial integrity of nations, peaceful resolution of disputes through dialogue and adherence to international rules and laws.”

India, Singh said, has strengthened its cooperative engagements in the Indo-Pacific based on converging visions and values for promotion of peace, stability and prosperity in the region.

“Premised upon the centrality of Asean, India supports utilisation of Asean-led mechanisms as important platforms for implementation of our shared vision for the Indo-Pacific,” Singh said.

The defence minister said terrorism and radicalisation were the “gravest threats” to peace and security in the world and a collective approach was required to combat the challenges.

He called for strong action against those encouraging, supporting and financing terrorism and providing shelters to terrorists.

The ADMM-Plus is a platform comprising the 10-nation Asean (Association of Southeast Asian Nations) and its eight dialogue partners — India, China, Australia, Japan, New Zealand, South Korea, Russia and the US.