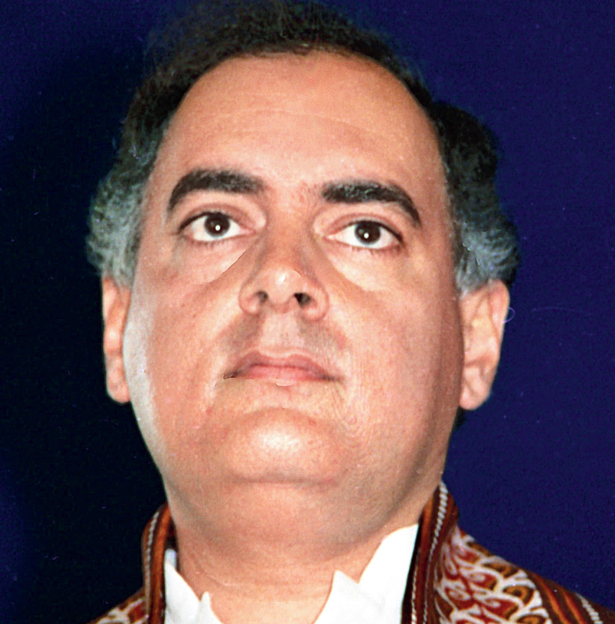 The Delhi Assembly on Friday passed a resolution demanding that the Bharat Ratna awarded to late Prime Minister Rajiv Gandhi be withdrawn, prompting a ruling party MLA to walk out in protest.

The development, the result of an ambush by an Aam Aadmi Party member apparently without the leadership’s endorsement, comes at a time when the AAP is reportedly talking to the Congress for an alliance ahead of the Lok Sabha polls.

AAP member Somnath Bharti had added the paragraph on Rajiv at the last minute, and the resolution was passed at the end of the session in the absence of chief minister Arvind Kejriwal, his deputy Manish Sisodia, and the four-member BJP Opposition.

AAP leaders later claimed the resolution did not contain the paragraph on Rajiv, which they said had been moved as an amendment but not passed. But the record of the day’s proceedings shows the paragraph as part of the resolution, a senior Assembly official confirmed.

In private, AAP leaders accused firebrand MLA Alka Lamba, a former Congress student leader, of influencing Bharti to embarrass the leadership as payback for sidelining her from Assembly committees and denying her a Lok Sabha ticket.

But Lamba tweeted: “I was asked to speak in support of this resolution to withdraw former PM Rajiv Gandhi’s Bharat Ratna, which I refused to do, and I walked out of the House. I am ready for any punishment for this.”

Party sources said she had been asked to resign from the AAP. Delhi Congress chief Ajay Maken shared her tweet and wrote: “If this is true, then you have done the right thing Alkaji. Rajiv Gandhi is a martyr of the country… What BJP could not do, its B-team, AAP has done….”

Maken is a vocal critic of any tie-up with the AAP.

The two-day special session, which ended on Friday, had been called to approve an appropriation bill and an amendment to the Goods and Services Act, and to present supplementary demands for grants. In addition, a discussion on the 1984 anti-Sikh pogrom was initiated on Thursday.

On Friday, Assembly officials confirmed, AAP member Jarnail Singh approached the Assembly secretariat during the 4pm tea break to introduce a resolution “to specifically include crimes against humanity and genocide in India’s domestic criminal laws”.

Assembly rules require a resolution to be submitted 12 days in advance, and a member’s opportunity to introduce it is decided by lottery. These conditions can be waived if the House permits an MLA to move a resolution and the Speaker approves — a method favoured after the AAP came to power in 2015. The party holds 66 of the 70 seats.

The circulated draft of the resolution says: “…This House directs the Government of National Capital Territory of Delhi to impress upon the MHA (Union home ministry) that it should take all important and necessary steps to specifically include crimes against humanity and genocide in India’s domestic criminal laws….

“This House further resolves that special fast-track courts be set up for quick and time-bound trials in all pending 1984 riots cases…. This House resolves that the government of NCT of Delhi should continue to fight for ensuring justice for the 1984 genocide victims’ families.”

Just before Jarnail’s chance came at the end of the discussion to introduce the resolution, Bharti wrote an additional paragraph in Hindi with a pencil and passed it on to him.

It said: “This House further resolves that the Union government should take necessary steps to withdraw the Bharat Ratna conferred on the former Prime Minister Shri Rajiv Gandhi, who ‘justified’ the 1984 genocide.”

Jarnail read this out in Hindi. This was the resolution that went into the Assembly records.

“He suggested it to me. I agreed with this suggestion and read it out,” Jarnail told this newspaper. “I should have circulated the edited draft first. But this is what the House has discussed and now one must ask the BJP at the Centre whether they have the courage to withdraw the award.”

Kejriwal, Sisodia and the Opposition had already left for the day when this happened around 6.50pm. The members passed the resolution by voice vote.

A senior Assembly official clarified that the records show no amendment. “There is only one resolution, which was passed in the same form as it was introduced by the member…. The House granted the member permission to introduce his resolution, hence the requirement of first circulating a copy of the whole text was waived off with the permission of the Speaker.”

Both of Speaker Ram Niwas Goel’s mobile numbers were switched off. Bharti admitted on Twitter that it was he who had “suggested the line”.

“I further clarify that the amendment I proposed was not put to vote as an amendment n hence there is no question of passing the same. Hope this answers the dispute conclusively.”

Two days ago, the AAP’s H.S. Phoolka, who recently quit as leader of the Punjab Opposition, had released a video of a speech by Rajiv and the BJP’s R.P. Singh had demanded that his Bharat Ratna be withdrawn.

Rajiv says in the speech: “When Indiraji’s assassination happened, there were riots in the country. We know that the hearts of the Indian people were full of anger and that for a few days people felt India was shaking. When a big tree falls, the earth shakes.”

This comment has for the past three decades been seen as a justification of the pogrom against Sikhs.

Following the AAP leadership’s talk of the Rajiv paragraph being moved as an amendment that was not passed, the BJP has started accusing the party of “deceiving the martyrs of 1984”.