Flash floods have been reported at Lote and Tozing Nullahs in Lahaul, assessment of losses is being done 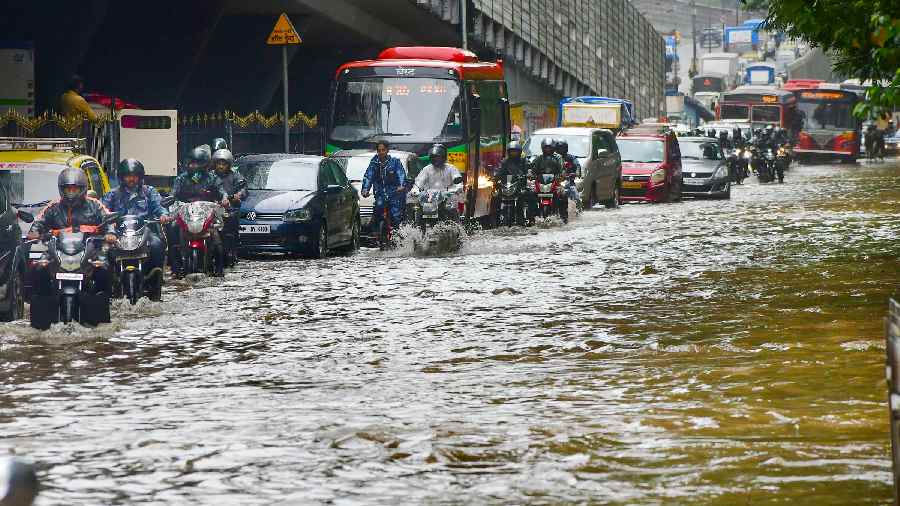 Heavy rains wreaked havoc in parts of Himachal Pradesh on Thursday with two women being buried alive under debris following a landslide in Kullu district, while shops and vehicles were washed away and highways blocked by flash floods in other places.

In Kullu, Chavelu Devi (55) and Kritika (17) died when their house at Khadel village in Sheel gram panchayat of Anni tehsil was hit by debris following the landslide around 9 am, Director of state disaster management department Sudesh Mokhta said.

In another incident in the district, 10 shops and three vehicles were washed away following a cloudburst at the Deuthi gram panchayat in Anni tehsil around 7.30 am, he added.

An old bus stand and a panchayat building at Deuthi are also facing the risk of being washed away, and revenue department officials have reached the spot to assess the situation, he added.

In Shimla district, three small cars and a pickup vehicle were washed away during torrential rains at Diyandali Nullah in Chopal tehsil, the official said.

In Mandi district, the Mandi-Kullu national highway has been blocked following a landslide in the morning, he said.

The Mandi District Emergency Operation Centre (DEOC) said the incident occurred at 7 Mile near Pandoh due to which National Highway-21 has been completely blocked. Vehicular traffic has been diverted through Kataula.

"In Chamba district, a crasher, two compressors machines and a store of a construction company were washed away in a cloudburst incident near Ala Nullah in Bharmour tehsil," Mokhta said.

"In Lahaul-Spiti district, National Highway-3 has been blocked. There is a flood-like situation and stones are continuously falling near Kuthbihal after flashfloods at Telling nullah in Lahaul subdivision," he added.

"Road restoration work is under process. Besides, state highway number 26 was blocked following a flash flood at Sindhwari nullah in Udaipur subdivision of Lahaul-Spiti district," he said.

Flash floods were also reported at Lote and Tozing Nullahs in Lahaul subdivision and the assessment of losses is being done, Mokhta said.

A car was hit by flash floods at Tozing Nullah, and the road has been closed for vehicular movement to avoid any untoward incident, he said.