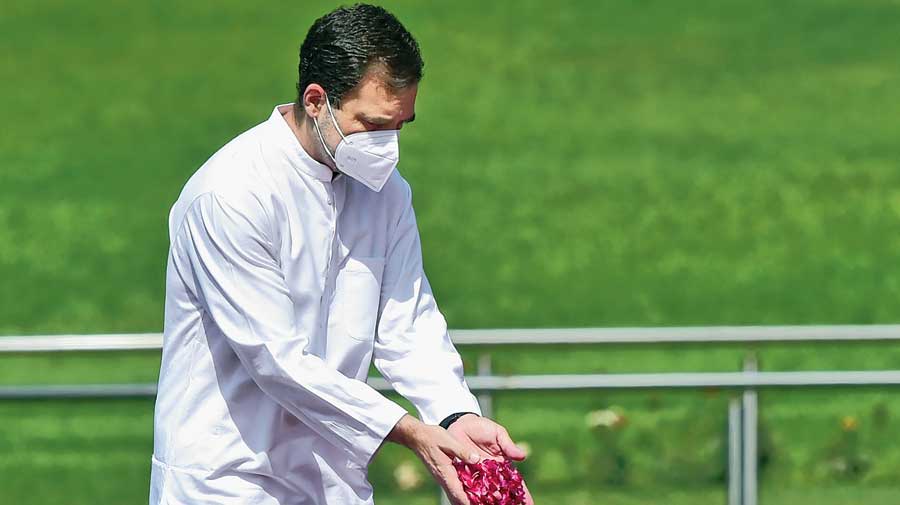 Rahul Gandhi on Thursday wrote to Prime Minister Narendra Modi seeking his immediate intervention to withdraw the draconian measures brought by the Lakshadweep administrator, which have triggered unrest in the islands.

Arguing that the people of Lakshadweep deserve a developmental vision that respects their way of life and reflects their aspirations, Rahul said: “Lakshadweep’s pristine natural beauty and its unique confluence of cultures have drawn people for generations. The custodians of its heritage seek to safeguard the archipelago for posterity. However, their future is threatened by the anti-people policies announced by the administrator Praful Khoda Patel. The administrator has unilaterally proposed sweeping changes without duly consulting elected representatives or the public. The people of Lakshadweep are protesting against these arbitrary actions.”

Praful Khoda Patel, a BJP leader from Gujarat supposed to be close to Modi and home minister Amit Shah, was the first politician to become the administrator of Lakshdweep, breaking the tradition of appointing a senior bureaucrat.

Lakshdweep, with a population of 65,000 and spread over 30 square kilometre area, has a unique cultural tradition and the people fear the arbitrary changes being imposed will play havoc with their heritage and lifestyle.

The administrator has introduced changes to take away the departments of animal husbandry, fisheries, agriculture, health and education from the district and gram panchayat, which is a direct assault on the powers of elected representatives. He has also lifted prohibition from three of the 10 islands, which the locals feel will affect their social life. But the administrator is cracking down violently on the protesters by invoking Prevention of Anti-Social Activities Act.

He added: “The provision in the draft panchayat regulation that disqualifies members with more than two children is blatantly anti-democratic. Furthermore, proposed changes to regulations like Prevention of Anti-Social Activities Regulation, the Lakshadweep Animals Preservation Regulation and lifting of restrictions on sale of alcohol are a deliberate assault on the cultural and religious fabric of the local community. The attempt to cut ties with Beypore port strikes at the close historical and cultural ties with Kerala.”

Seeking withdrawal of the new orders, he said: “It is pertinent to mention that despite the pandemic, the administration demolished structures used by the fisher folk, fired contractual workers in various government departments, and relaxed quarantine norms that led to a lethal spike in Covid cases. Under the guise of development and maintaining law and order in a low-crime Union territory, the draconian regulations penalise dissent and undermine grassroots democracy.”

Former home minister P. Chidambaram also tweeted: “Lakshadweep was a haven of peace, harmony and development according to the ethos and wishes of the people. Enter BJP: there are manufactured controversies and chaos. The Administrator, a BJP apparatchik, must be immediately sacked. The practice of appointing a seasoned civil servant must be restored. The Administrator is not a ruler but a servant of the people.”