'I want to make our current affairs, history and crisis clear and accessible for those interested in the truth' 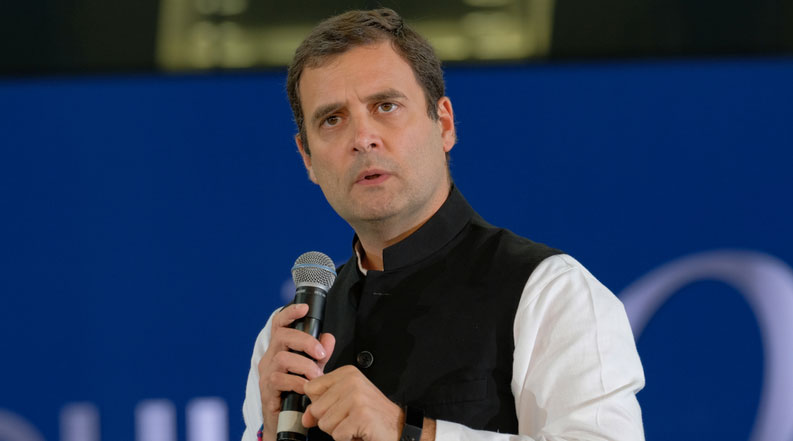 Rahul Gandhi on Monday said the “hate-filled narrative” spread by a large segment of the media was “tearing India apart” and announced his intention to reach out to the people directly through his own videos.

“Today a large part of the Indian news media has been captured by fascist interests. A hate-filled narrative is being spread by television channels, WhatsApp forwards and false news,” Rahul tweeted.

“This narrative of lies is tearing India apart. I want to make our current affairs, history and crisis clear and accessible for those interested in the truth. From tomorrow, I’ll be sharing my thoughts with you on video.”

Rahul’s outreach programme, at a time when mass contact is restricted because of the Covid-19 threat, appears to indicate his possible return as Congress president.

An ordinary MP from Wayanad would not be expected to need such a mechanism to communicate with the people of India. However, the party has been tight-lipped about Rahul’s future.

Some Congress leaders are hoping that Rahul would return as president as early as August, although sources close to him are unwilling to throw any hints.

Unrest is deepening in the party about the leadership crisis, and most of the leaders feel the vacuum is hurting the whole of Opposition politics.

Senior Congress leaders have been saying in informal conversations that Rahul should step aside if he is not interested in leading the party because the stop-gap arrangement involving Sonia Gandhi cannot continue for too long.

Many party insiders link the leadership vacuum to the crisis highlighted by Jyotiraditya Scindia’s exit and Sachin Pilot’s rebellion.

Rahul has long been critical of the media. He often exhorted reporters at public meetings before the last parliamentary elections not to fear the consequences of telling the truth.

He has alleged that corporate elements that protect Prime Minister Narendra Modi are ensuring that the media sustain a false narrative.

His latest attack, however, has been sharper, involving expressions such as “fascist”.

Rahul has been relentlessly accusing the Modi government of mishandling the Covid-19 epidemic and the Chinese intrusion.

On Monday, too, he attacked the Prime Minister for delayed action on the Chinese intrusion. “He’s ‘lying’ asleep. And India is paying for it,” he tweeted.

The terse remark came attached with a report that sought to describe how China had planned the incursions and started the process in early May.

Rahul commented on the fast-spreading infections. Posting a graphic that showed India rising to the top of the chart, he tweeted: “India at good position in Covid19 battle?”