The celebrities, including Ramchandra Guha, Mani Ratnam and Aparna Sen, had written an open letter to the PM over incidents of mob lynching 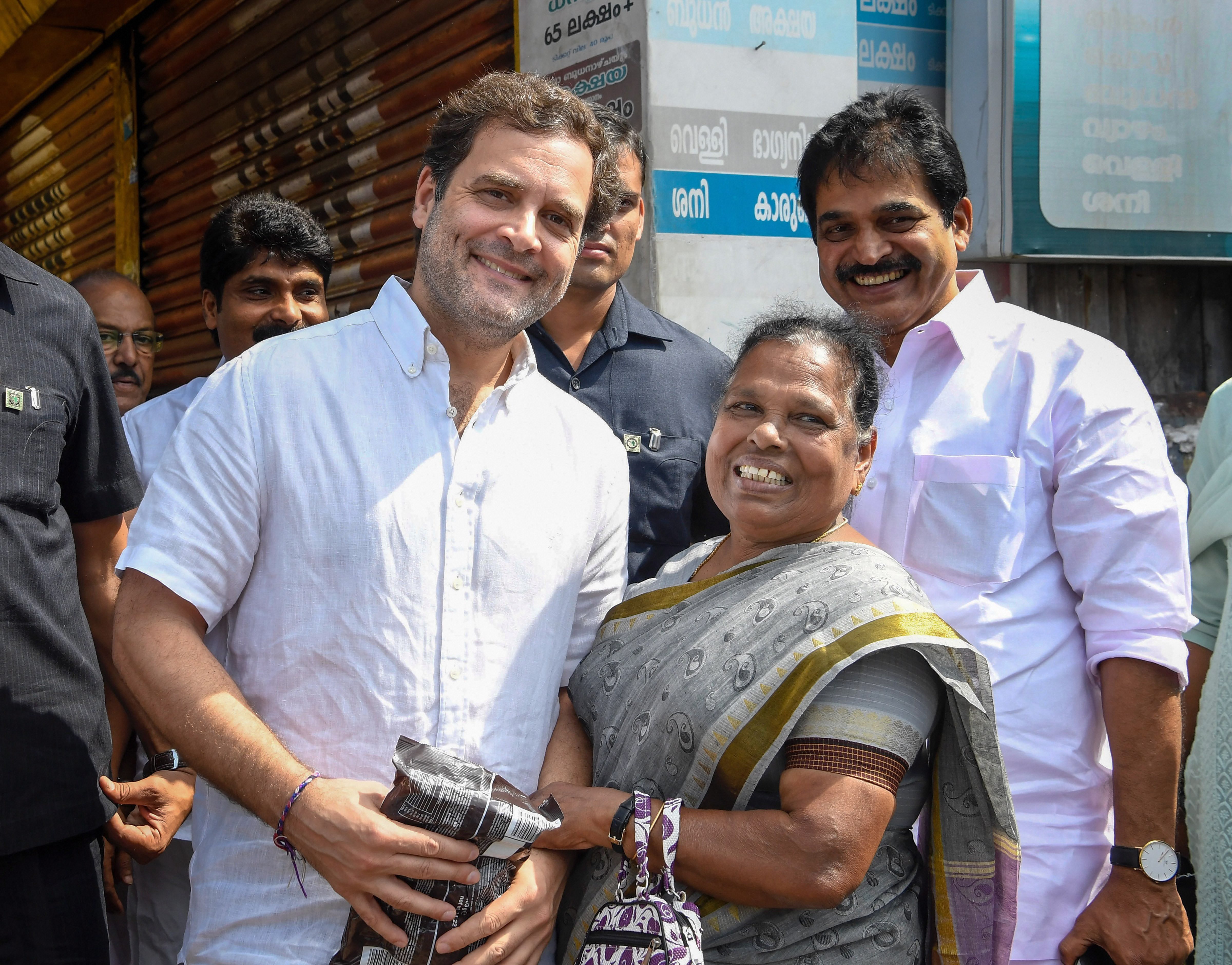 Congress leader Rahul Gandhi on Friday lashed out at the BJP government, saying anybody who says anything against Prime Minister Narendra Modi or the government is put behind bars, referring to an FIR filed against nearly 50 celebrities.

The celebrities, against whom the FIR was registered on Thursday, had written an open letter to the Prime Minister on incidents of mob lynching.

Gandhi said the country was moving towards an authoritarian state and it was not a secret anymore.

'Everybody knows what is going on in the country. It's not a secret. In fact the whole world knows it. We are moving into an authoritarian state. It's pretty clear,' the Wayanad MP, who is in his constituency to express solidarity with the protests against the night traffic ban on the highway passing through the Bandipur Tiger Reserve, told reporters.

An FIR was filed at Muzaffarpur in Bihar on Thursday against nearly 50 celebrities, including Ramchandra Guha, Mani Ratnam, Adoor Gopalakrishnan and Aparna Sen, who had written an open letter to Prime Minister Modi, raising their concern over growing incidents of mob lynching.

The case was filed after a chief judicial magistrate passed an order on a petition filed against the celebrities before his court.

The petition had claimed that the celebrities allegedly 'tarnished the image of the country and undermined the impressive performance of the prime minister' besides 'supporting secessionist tendencies.'

Gandhi said there were two ideologies in the country in which one nurtures the idea that the nation be ruled by 'one man, one ideology'.

'On one side, there is the idea that the country should be ruled by one man, one ideology and everybody else should shut up. On the other side, there is the Congress party and the Opposition who are saying no (to this) and that this country has many divergent views, different languages, cultures, many different expressions and those voices should not be crushed. That's the main battle going on in the country,' he said.