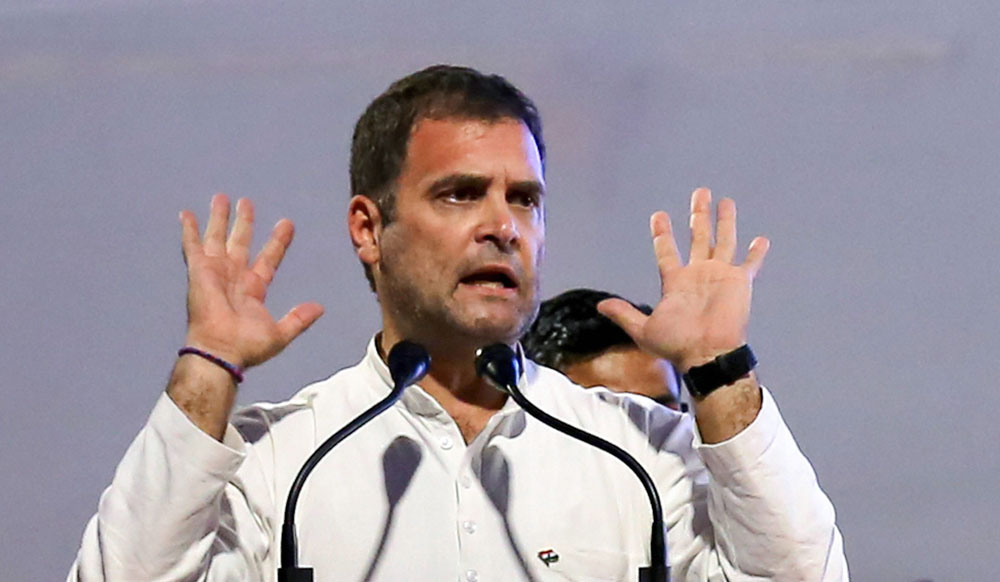 Rahul Gandhi on Thursday told reporters he wouldn’t utter a word against the CPM and its allies, saying he fully understood why Kerala’s ruling Left parties were upset with his decision to contest from Wayanad.

“I am here to send a message of unity and to say south India is important,” Rahul said.

The CPM and the CPI had both attacked Rahul soon after the Congress announced on Sunday that he would contest the upcoming general election from Wayanad in addition to Amethi, the Uttar Pradesh constituency he now represents in Parliament.

The CPM mouthpiece, Deshabhimani, ran an editorial that referred to Rahul as “Pappu”, using the BJP’s standard invective for the Congress president.

“Pappu strike to complete the destruction of Congress,” ran the headline of the editorial that chose strong language against both Rahul and the Congress for not realising who their main enemy was.

The Left Democratic Front’s contention was that Rahul would be engaged in a direct fight against it since the BJP was a minor player across Kerala, particularly in Wayanad. The CPM and Deshabhimani had later acknowledged that the headline was a “mistake”.

On Thursday, CPM Wayanad district secretary P. Gagarin said it was obvious that Rahul had understood why the Left parties were disappointed with the Congress’s decision.

“Rahul cannot say anything more. His statement itself is proof that he has clearly understood why the Left parties objected to his candidature in Kerala,” Gagarin told The Telegraph.

“The Left has been fighting the BJP and its fascist government. Instead of joining that (fight), the Congress fielded their national president in a state where the BJP is not a force. I am sure he has understood why we have expressed our dissatisfaction at fielding him in Wayanad.”

Rahul maintained that he wouldn’t respond to the Left attack, saying he realised why the Marxists had targeted him. “So I will absorb all their attacks with happiness. From me, you will not hear a word in my campaign against the CPM,” he said.

He made it clear that his party’s fight was against the BJP and its ideological mentor, the Rashtriya Swayamsevak Sangh.

“On the idea of Kerala, the south and the Northeast there is an attack taking place by the RSS and the BJP. It’s very important I give a message that I will stand from south India and north India,” he said.

“My aim is to give the message that in south India there is a feeling that the way the government is functioning, the way Narendra Modi and the RSS is working, they have angered so many people in the country,” said Rahul.

Rahul said he wanted to highlight how the RSS was targeting institutions and cultures of southern states. “This is a nation of different thoughts and different languages and all languages and thought processes are necessary,” he said.