Rahul Gandhi lashes out at Modi government over Rafale deal

Why is the Centre not ready for a JPC probe, asks senior Congress leader 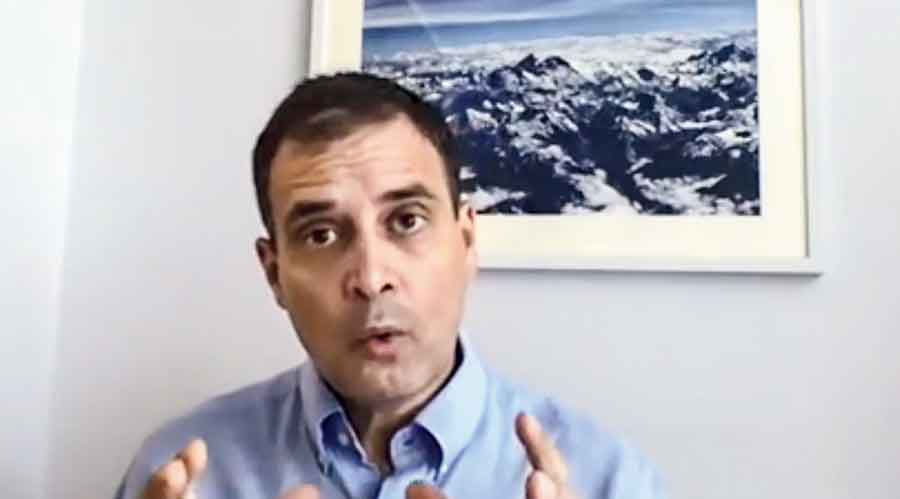 A day after the Congress demanded a JPC probe into the Rafale deal, Congress leader Rahul Gandhi on Sunday put out an online survey asking why the Modi government was not ready for it.

Among the choices given by Gandhi to the question were guilt conscience, saving friends, JPC does not want a Rajya Sabha seat and all the above.

"Why is the Modi government not ready for a JPC probe? -- guilt conscience, saving the friends, JPC does not want a Rajya Sabha seat and all of these are right," he said in Hindi on Twitter, while putting out the survey.

Gandhi has been alleging corruption in the Rafale fighter jet deal for long now and had made this as a major poll plank in the 2019 Lok Sabha elections, which the Congress lost badly.

Meanwhile, addressing a press conference, Congress national spokesperson Pawan Khera asked why the government was silent over France's decision to order a probe into the deal.

"It's been 24 hours since France has ordered a probe into the Rafale deal on matters like corruption, influence peddling, money laundering, favouritism. The whole nation, the whole world is now looking to New Delhi. Why the silence," he asked. As per a report by ndtv.com, he claimed that huge amounts of money were paid to middlemen in the deal, according to documents available now.

A French judge has been appointed to lead a "highly sensitive" judicial probe into suspected "corruption" and "favouritism" in the Rs 59,000 crore Rafale fighter jet deal with India, French investigative website Mediapart has reported.

The Congress has demanded a Joint Parliamentary Committee(JPC) probe into the Rafale deal, alleging corruption in the purchase of the fighter jets, and said such an investigation is the only way forward to find the truth.

The main opposition party had further said that Prime Minister Narendra Modi should order the investigation and come clean on the deal.