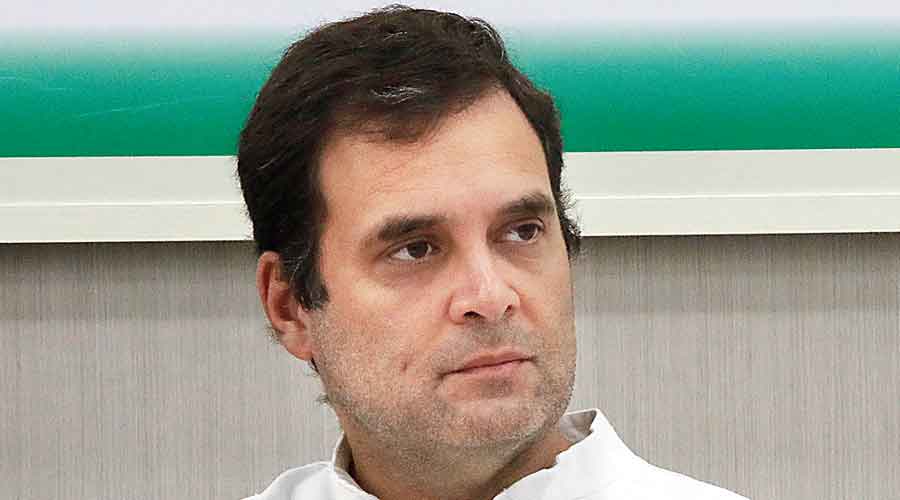 The Congress on Wednesday said the Narendra Modi government’s failures and apathy had created a crisis on every front, from the economy and democracy to border security, and deepened the people’s misery.

Introducing a video that is part of the dharohar (legacy) series the Congress started a few days ago to familiarise the new generation with the freedom struggle, Rahul accused the BJP of divisive politics.

“Divide and rule was a despicable policy and will always remain so. Such a policy was defeated by the country in the past and (it) will do it again today because brotherhood and harmony are the foundations of our democracy,” he tweeted.

With these two tweets, Rahul has covered the entire range of issues the Congress has raised against the Modi government, from the economy and the Chinese intrusion to the handling of the pandemic, the politics of hate and the federalism row over GST compensation.

The Congress has also objected to the cancellation of Question Hour — when MPs can question the government — for the coming Parliament session and the lack of transparency around the PM-Cares Fund.

Former finance minister P. Chidambaram said in a series of tweets: “The auditors of PM-Cares Fund have confirmed that it received Rs 3,076 crore in just five days between March 26 and 31, 2020. But the names of these generous donors will not be revealed. Why? Every other NGO or trust is obliged to reveal the names of donors contributing more than a threshold amount. Why is the PM-Cares Fund exempt from this obligation? The donee is known. The trustees of the donee are known. Why are the trustees afraid to reveal the names of the donors?”

On the cancellation of Question Hour, Lok Sabha MP Shashi Tharoor tweeted: “I said four months ago that strongmen leaders would use the excuse of the pandemic to stifle democracy and dissent. The notification for the delayed Parliament session

blandly announces there will be no Question Hour. How can this be justified in the name of keeping us safe? Questioning the government is the oxygen of parliamentary democracy. This government seeks to reduce Parliament to a notice-board & uses its crushing majority as a rubber stamp for whatever it wants to pass. The one mechanism to promote accountability has now been done away with.”

Mahila Congress chief Sushmita Dev said: “Not allowing Question Hour... means the nation will not know the truth about Chinese incursions, PM-Cares fund, the Covid-19 situation, failure of the economic package.... Our system of checks & balances is being destroyed. Shame on the Government of India.”

The Opposition is raring to ask questions, though, and the session is likely to witness serious disruptions.

Congress communications chief Randeep Surjewala tried to explain the seriousness of the situation.

“The common man may not understand the financial implications of declining GDP growth but he knows snatching the livelihood option of workers is cruelty. People walking home barefooted during the lockdown and empty buses remaining stranded is a sin,” he said.

Surjewala said that in a country that had launched the Mars orbiter Mangalyaan, “a girl covering hundreds of kilometres with her father on a bicycle is helplessness”.

“Deleting doctors’ Twitter account because they asked for PPEs is dictatorship. When ramping up testing was necessary, diverting attention by asking people to light up lamps is injustice. People dying at home while hospital beds are vacant is corruption,” he said.

“Slapping fine(s) on common people for not wearing masks and leaders holding rallies is regressive. People may not understand GDP but they know describing disastrous decisions like demonetisation as a masterstroke is a lie. Blaming God for the economy slowing down for six years is a crime. This darkness breaks the common man.”

Surjewala said that according to the National Crime Records Bureau, 42,480 farmers and farm workers had committed suicide in 2019 alone.

“The youth, daily wage earners, labourers, farmers are all in distress because of the BJP’s bad governance. The figures for the lockdown period will be dreadful. Modiji, shed your arrogance and waive farmers’ loan,” he said.