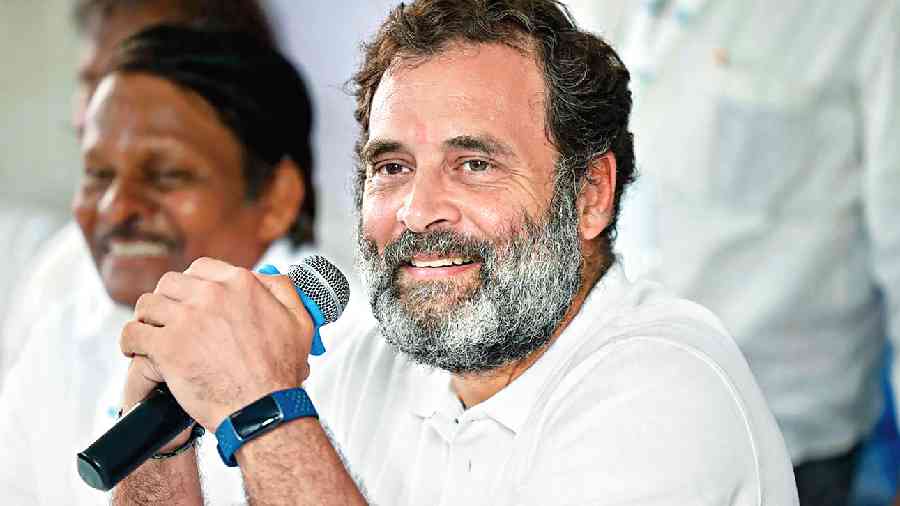 Congress leader Rahul Gandhi on Saturday claimed that had Prime Minister Narendra Modi established dialogue with the farmers who were protesting against the new agriculture laws, "733 lives" would have been saved.

He was speaking at a corner meeting at Bhastan village in Maharashtra's Buldhana district during his Bharat Jodo Yatra.

Speaking at the end of the day's march, he paid tributes to the farmers who lost their lives while protesting against the farm laws which were withdrawn by the Union government on this day last year.

"Farmers are the voice of this nation. The agriculture laws were anti- farmer and hence they launched an agitation on the outskirts of Delhi, but the Modi government ignored their demands," Gandhi said.

The laws were meant to help a few industrialists, he alleged.

"The government has police, weapons, administration, and the farmers had only their voice. Due to the arrogance of this government, 733 farmers lost their lives during the agitation," the Congress leader said.

The Yatra halted at Bhendval in Jalgaon-Jamod taluka of Buldhana district on Saturday night.

The Congress on Saturday also marked the 105th birth anniversary of former prime minister Indira Gandhi by organising a special 'padyatra' for women along with the Bharat Jodo Yatra which proceeded from Shegaon to Jalamb in the district.

The special march comprised women functionaries of the party and members of self help groups (SHGs), all of whom wore colourful outfits.