The Delhi government has ordered schools to be closed till November 5; all construction activities have also been banned till Tuesday 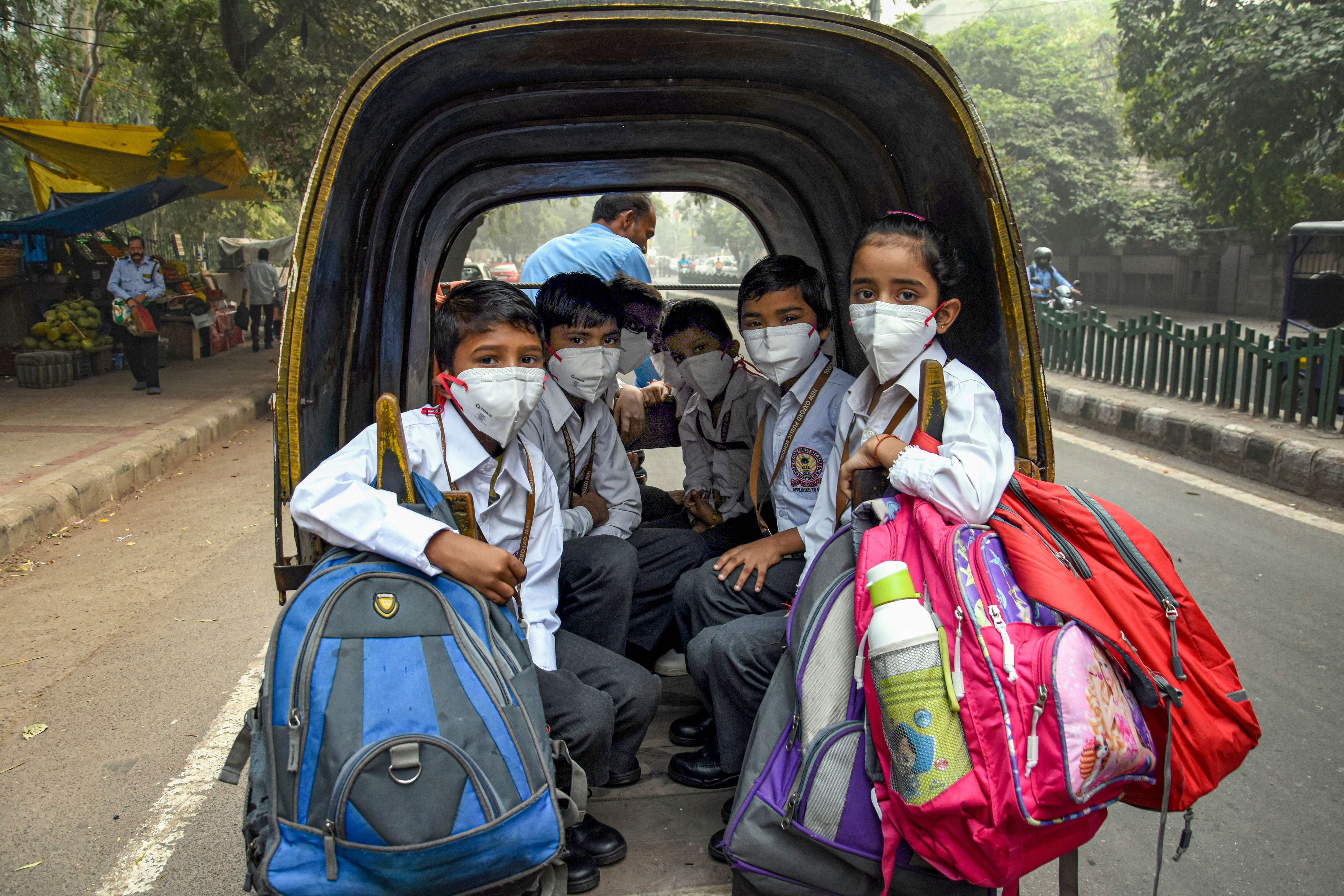 A Supreme Court-mandated panel on Friday declared a public health emergency in the Delhi-NCR region and banned all construction activities till November 5.

As pollution level in the region entered the 'severe plus' category, the Environment Pollution (Prevention and Control) Authority also banned the bursting of crackers during the winter season.

The air quality in Delhi-NCR deteriorated further Thursday night and is now at the 'severe plus' level, EPCA chairperson Bhure Lal said in a letter to the chief secretaries of Uttar Pradesh, Haryana and Delhi.

'We have to take this as a public health emergency as air pollution will have adverse health impact on all, particularly our children,' he said in the letter.

In view of the air pollution and its effects on children, the Delhi government has decided to shut all schools till November 5.

'In the wake of rising level of pollution caused by stubble burning, the Delhi government has decided to shut all schools till November 5,' Delhi chief minister Arvind Kejriwal tweeted.

The chief minister also met the EPCA chairman and assured him of all cooperation in implementing the Graded Response Action Plan.

'I had an excellent meeting wid Sh Bhure Lal ji, EPCA chief. I sought guidance from him and reiterated the commitment of our govt in dealing wid pollution. I also assured him all cooperation in implementing GRAP and other measures,' Kejriwal said in another tweet.

Deputy chief minister Manish Sisodia had on Wednesday said the decision to shut schools would be taken 'when the need arises'. In November 2017, the government had shut schools for a few days due to the deteriorating air quality.

In an earlier tweet, Kejriwal said Delhi has turned into a 'gas chamber' due to smoke arising out of crop burning in Punjab and Haryana.

On Friday morning, the national capital's pollution level increased overnight by around 50 points, taking the overall air quality index to 459.

A Central Pollution Control Board official said the AQI entered the 'severe plus' or 'emergency' category late Thursday night, the first time since January this year.

The number of masked faces continued to grow as the city remained shrouded in pungent haze for the fourth consecutive day.

All the 37 air quality monitoring stations across Delhi recorded the air quality in the severe category on Friday morning.

Neighbouring Ghaziabad was the most-polluted city in the country, with the levels of PM2.5 — tiny particulate matter less than 2.5 microns that can enter deep into the lungs — reaching as high as 493.

'Intake of every 22 micrograms per cubic metre of polluted air is equivalent to smoking a cigarette. So whether the PM2.5 level is 700 or 300 units, the impact is still as bad. People need to take precautions, especially those suffering from asthma, bronchitis or other respiratory illness,' said Dr Arvind Kumar, lung surgeon at Sir Ganga Ram Hospital in the national capital.

The government, however, started distributing 50 lakh N95 masks, considered one of the good quality masks for tackling smog, among school students in Delhi on Friday morning.